President Michael D Higgins is leading tributes to the founder of the Superquinn supermarket chai...

President Michael D Higgins is leading tributes to the founder of the Superquinn supermarket chain, Feargal Quinn, who has died at the age of 82.

He passed away peacefully at his home in Howth after a short illness.

He is survived by his wife Denise, their five children - Eamonn, Stephen, Gillian, Donal and Zoe - as well as 19 grandchildren.

Mr Quinn was also a former member of the Seanad, having served on the National University of Ireland panel for 23 years.

Superquinn was founded in 1960 and became famous for quality products, such as Superquinn sausages.

It was bought by the Musgrave Group plc in 2011 and three years later, all remaining stores were rebranded as SuperValu. 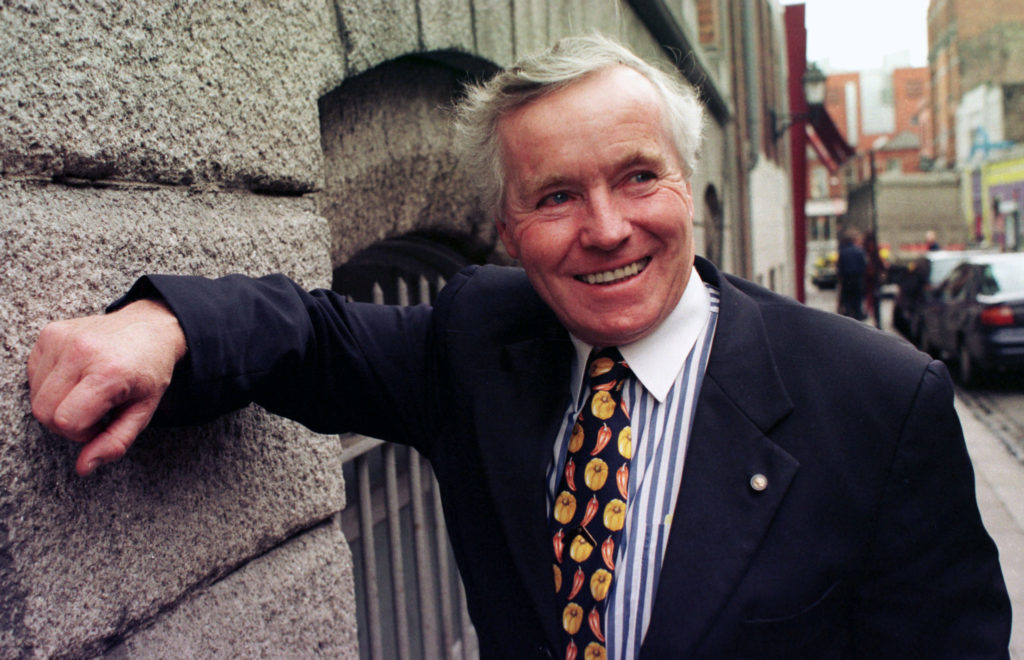 President Higgins said: "It is with great sadness that I have heard of the passing of former Senator and businessman, Feargal Quinn.

"Feargal was a gifted entrepreneur, whose vision of customer service and innovation transformed the landscape of the retail trade in Ireland over many decades.

"As a lifelong supporter of small businesses and start-up companies, countless numbers of people benefited from his wise counsel, which was based on a highly successful career at the coalface of Irish business."

"He will be deeply missed not just by his family and wide circle of friends, but also by those who served in the Seanad with him, where he will be remembered as a force for change, as a passionate advocate on business and related matters, and as an eloquent debater.

"He was renowned for his courteous contributions and responses to both supporters and opponents."

The Cathaoirleach of Seanad Éireann, Denis O'Donovan, has expressed his condolences to Mr Quinn's family and friends.

Senator O'Donovan said: "The contribution that Mr Quinn made to political, business and social fabric of our country was immense.

"I would like to express my condolences to the wife, children and grandchildren of Mr Quinn.

"Mr Quinn was hugely popular with all members, and across party boundaries, and a great voice for the University panel. He went about his work in a diligent and dignified manner."

Chris Martin, the CEO Musgrave Group, said said: "We are saddened to hear of the passing of Feargal Quinn.

"As the founder of Superquinn, Feargal was a visionary in Irish food and a retail pioneer.

"Beyond the world of retail, Feargal made a significant and lasting contribution to Irish society and to political life as a member of Seanad Éireann.

"He was a leader who will be deeply missed. Feargal was also a good friend to Musgrave and on behalf of everyone here, I would like to share our condolences with his family, friends and colleagues at this difficult time."

LISTEN BACK: @SenatorMcDowell joined Ivan to pay tribute to his friend Feargal Quinn.

He was a "battler" and a "business innovator". https://t.co/FpRQAO88Uj

While An Post Chairman Dermot Divilly also paid the following tribute to Mr Quinn - who was the first chairman of the company.

"We are very saddened by the death of Feargal Quinn, the first chairman of An Post.

"He worked tirelessly over a decade from 1979 to set the postal service and post office network on a sound, forward-looking, modern footing.

"He showed exemplary dedication and vision during these formative years and he remained a loyal supporter of An Post throughout his life.

"He is remembered with the greatest respect and fondness. Our sincere sympathy to Denise and all his family."

Fine Gael Seantor Martin Conway said he was "saddened to hear the news".

Saddened to hear the news of the passing of my former colleague Fergal Quinn. A great politician with enormous integrity & a pioneering businessman always ahead of his time

TD for Dublin North-West, Noel Rock, said: "Sad to hear about Feargal Quinn. One of the nice guys in life. Always made me smile when I met him".

Fianna Fáil leader Micheál Martin said: "His achievements in business and in the Seanad were significant and are well known, but what set him apart was his personal warmth and great integrity.

"We have lost a true gentleman with his passing."

Very sad to learn of the death of Feargal Quinn. His achievements in business and in the Seanad were significant and are well known, but what set him apart was his personal warmth and great integrity. We have lost a true gentleman with his passing.

While businessman Gavin Duffy said it was "very sad news".

Just hearing the very sad news that Feargal Quinn (82) founder of Superquinn has died. To his son Eamon and his siblings and mother Denise my deepest condolences. The Quinn Family Feargal, and his cousins Ruarí & Lochlainn have contributed so much to this country. RIP pic.twitter.com/X6HClhjZIh

Former Senator Averil Power said: "He was an absolute gentleman and made a huge contribution to Irish life as a businessman, politician and philanthropist."

Very sad to hear Feargal Quinn has died. I had the great pleasure of being both an employee of his as a teenager and a colleague of his in the Seanad. He was an absolute gentleman and made a huge contribution to Irish life as a businessman, politician and philanthropist. https://t.co/C5fAGjIlat

Sad to hear of the passing of Feargal Quinn the gentleman of Seanad Éireann. It was my privilege to work with Feargal as Minister to ensure the enactment into law of his Bill to protect sub-contractors. His contribution to Irish public affairs has been immense. https://t.co/c6ipzTQWyk

Retail Excellence Group CEO David Fitzsimons said: "Today we have lost a giant of the world of retail, a treasure trove of knowledge and advice and an enthusiastic supporter of aspiring retail leaders and entrepreneurs.

"Feargal's family can be justly proud of his achievements and his lasting legacy.

"I had the distinct privilege of knowing Feargal and, in 2007, presenting him with a well-deserved lifetime achievement award - just one of three presented in the history of our annual awards."

Chief executive of the organisation, Philip Watt, said: "Cystic Fibrosis Ireland is very saddened to learn of the death of former Senator Feargal Quinn who was a tireless campaigner for improved organ donation, including what is now called 'soft opt-out' organ donor consent. 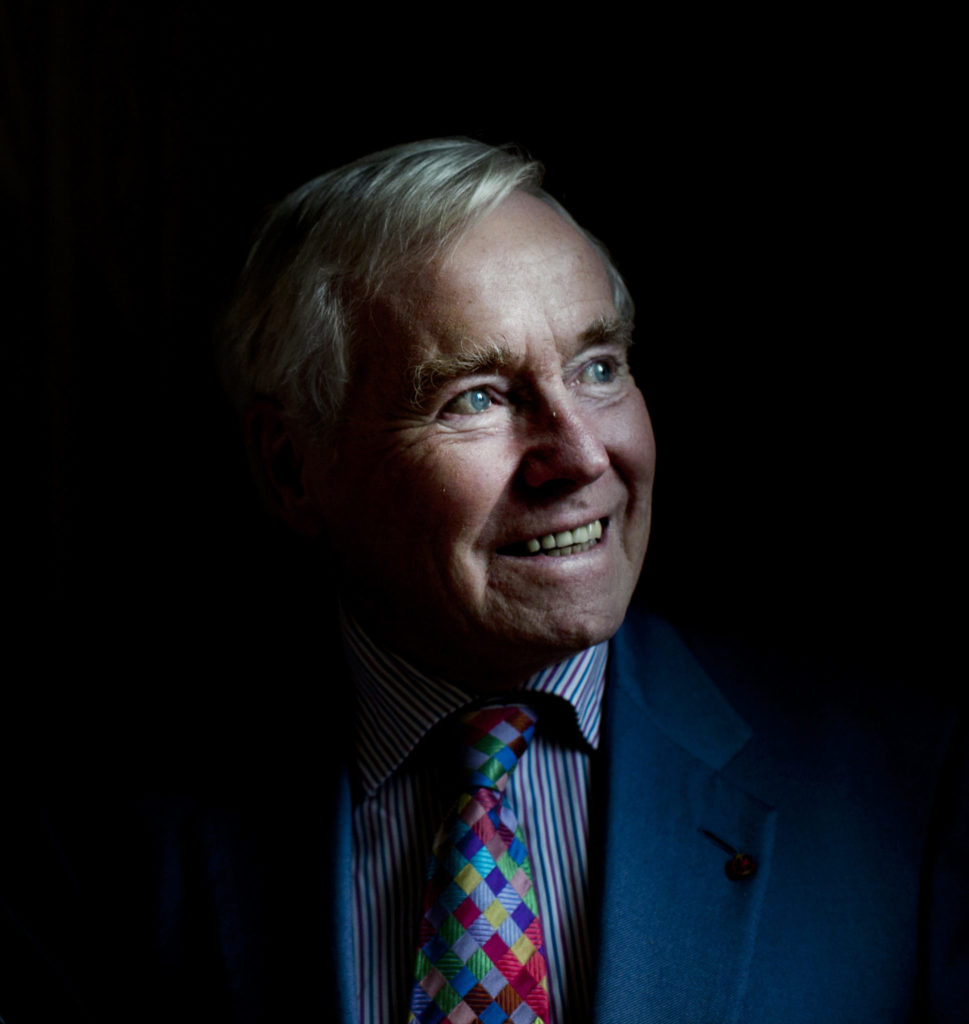 "The former senator introduced the Human Body Organs & Human Tissue Bill 2008 as a Private Members Bill, and was the initial impetus behind the current moves to introduce soft opt-out organ donation legislation which is shortly to come before Government for approval.

"His objective in championing the cause of organ donation was to save lives and the new legislation will undoubtedly form a key part of the extensive legacy that he leaves behind.

"It would be entirely fitting that the former senator's contribution to the forthcoming soft opt-out legislation should be acknowledged in some way when the Human Tissue Bill commences its legislative journey.

"On behalf of the cystic fibrosis community in Ireland, Cystic Fibrosis Ireland wishes to record its deep appreciation of the former senator's contribution to advancing the cause of organ donation, and to extend its deepest sympathy to Feargal's wife Denise, his children, relatives and wide circle of friends."

Group to report back on licence fee reform by November - Martin