Stranded dog saved from drowning with sausage dangled from a drone

Rescuers in the UK have saved a stranded dog from drowning by dangling a sausage from a drone.

Stranded dog saved from drowning with sausage dangled from a drone

Rescuers in the UK have saved a stranded dog from drowning by dangling a sausage from a drone.

Millie the Jack Russell Terrier was running loose in a treacherous marshland area in Hamshpire when rescuers realised she had stumbled into an area that would flood with the rising tide.

She had already evaded the efforts of police, the coastguard and search teams for three days when rescue teams realised that, if she wasn’t moved before the tide returned, she was likely to drown.

With time running short and Millie spooked by the kayakers that were trying to reach her, a local drone operator suggested luring her to safety with a flying sausage. 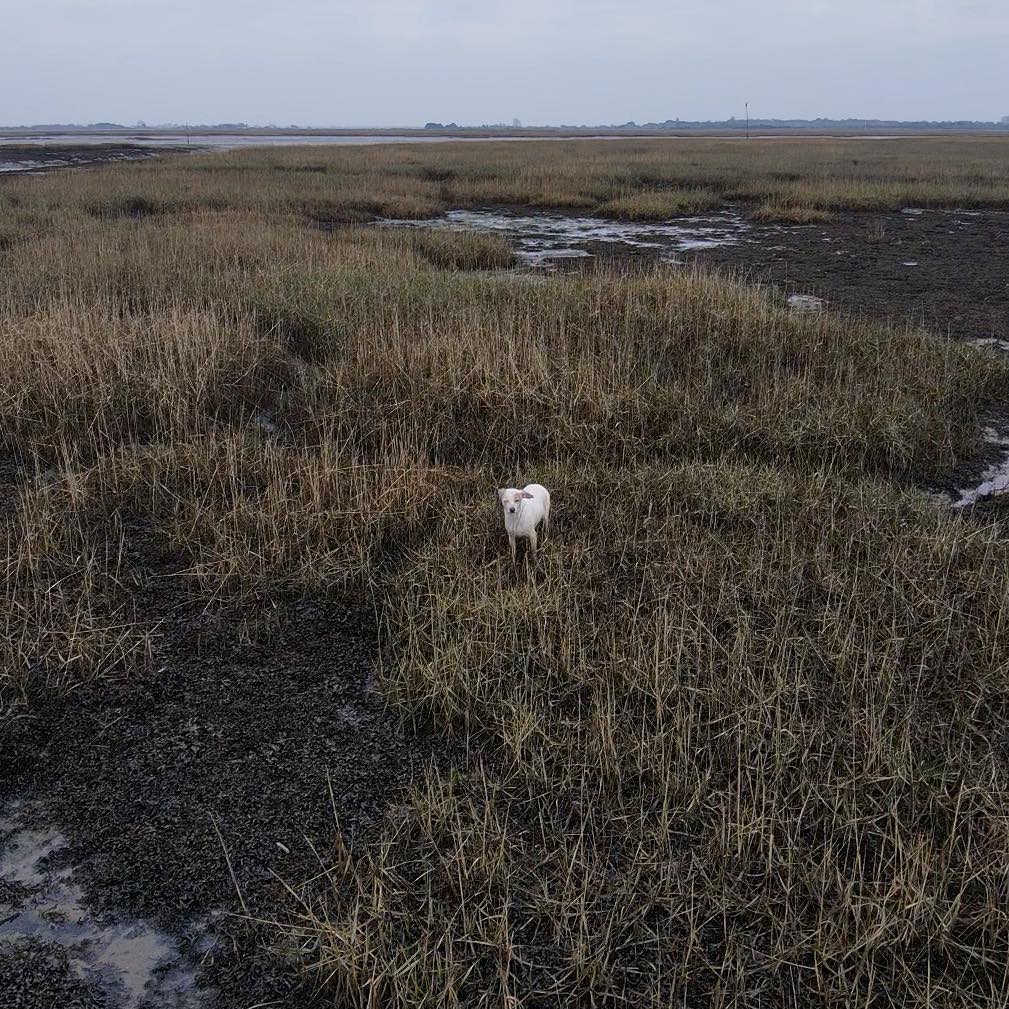 Denmead Drone Search & Rescue (DDSR), a local non-profit that helps search for missing pets, sent out two drones dangling two-ounce sausages on bits of rope – coaxing her away from the danger area and to safety.

“After employing the expertise of some locals, we were told if Millie wasn't moved within a few hours, she would have been cut off,” the organisation wrote on social media.

“The area she was in underwater, with drowning highly likely. We had to think fast, one of our fully qualified drone pilots, suggested attaching food to the drone, to try and lure her out of the danger area.”

“We didn't think it would work, but it did. We managed to lure Millie 300m over into a safety zone. Luckily, she stayed in that area, so we had prevented her from possibly drowning.” 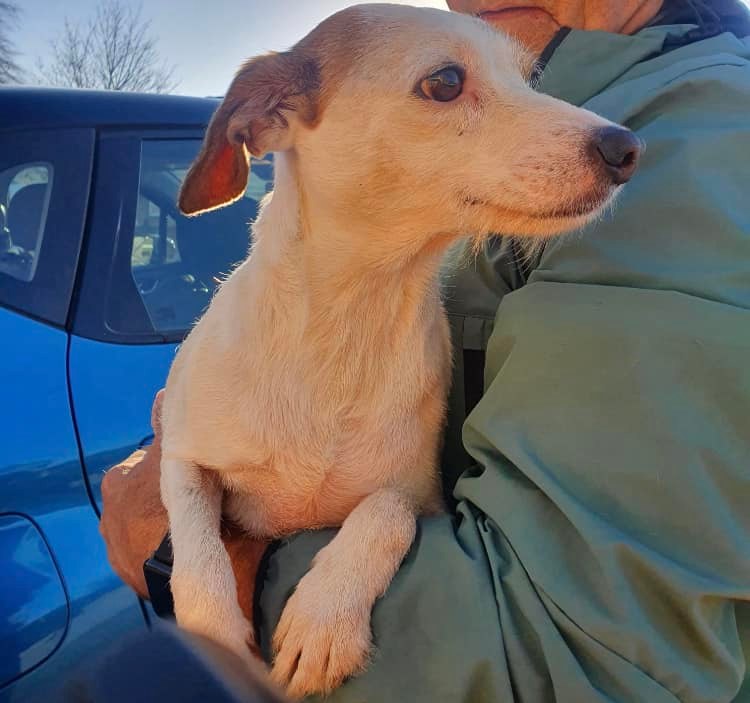 Millie safe and well after her ordeal. Image DDSR/FB 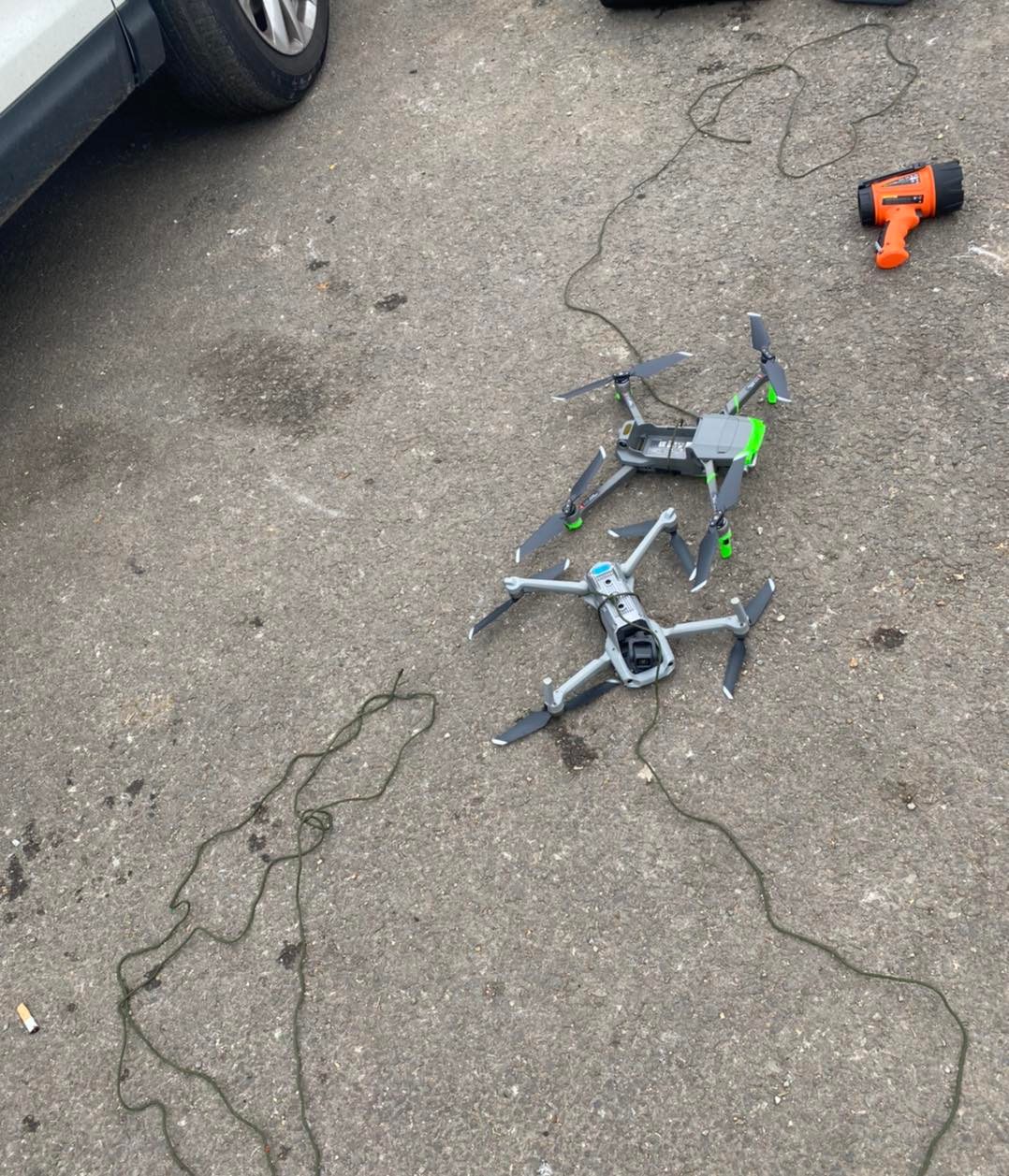 Drones loaded with sausages as the tide draws in. Image: DDSR/FB

Despite the lucky escape, Millie’s ordeal wasn’t over. She made her way inland and was spotted near a busy main road in the area.

Despite multiple sightings and an ongoing search attempt, it was three days later she was finally reunited with her owner, care manager Emma Oakes.

She has now been to the vet for a check-up and is “absolutely fine” after her adventure.