One Dublin Bus driver said she has 'had enough' of being abused while at work.

Kathleen Owens was speaking as figures show Dublin Bus drivers have been assaulted 429 times over the last five years.

"My last incident was just over a week ago," she said.

"[I was] quite happily doing my job, going into work and driving the bus, and before I knew it I just heard an almighty roar: 'Stop, stop the f***ing bus' - top volume all over a full bus of people.

"I looked in my rearview mirror, there was a man - a grown, mature man - thundering up the middle of the bus.

"He hammered on my cab window and told me to 'Stop the f***ing bus now you stupid bitch'.

"Then carried on in more obscene comments and shouts; there was nothing low volume about this at all, this was all done top volume very, very aggressively.

Kathleen said she has to concentrate on keeping the bus moving.

"It definitely took me by surprise, I'll say that much, but I had to obviously try and keep control of a bus full of people who were obviously as shocked as I was.

"It was extremely intimidating, and then when I pulled in at the bus stop he said 'Open the f***ing door' and I said 'I'll open the door now when the police come - I've had enough of this'.

"One woman said to him 'Leave her alone, she's just doing her job' and she was told 'Zip it you interfering b***h' - and I thought now he's abusing my passengers." 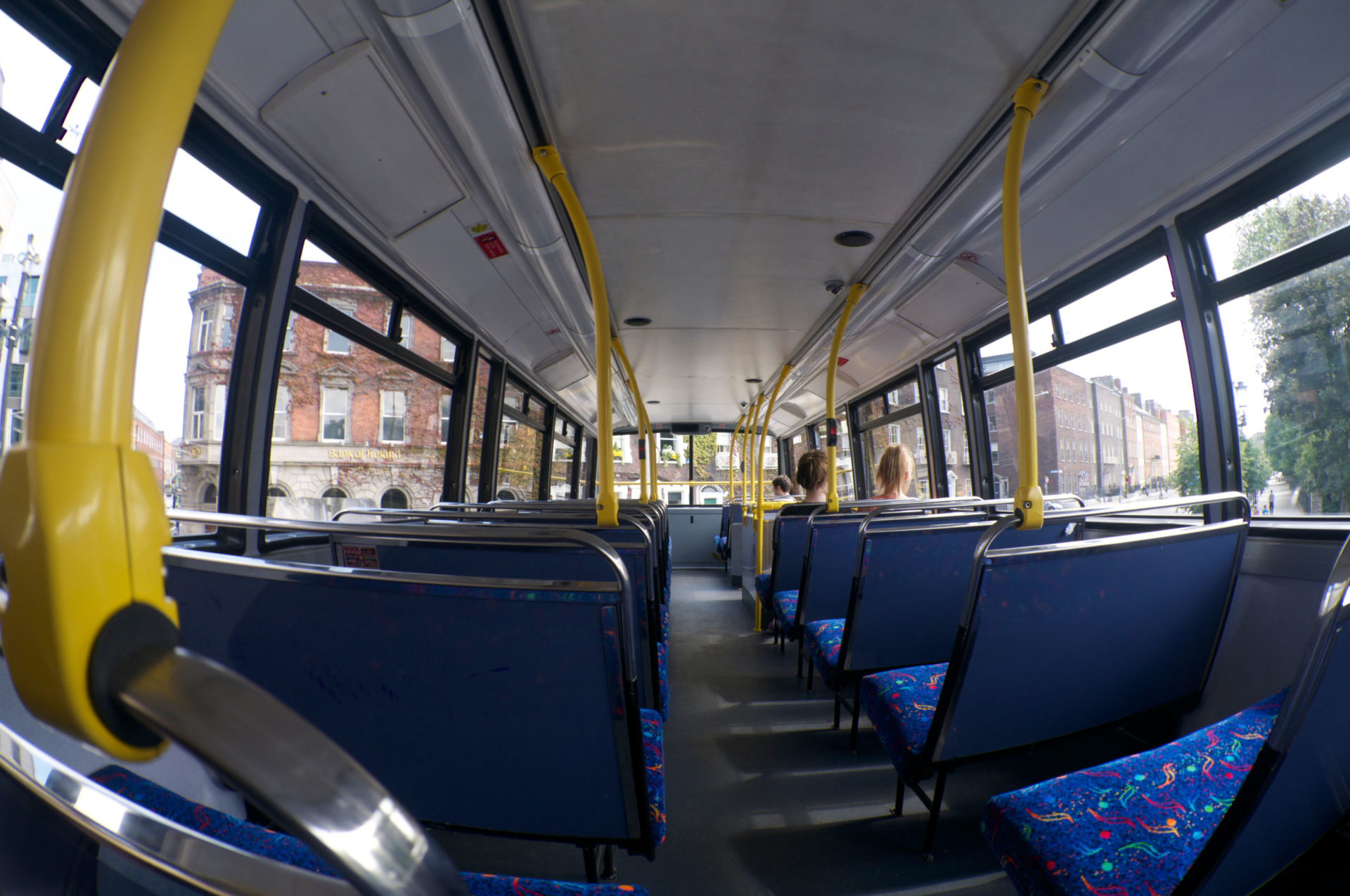 A view inside a Dublin Bus. Picture by: Keith Poynton / Alamy Stock Photo

She said the Gardaí did arrive, but had been on several other callouts for the same reason.

"They eventually came [and] apologised for the delay, because it was their third callout that evening and it only just past 8 o'clock," she said.

"I just thought why are we putting up with this on a regular basis?

"Of course you're rattled, it's only natural [when] you're confronted with something like that it's going to rattle you.

"I was asked by the Garda what I wanted to do, and I said at that point 'My position is I'm a bus driver, it's my job - my directive is to get my passengers to their destination in a safe and timely manner' so I carried on."

Asked what needs to change, Kathleen said: "Have a bit of empathy, we are just in doing our job.

"I listened to a show there the other day where the transport companies are fined because there's no service going into certain communities.

"The fact is our employers are trying to protect us - it's a vicious circle and it needs to change", she added.