The concentration of carbon dioxide in the atmosphere is at its highest level in human history an...

The concentration of carbon dioxide in the atmosphere is at its highest level in human history and has just seen its second highest year-on-year rise since records began.

The US National Oceanic and Atmospheric Administration (NOAA) said the average amount of carbon dioxide it recorded in the atmosphere at its Hawaii observatory last month peaked at 414.7 parts per million (PPM).

This is the highest seasonal peak it has recorded since it began monitoring the atmosphere 61 years ago.

It also marks the seventh year in a row that the observatory on top of Hawaii’s largest volcano has recorded a steep rise in carbon dioxide concentration.

The peak value recorded in May was 3.5ppm higher than the same month last year – the second highest jump on record. 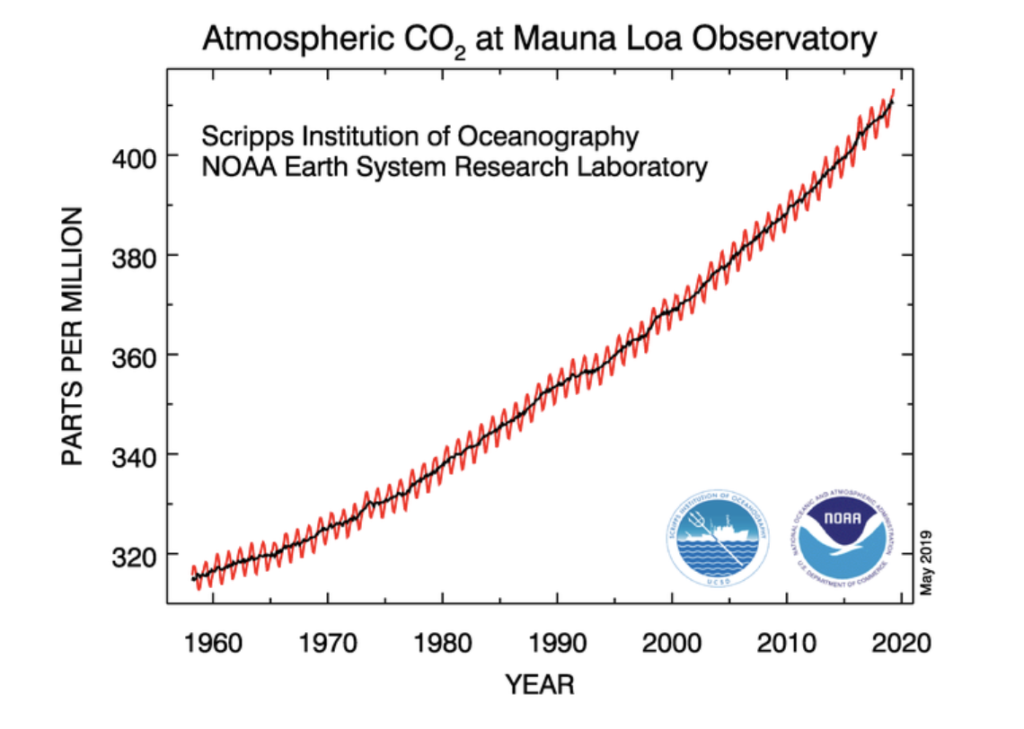 Pieter Tans, senior scientist with NOAA’s Global Monitoring Division said the long-term measurements are “critically important” when it comes to understanding how quickly fossil fuel pollution is changing our climate.

“These are measurements of the real atmosphere,” he said.

“They do not depend on any models, but they help us verify climate model projections, which if anything, have underestimated the rapid pace of climate change being observed.”

He said that when Maun Loa volcano observatory began its observations the amount of carbon dioxide in the atmosphere was rising at around 07ppm ever year.

Dr Tans said: “There is abundant and conclusive evidence that the acceleration is caused by increased emissions.”

For more than a decade, climate scientists have warned that allowing the amount of carbon dioxide in the atmosphere to pass 450ppm could see the rise in global temperatures pass the 2C – beyond which the effect of global warming are likely to become catastrophic and irreversible.

At its current rate the concentration will breach 450ppm in ten years time.

Atmospheric carbon dioxide levels reach their peak in May every year because plants in the northern hemisphere enter their growing season in June.

“Many proposals have been made to mitigate global warming,” said Dr Tans. “But without a rapid decrease of carbon dioxide emissions from fossil fuels they are pretty much futile.”

The NOAAs Global Greenhouse Gas Reference Network provides the foundational research dataset for international climate science by collecting data from Mauna Loa and a number of other sampling stations around the world.