Nearly nine-in-ten adults living with their parents would prefer to move out, according to a new ...

Nearly nine-in-ten adults living with their parents would prefer to move out, according to a new study.

The CSO Life at Home report has found that half of parents living with adult children would prefer them to move out.

Meanwhile, 88% of the adults living with their parents would prefer their own place.

The study also found that just over three-quarters of people living in rented house-shares feel they will never be in a position to own their own home.

On Newstalk Breakfast this morning Journalist and Former Government Advisor, Carol Hunt said her adult children have no plans of moving on any time soon.

“I love them to bits but they don’t have a hope in hell of moving out,” she said. “Either affording rent or buying a home in the foreseeable future.

“My youngest just told me he will still be living with me when he is 35 and it is not because he loves my cooking.” 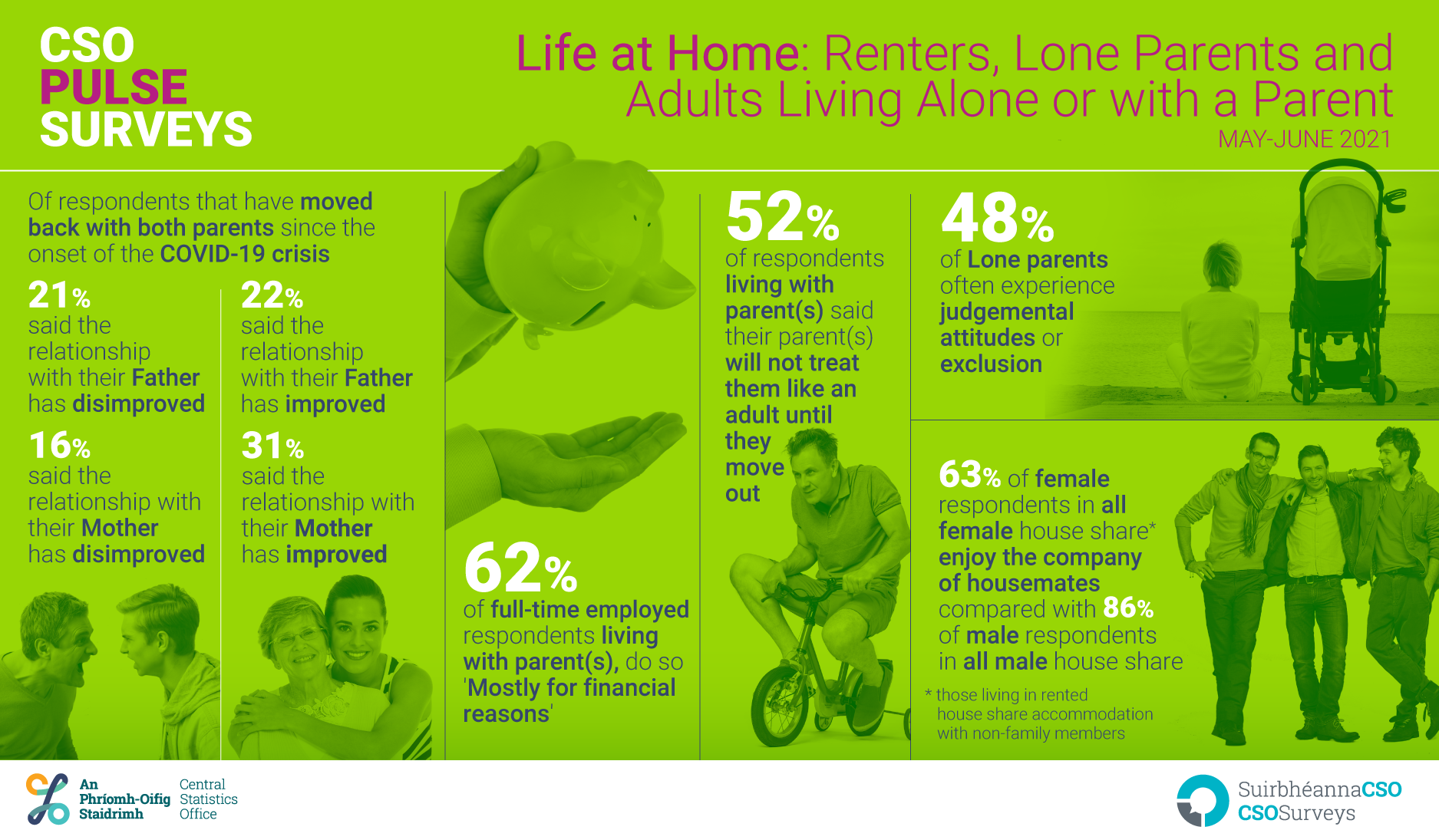 She said many young adults in Ireland are facing a stark choice.

“They have no prospect of moving out,” she said. “It is either stay here with mammy and daddy or emigrate; that is basically all they see as their options at the moment - which is terribly sad.”

According to the CSO survey, some 62% of full-time workers living with their parents do so for mostly financial reasons.

More than half said their parents will not treat them like an adult until they move out.

Ms Hunt said it all comes down to finances.

“It is to do with rent and mortgages and the great gap there is between earning power and what you have to do to buy a home,” she said.

“I remember, in my parent’s day, one good working-class salary would get you a decent home and you would pay about a third of your salary towards your mortgage – which is supposed to be the healthy thing to do.

“Nowadays, most households would have too good salaries and, in Dublin anyway, over 50% of that is going towards a mortgage or going towards rent.”

The CSO also found that 72% of full-time workers feel they will never be able to buy a home.

While seven-in-ten people living in house-shares enjoy the company of others, more than half said they don’t have enough privacy.

Nearly 45% reported feeling lonely all or most of the time – a higher proportion than the rate reported among lone parents or people living alone.

You can listen back to Ms Hunt here: