Denmark's Christian Eriksen is recovering in hospital after collapsing during a Euro 2020 game in...

Denmark's Christian Eriksen is recovering in hospital after collapsing during a Euro 2020 game in Copenhagen last night.

The midfielder collapsed during his country's game against Finland and had to be resuscitated on the pitch.

His condition is described as stable and he continues to be hospitalised for further examination today.

A barrier was erected while Eriksen received medical treatment on the field and his teammates also shielded him from view.

The 29-year-old received CPR for about 10 minutes before being taken off on a stretcher.

The incident has highlighted the need for sporting organisations to have defibrillators on hand and further raised awareness of the importance of people being trained in life-saving techniques.

Speaking to Máire Treasa Ní Cheallaigh on Newstalk Breakfast Weekends, Conor Gormley, a three-time All Ireland winner with Tyrone, said the scenes on the pitch in Copenhagen brought him back to what happened to his father three years ago.

Tonight's Star of the Match is Christian Eriksen. Wishing you a speedy recovery, Christian. #EURO2020 pic.twitter.com/gJPa7P2nAx

Conor was playing a club league game and as they were coming out of the dressing room for the second half, he was informed that his dad had collapsed.

"I made a beeline for the stand and hopped the fence, there was a load of people around and we were lucky there were nurses in attendance at the game as well," he said.

"Last night's scenes really brought back how lucky we were the defibrillator was there.

"It was shocking to see your loved one go down like that and lying there and not responding but we're so lucky now that he's still alive and doing well."

Conor explained there was a lot of commotion around his dad when he collapsed but despite being fearful, his focus was on keeping calm to use the defibrillator. 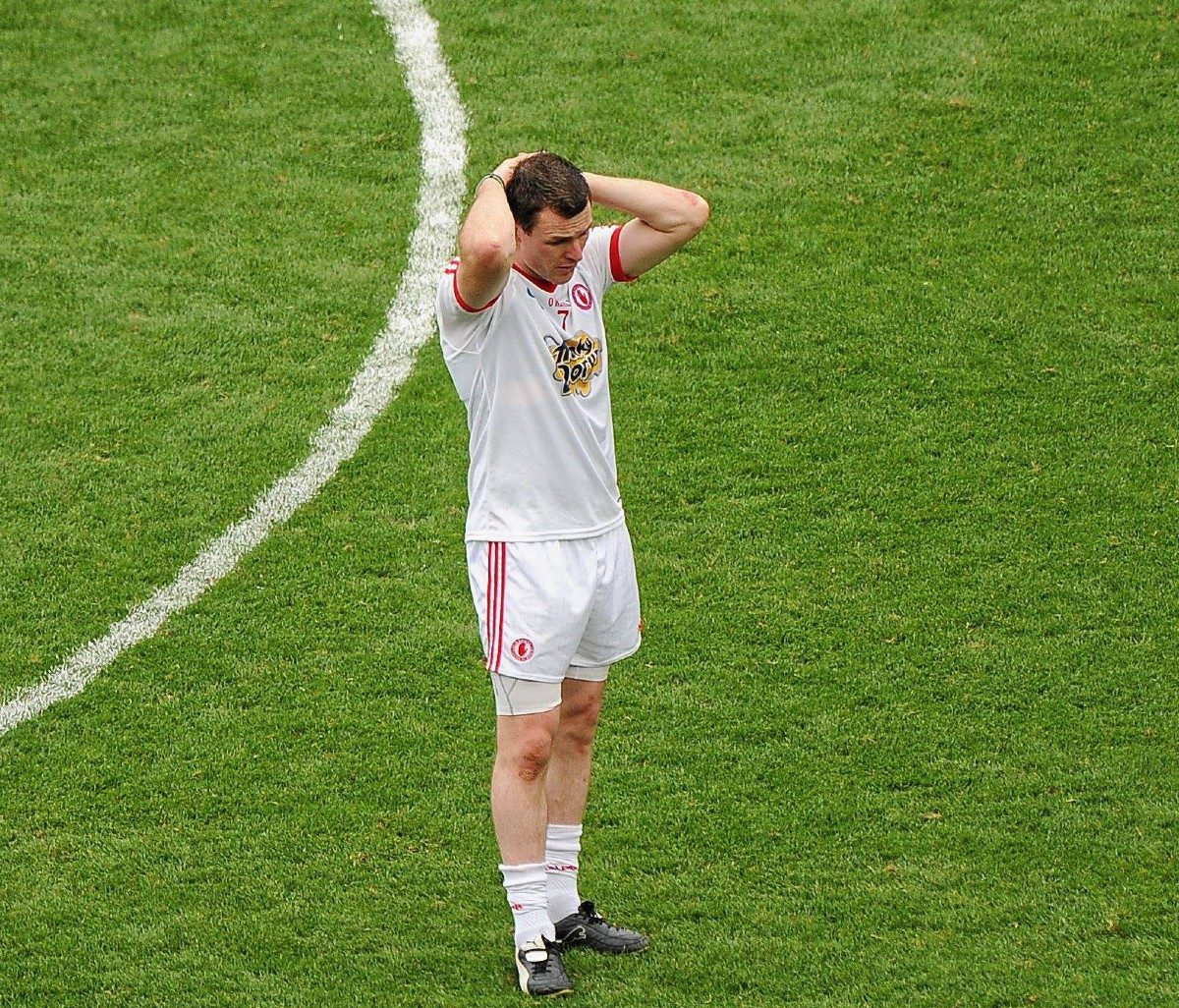 He said the defibrillator provides the user with instructions and outlines each action to take.

"It's an amazing machine and it's something that all clubs, no matter whatever level they're at, should really get and have on site," he said.

"It's very important to keep it up to date, the batteries don't last that long so make sure it's good to go.

"They're an amazing machine and the more available they are, the more lives are saved.

Conor believes more should be done, especially in secondary schools, to highlight the importance of defibrillators and life-saving techniques.

"More could be promoted on the CPR and first aid part of it as well, what to do, and the first instances after someone collapses or something does happen, that they are aware of what to do," he said.

"I didn't think as a family going down that evening to play a club league game that we would end up in Craigavon hospital with my dad being flatlined basically for a few minutes.

"Some people would be fearful of going to somebody in an accident or not knowing what to do, so education is massive."

Main image: Instructors demonstrate resuscitation with the use of a defibrillator on a resuscitation manikin in a first-aid course. Photo: Jens Kalaene/dpa-Zentralbild/dpa