Three more patients in England have tested positive for coronavirus, bringing the total number of...

Three more patients in England have tested positive for coronavirus, bringing the total number of UK cases to 23.

The county's chief medical officer, Professor Chris Whitty, said two of the patients had recently returned from Italy and the other one from Asia.

The cases are from Gloucestershire, Hertfordshire and Berkshire.

Prof Whitty said: "All three are being investigated and contact tracing has begun."

Meanwhile South Korea has urged its citizens to stay indoors this weekend and warned of a "critical moment" in the coronavirus battle, while the global risk has been raised to the highest level.

The country recorded its biggest daily jump in cases and is the worst-hit by the outbreak after China.

"Please stay at home and refrain from going outside and minimise contact with other people," said the country's Deputy Health Minister Kim Kang-lip.

As many as 476 of the new coronavirus cases were from Daegu, a city in North Gyeongsang Province in the country's southeast, where a large religious sect at the centre of the outbreak is located.

Tests have been carried out on more than 210,000 members and 65,000 trainees of the fringe Christian group, Shincheonji Church, after a woman known as "patient 31" attended services there before testing positive for COVID-19.

About 3,300 had shown symptoms such as fever, said the vice health minister.

Some local officials want to press charges against the church and claimed it had refused to give a full list of its members.

The group has denied the claim and has complained of "slander and oppression". 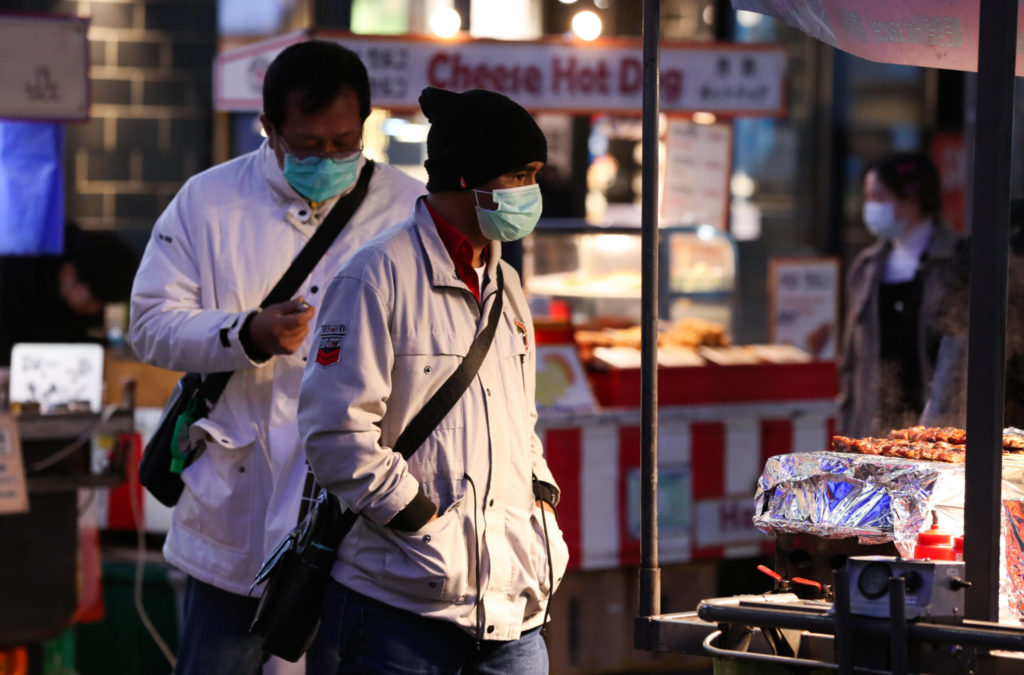 As South Korea battles to contain the outbreak, China - where the virus began - has reported another drop in new cases.

On Saturday it reported 427 new cases and 47 deaths over the past 24 hours. Most were confined to the city of Wuhan - the origin of the outbreak in December - and the surrounding province.

The number of patients being discharged is now far more than those being admitted and Wuhan now has more than 5,000 spare beds.

But as more cases are identified outside Asia - including countries such as Nigeria, New Zealand and the Netherlands recording their first cases - the World Health Organisation (WHO) raised the global risk level for COVID-19 to the highest possible level.

WHO's director-general Tedros Adhanom Ghebreyesus warned on Friday that that it would be a "big mistake" to switch from a public health strategy of containment to mitigation - where authorities accept the coronavirus is spreading.

The United Nations chief, Antonio Guterres, also urged governments to "do everything possible".

"We know containment is possible, but the window of opportunity is narrowing," he told reporters in New York.

As fears grow that the latest case may usher in an escalation in the number of US cases, the country is using a federal defence law to boost the production of gloves, masks and gowns.

President Donald Trump said on Friday that he would decide "very soon" about whether to bar people from countries with the most cases from entering the US.

COVID-19 has been fatal in 2% of reported cases, with the elderly and ill the most vulnerable, according to the WHO.

There is no vaccine yet for the new viral infection - but the WHO has said more than 20 vaccines are in development globally - and several therapeutics are in clinical trials.

More information on the coronavirus can be found here