There are calls for new legislation to enforce social distancing after large crowds of drinkers g...

There are calls for new legislation to enforce social distancing after large crowds of drinkers gathered in parts of Dublin over the weekend.

Pubs around the country had their first weekend of service over the weekend; however, it was on the city’s streets that the issue arose.

Gardai walking around the streets in Dublin City Centre to make sure pubs are not breaking the guidelines on social distancing, serving food or time limits etc

Yet this is allowed on Dame Lane..... pic.twitter.com/4inEgsY2Rm

On Newstalk Breakfast this morning, the CEO of the Restaurants Association of Ireland Adrian Cummins said he was shocked to see the video.

“I couldn’t believe the disregard to public health by customers and people when we are in the middle of a worldwide pandemic,” he said.

“If you were a health worker and you were looking at this, you would be absolutely disgusted at what you saw on Saturday night.

“So we don’t condone it and I think serious action needs to be taken now to ensure this does not happen again and we have said the Gardaí need beefed up powers to make sure what we saw on Saturday night don’t happen again.”

Under current laws, pubs are permitted to sell takeaway pints provided customers do not drink them within 100 metres of the premises.

“I know that is a tough call but I think we have to do the right thing now and take the short-term pain for the long-term gain,” he said.

“Because 99% of businesses are doing the right thing.”

Gardaí have said they will object to the renewal of a pubs licence if they are found to breaking the guidelines; however, Mr Cummins said that will be “too little too late” if we are faced with a second wave before licences come due for renewal in September.

Still have people doubting the video; here’s another video of the Dame Lane area from last night; came across this on Instagram pic.twitter.com/9h5piWYX46

Stags Head was closed, and the majority of people from what I could see were drinking cans https://t.co/QQmvkO9ZZh

Later in the show, Labour Councillor Joanna Tuffy called for local councils to employ social distancing wardens to ensure guidelines are being followed.

“Those social distancing wardens could help prevent the type of large gatherings that occurred over the weekend,” she said.

“Social distancing wardens could ask groups to disperse or to move further apart from each other or make a wide enough passage for people to pass by.” 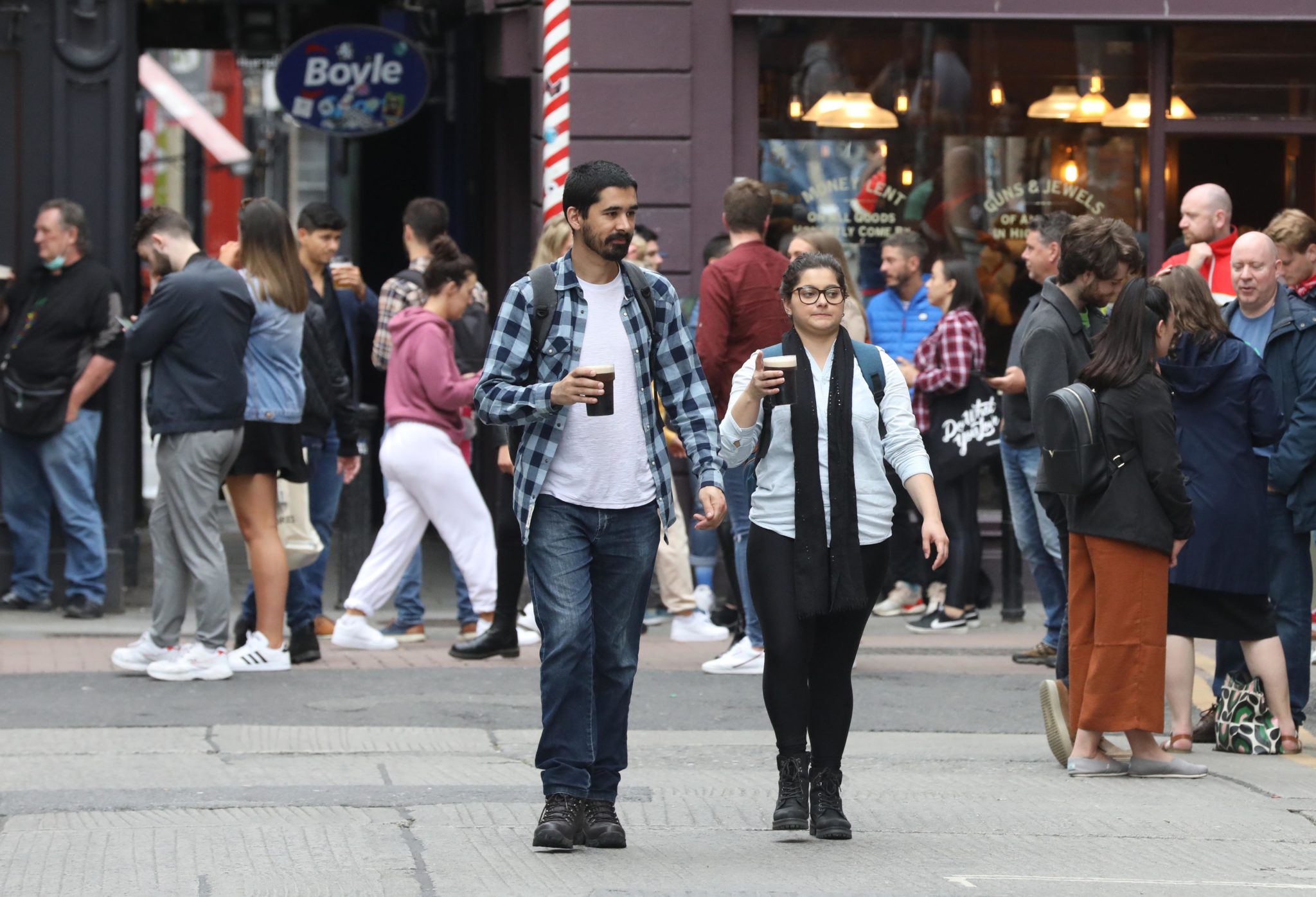 She said councils already employ school wardens to enforce safe driving around schools and said “people do take heed of them.”

“There is no confrontation around them but if there was, then the school wardens are backed up by gardaí,” she said.

“Social distancing wardens could be the same thing and they could provide extra resources because gardaí have other jobs to do.”

You can listen back to both interviews here: