A small brown rat which lived on an island off northern Australia is the world's first mammal kno...

A small brown rat which lived on an island off northern Australia is the world's first mammal known to have become extinct due to "human-induced climate change".

A report by the Australian government said the endangered Bramble Cay melomys was not found in a March 2014 survey.

The survey had "the explicit aims of establishing whether the Bramble Cay melomys still persisted on the island" of Bramble Cay.

But it said a thorough survey - involving 900 small mammal trap-nights, 60 camera trap-nights and two hours of active daytime searches - produced no record of the species.

It said this confirmed that "the only known population of this rodent is now extinct."

Information from a professional fisherman who visited the island annually for the past 10 years suggested that the last known sighting of the mammal was made in late 2009. 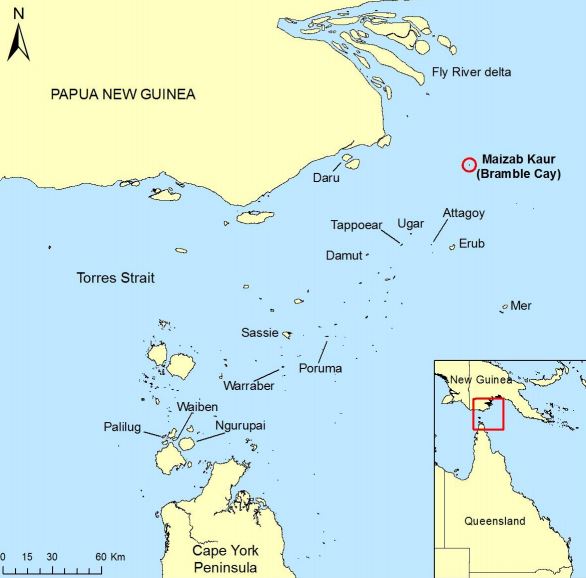 The location of Bramble Cay Island (highlighted in red) | Image: © The State of Queensland

During the survey, it documented that "physical processes" may have impacted adversely on the cay's physical environment.

The report said: "The key factor responsible for the extirpation of this population was almost certainly ocean inundation of the low-lying cay, very likely on multiple occasions, during the last decade, causing dramatic habitat loss and perhaps also direct mortality of individuals."

"Available information about sea-level rise and the increased frequency and intensity of weather events producing extreme high water levels and damaging storm surges in the Torres Strait region over this period point to human-induced climate change being the root cause of the loss of the Bramble Cay melomys."

It added that since efforts have failed to record the Bramble Cay melomys, the assertion that Australia has lost another mammal species can be made "with considerable confidence."

The government said it is for these reasons that the Bramble Cay melomys qualifies for "listing as extinct in the wild under both state and federal legislation."