The latest Policy Expertise and Trust in Action (PERITIA) survey, led by UCD, also found that four-in-five feel the Government was motivated by “protecting its own reputation” through the pandemic.

The study surveyed over 12,000 people across six European countries to examine public trust in science and Government through the pandemic.

People in Poland (72%) were most likely to believe their government was motivated by making money through the pandemic, followed by Italy (65%), the UK (62%) and then Ireland (58%).

When it comes to COVID, how strongly would you say the Government is motivated by ... Making a lot of money? 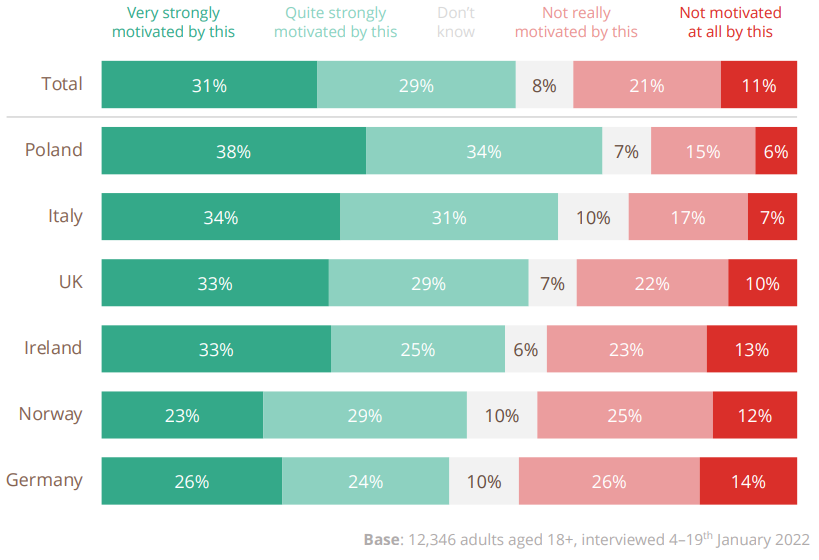 Meanwhile, Ireland and the UK had the highest proportion of people (74%) who believed their governments were motivated by protecting their own reputations, followed Italy (73%) and Poland (69%).

When it comes to COVID, how strongly would you say the Government is motivated by … Building or protecting their own reputation? 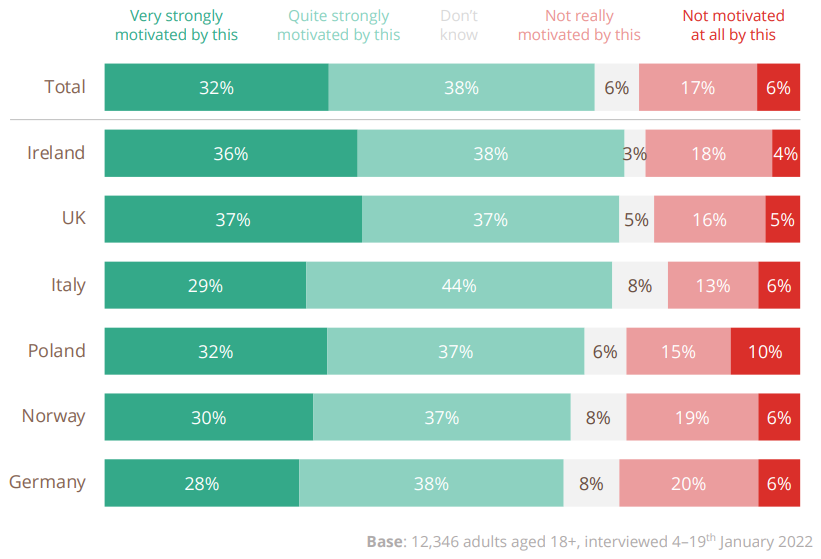 In contrast the survey found that people in Ireland had the highest regard for the competency of scientists responding to the pandemic.

Some 77% of people said scientists involved in the COVID response were motivated by concerned for those most likely to be harmed by the pandemic – compared to just 66% in Norway and 65% in Germany.

Meanwhile, three-in-four people in Ireland said scientists were motivated by the thought the public were counting on them – the highest of all countries surveyed.

“This major study across six countries measures the publics’ perceptions of the COVID-19 Pandemic and key institutions reactions to it,” said PERITIA Project Leader and UCD Philosophy Professor Maria Baghramian.

“A key point in Ireland is the publics’ high level of belief and trust in advice from the scientific community.

“Given the high regard for scientists in Ireland, this perhaps validates, or at least explains, the Government’s decision to put NPHET at the forefront of public advice on action and measures to combat COVID-19 during the pandemic. Their advice was more likely to be listened to and trusted.”

Just 42% said they thought the scientists were motivated by money – a far lower proportion than the 67% who thought so in Poland and the 61% in Italy.

Only 12% of people in the Ireland thought scientists involved in tackling coronavirus were ineffective – compared with 59% who said they had performed well.

Even so, just over one-in-ten believes COVID scientists were dishonest in dealing with the pandemic.

The PERITIA project is investigating public trust in experts and examining the role of science in policy decision making.

The latest survey was carried out by the Policy Institute at King’s College London and covered six countries – Ireland, the UK, Italy, Germany, Norway, and Poland.

Some 2,030 people in Ireland were interviewed for the survey.