The government must follow other countries in introducing price caps on energy in the wake of ris...

The government must follow other countries in introducing price caps on energy in the wake of rising bills and a cost of living crisis.

That is according to Sinn Féin party leader Mary Lou McDonald who believes more needs to be done to help people stay in Ireland and attract international talent.

Speaking on The Anton Savage Show, McDonald said that temporary price caps would ease the burden on families and workers this winter.

"The only way that you can deliver caps like this - and our proposal is to bring costs back to where they were in summer 2021 and cap them for a number of months - the only way you can do it is by doing it", Deputy McDonald said.

"It is by no means unique to Sinn Féin."

Despite this, the government has slammed the proposal, with Finance Minister Paschal Donohoe describing the suggestion as "utterly reckless" as it would be "the equivalent of writing a blank cheque".

He told The Anton Savage Show today: "The money that we have is the people's money - money that we either collect now in taxes or we borrow on your behalf in the future."

Thousands gathered in Dublin City today to protest the rising cost of living.

Demands include capping energy prices and rents, as well as introducing price controls on food.

A pay increase for workers is also needed, according to the Cost of Living Campaign.

Deputy McDonald welcomed the protest: "The cost of energy is at the heart really of this cost of living crisis that is literally crippling families, businesses all across the country and I very much hope that there will be thousands on the streets today to make their voices heard." 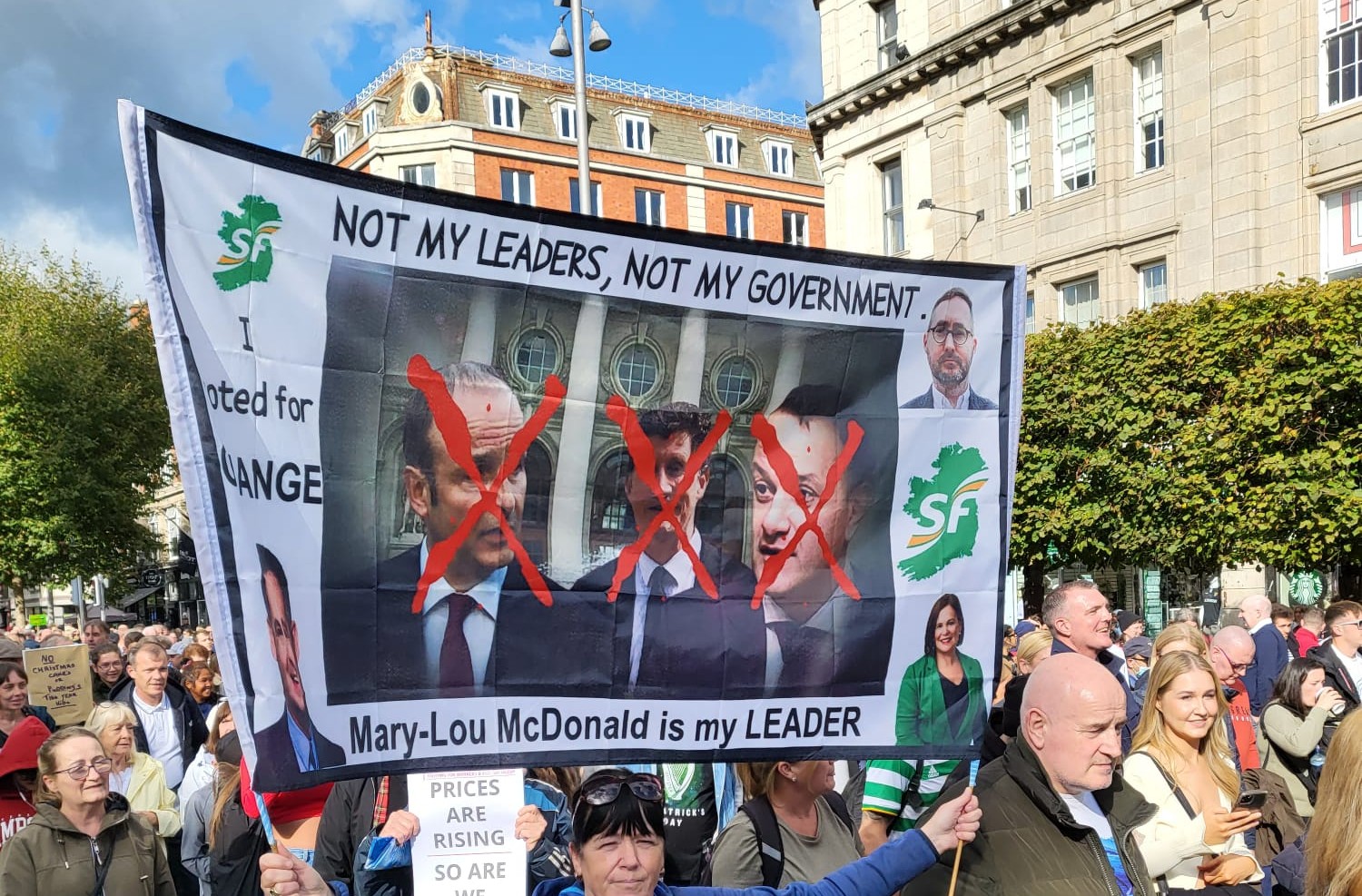 Sinn Féin believes a focus on tackling the housing crisis is needed when talking about the cost of living.

According to Deputy McDonald, more and more people are living in fear of losing their homes, while students can't afford to rent and prospective employees are afraid to travel here to work.

This is a problem, "if you want the best and the brightest to come to Ireland" and maintain Dublin as "a real international hub for talent".

"If we want our own people, particularly our young people, educated to the energetic, ambitious, skilled - if we want them to stay here, then they have to have somewhere to live and at the heart of that is decent housing", she said.