Just 11% of sexual offences reported to Gardaí last year have resulted in someone being charged.

The CSO this morning released its first batch of crime detection figures in two years.

They show that nine-in-ten sexual offences reported to Gardaí last year have yet to be prosecuted.

Meanwhile, investigators have had the most success with controlled drug offences – which have an 85% detection rate. 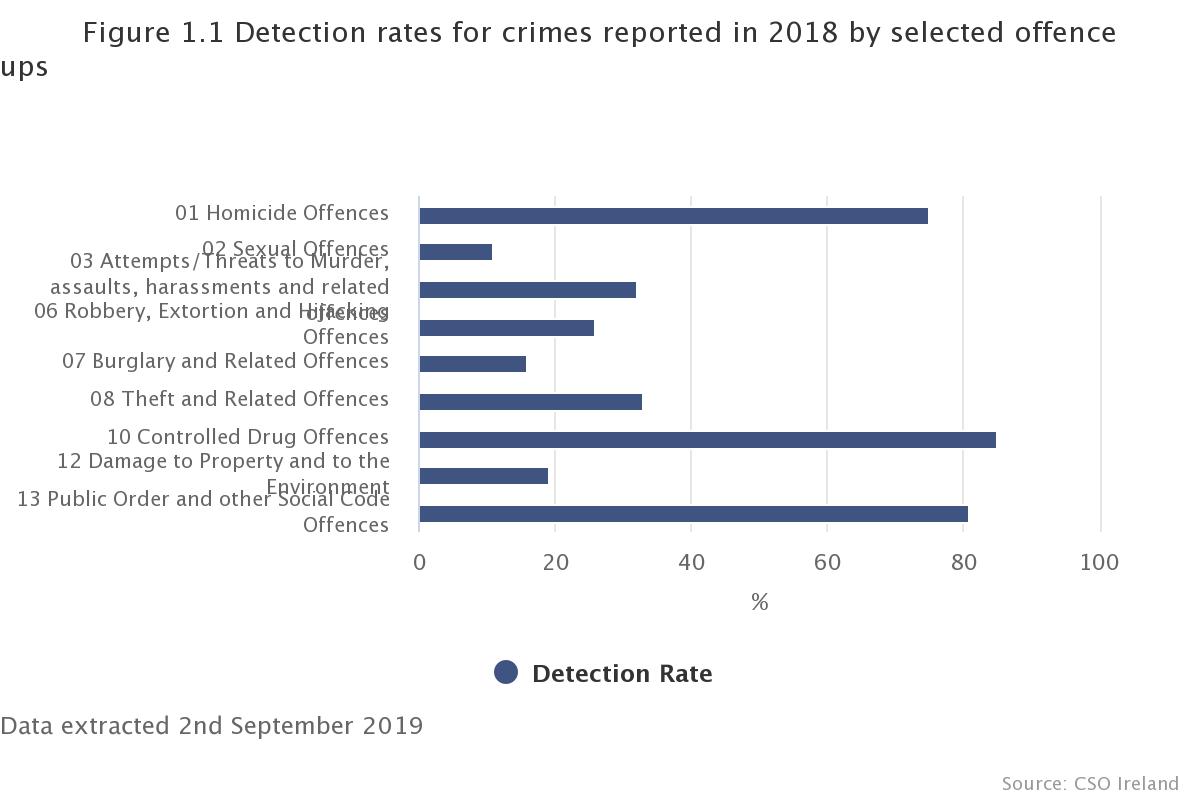 The CSO released the new batch of figures after new figures were released after Gardai introduced a new data quality management system for their crime statistics.

The authority said the figures will be classed as ‘Under Reservation’ until the new system meets CSO standards.

Garda Deputy Commissioner John Twomey said he is hopeful the new system will increase confidence in the Gardaí.

“Our message is to the victims of crime,” he said.

“Clearly, we want to help you in whatever way we can and we are making changes to our practices, to our processes, to our policies, and to our training to give you the confidence in that regard.”

According to the figures Gardaí have set prosecutions in motion for 75% of the murders reported in 2018 and 81% of the public order and social code offences.

Crimes with low detection rates include Burglary at 16% and damage to property and the environment at 19%.

CSO statistician Sam Scriven said the figures cover crimes reported in 2018 that had resulted in a charge by September 2019.

He said detection rates are likely to increase over time as more investigations are completed.

Cameron Blair trial collapses after witnesses failed to show up