The Central Statistics Office (CSO) this afternoon released figures on the reporting of serious crime to Gardaí in 2018.

The figures show that 82% of people who reported being the victim of a sexual assault were female.

Just over 60% of those reports concerned attacks that had occurred within the last year.

However, a quarter of the reports related to incidents which took place ten or more years ago. The CSO said the vast majority of these cases took place when the victim was under the age of 18. 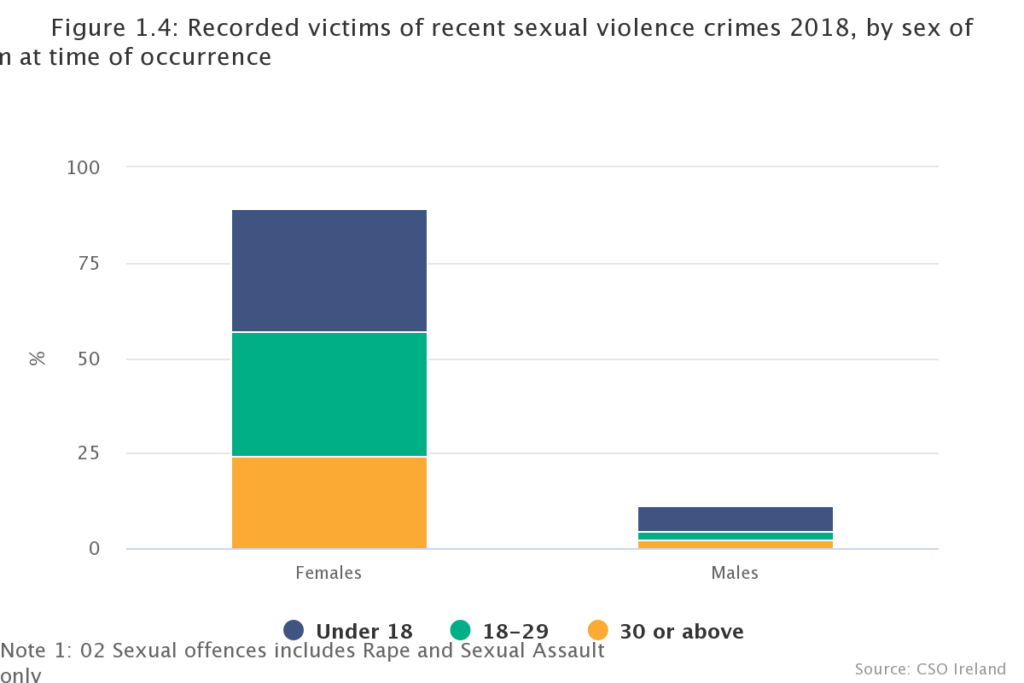 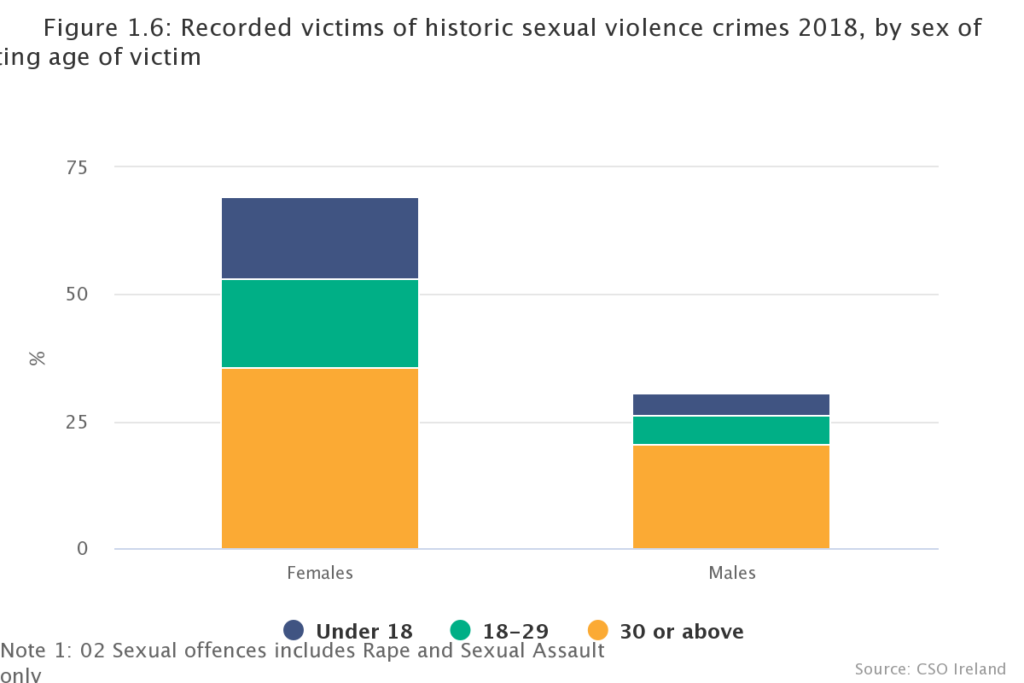 Meanwhile the vast majority of victims of non-sexual attacks were male.

Some 77% of murder victims were male, as were 59% of assault victims. 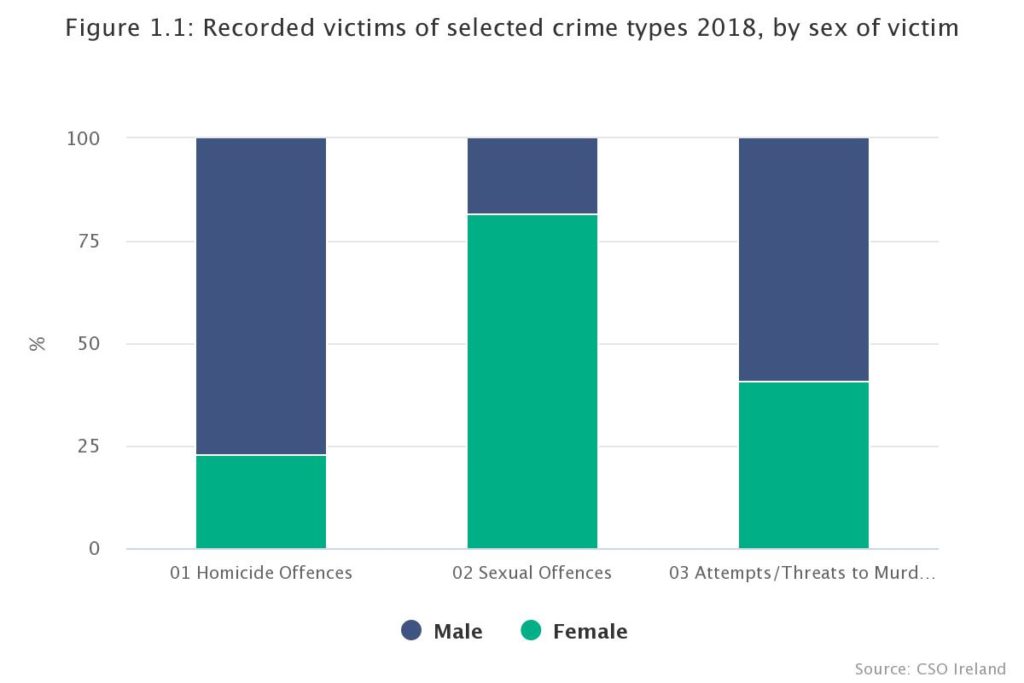 According to the figures, 2,266 women reported being the victim of a sexual assault to Gardaí last year - alongside 505 men.

A total of 57 men were murdered last year along with 17 women, according the Garda data.

There were 56 people recorded as being the victim of a manslaughter - 78% of whom were male.

Meanwhile, 28 people were recorded as being the victim of a Dangerous Driving Causing death offence. 75% of these were men.