Seamus Woulfe: What happens next, and what are the options?

The Taoiseach Micheál Martin is to meet with party leaders later this week to discuss the stand-...

Seamus Woulfe: What happens next, and what are the options?

The Taoiseach Micheál Martin is to meet with party leaders later this week to discuss the stand-off between judges over Seamus Woulfe's refusal to resign.

A legal expert is warning that an impeachment hearing would be an extremely long and difficult process.

As it stands Justice Woulfe has been sidelined as a Supreme Court judge for three months. and has offered to give his wages to charity.

If nothing happens, he will then pick up his duties in February and work alongside colleagues - knowing some of them disapprove of his behaviour in the 'Golfgate' controversy.

If on the other hand, the Oireachtas decides to act, politicians could engage in impeachment hearings which are likely to be long and difficult. 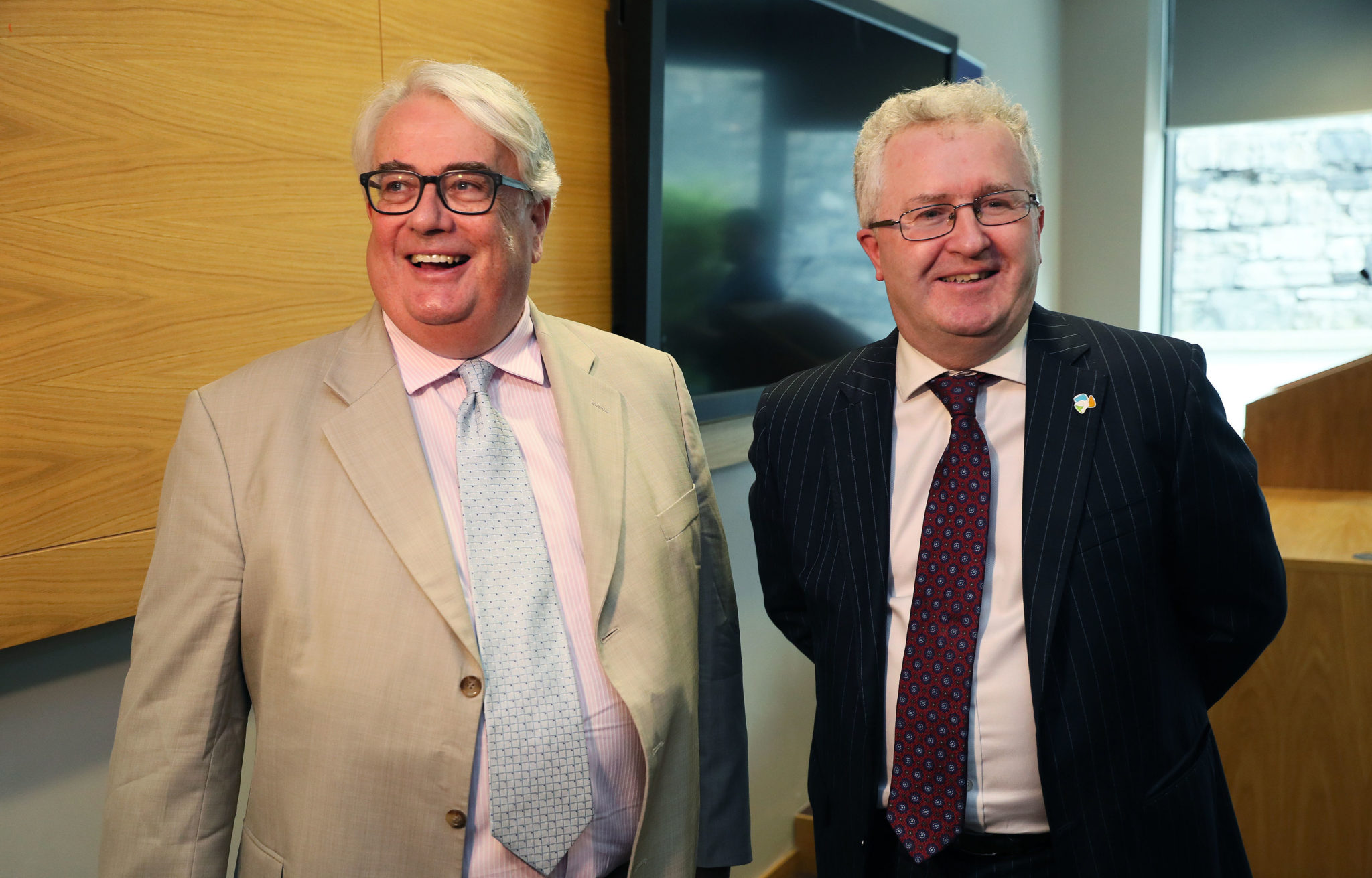 Any such hearings would likely bounce back and forth to the courts, meaning it could land in the Supreme Court with judges judging a judge.

Assistant Professor of Law at Trinity College Dublin, David Kenny, says it could all get very awkward.

"All this could kind of come back to the Supreme Court - or the Supreme Court could be asked to define what the Constitution means when it says 'you can be impeached for stated misbehaviour' - when it's obvious that at least some of the members do think that Judge Woulfe has misbehaved.

"But they haven't given any statement about that constitutional term".

A lot now lies in the hands of the Attorney-General who will give his legal advice to the Government on what should happen next.

The Government is checking diaries with opposition leaders to try to set up a meeting to agree a way forward on Thursday or Friday.

Some ministers feel this is something of a hospital pass from Chief Justice Frank Clarke to deal with the courts issue, but accept they may have to.

There is not a united view on what to do.

While some groups like People Before Profit are considering an impeachment motion in Justice Woulfe, no-one has made any decisions.

Others think there are not sufficient grounds to start impeachment hearings - as while Justice Woulfe's actions were ill-judged there has been no criminal offence.

Main image: Seamus Woulfe is seen in the Four Courts in Dublin in 2017. Picture by: Sam Boal/Rollingnews.ie