Schools in 12 counties will remain closed today due to Storm Barra.

Schools in 12 counties will remain closed today due to Storm Barra.

Status Orange wind warnings are in place for Donegal, Leitrim and Sligo this morning, while a yellow alert will remain for the country until this evening.

Initially, schools in 11 counties were told to close as they remained under Status Red or Orange warnings.

Dublin was added to the list shortly after 10pm after Met Éireann upgraded its status to Orange.

Schools in the rest of the country were cleared to open provided school managers had an opportunity to address any concerns and check for fallen wires and other serious damage in the vicinity of school buildings.

Individual schools were told to make their own decisions on reopening if the local area was experiencing any particular issues related to the storm.

📢The Department is advising that all early learning & care & school age childcare services that are currently or forecast to be in a Red or Orange alert area should remain closed tomorrow. This will allow for assessment of #StormBarra to take place: https://t.co/3yCArMRQTO

All early learning, creche and childcare services in the 12 counties were also advised to close.

The Junior Minister for the OPW, Patrick O’Donovan defended the closure of schools in orange areas.

“The Department of Education have ultimately the welfare of the children, the staff, the teachers, the bus drivers and everybody else [to consider],” he said. “Particularly in rural areas.”

He said storms are difficult to predict.

“There is always that difficulty when a storm is making landfall,” he said.

“It is also difficult to track up until the very last minute where it is going to make landfall.

Then as well as that there is the situation in relation to county boundaries. Especially when you have a huge county like Cork for instance. Which part of it should you turn red if you can't turn all of it red?” 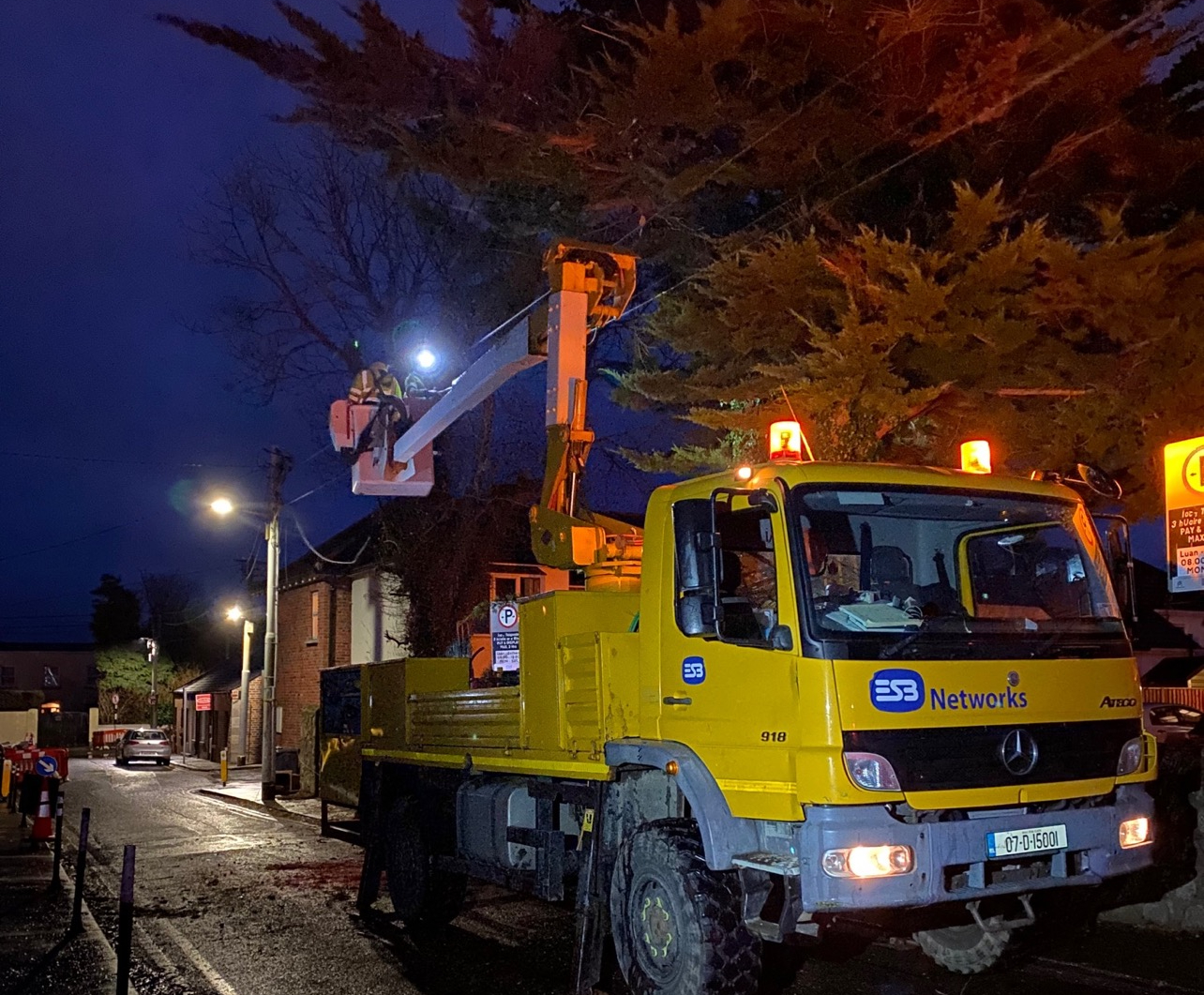 The storm has also led to the disruption of hospital services and public transport.

Meanwhile, tens of thousands of homes and businesses remain without power this morning.

“All of our available crews now will be mobilising at first light to go - where it is safe to so - to attend power outages and restore supply,” she said.

Videos and pictures from across the country yesterday showed the impact of the high winds in some areas.

The Status Orange warning in Dublin was lifted at 7am, while the wanrings in Leitrim and Sligo should be downgraded by 8am.

Donegal is set to remain orange until 2pm this afternoon.

The national Status Yellow warning is due to remain in force until 6pm.