The country will not be able to reopen as planned if we continue to see scenes like last night’...

The country will not be able to reopen as planned if we continue to see scenes like last night’s street party in Limerick, according to the Justice Minister.

Three people were arrested 30 fines were issued after Gardaí broke up the gathering on College Court in Castletroy yesterday evening.

A ‘significant number’ of Garda units were sent to the area after social media videos showed crowds of young people singing, dancing and setting off fireworks on the residential street.

On The Pat Kenny Show this morning, Justice Minister Helen McEntee warned that, if we see similar scenes around the country in the coming weeks, we will not be able to reopen as planned. 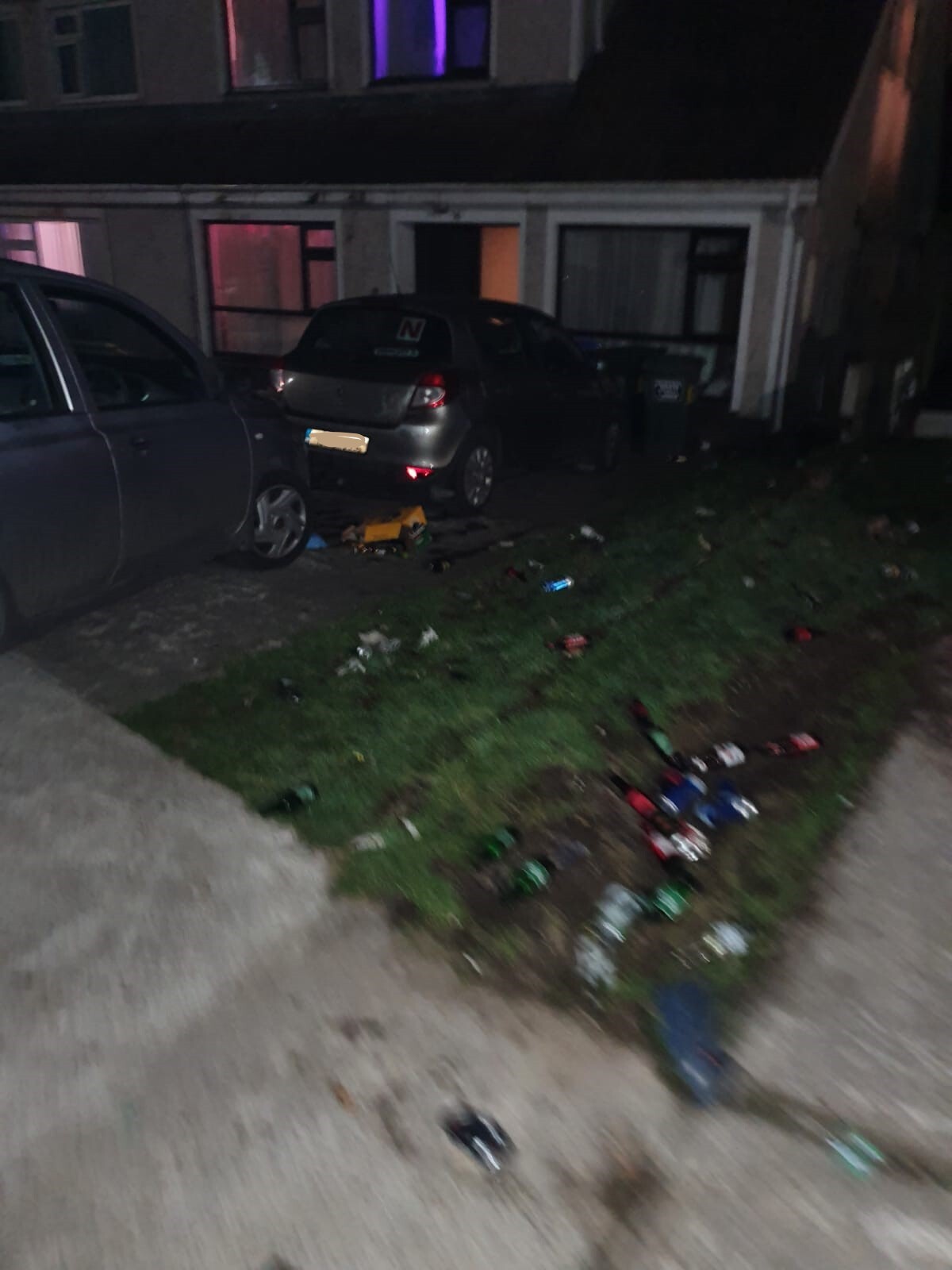 The aftermath of a street party in Castletroy County Limerick. Image: An Garda Síochána

“I understand this is very difficult, but we cannot see scenes like that happening again,” she said.

“It is very disappointing for the people who live in that area but also for everybody else who has been trying so hard over the last year.

“I do firmly believe the end is in sight. We are introducing the vaccinations and we are at a point where we want, in particular this month, to see our numbers coming down so we can start to reopen our society but if we continue to see scenes like this that will not happen.”

Minister McEntee said the pandemic has been extremely difficult for the country’s young people but warned that public health restrictions are there to protect them and their families.

“We have all been young once,” she said. “I understand how extremely difficult this is for younger people.

“But we are in the midst, still unfortunately, of a global pandemic. There are public health guidelines in place and they are there for a reason. They are there to keep us safe and that includes our younger people.

“There may be a perception or an understanding that this does not impact younger people which it doesn’t in the same way; however, the risk is still there for our younger people to contract COVID-19.

She said there will be consequences for anyone involved in the gathering last night – but noted that it is important not to level the blame at all young people.

“Those who were there last night are very clearly responsible. They should not have done this and it is important to say these types of events, in the same way as the events we saw at the weekend, are not without consequence.

“If you do receive a fixed penalty notice, by law, you have to pay and if not, there are further penalties

The University of Limerick has vowed to take “strong disciplinary measures” against any student found to be breaching public health restrictions.