A sable which was being kept as a pet in Co Cork has been identified as carrying a rabies-like vi...

A sable which was being kept as a pet in Co Cork has been identified as carrying a rabies-like virus.

The small mammal, which had been imported to Ireland, was kept securely confined and is not believed to have been in contact with animals outside the household.

The Department of Agriculture, Food and the Marine (DAFM) was informed earlier this month after the animal was acting erratically.

The carnivorous animal, which is a species of marten, was euthanised as the department's investigation could not rule out rabies infection.

The HSE has since identified a small number of people who may have had any potential risk exposure to the animal.

According to the department, initial screening tests carried out on the animal in France were negative.

However, further tests on January 23rd at the European Reference Laboratory (EURL) "reported evidence of low levels of lyssavirus genetic material in brain samples from the animal".

The department said: "Based on these EURL results, rabies cannot be ruled out in the sable."

Despite the likelihood of the disease spreading to other animals in the area being "extremely low", DAFM has put some additional precautionary measures in place.

These will apply to areas in the surveillance zone set out in a map provided by the department. 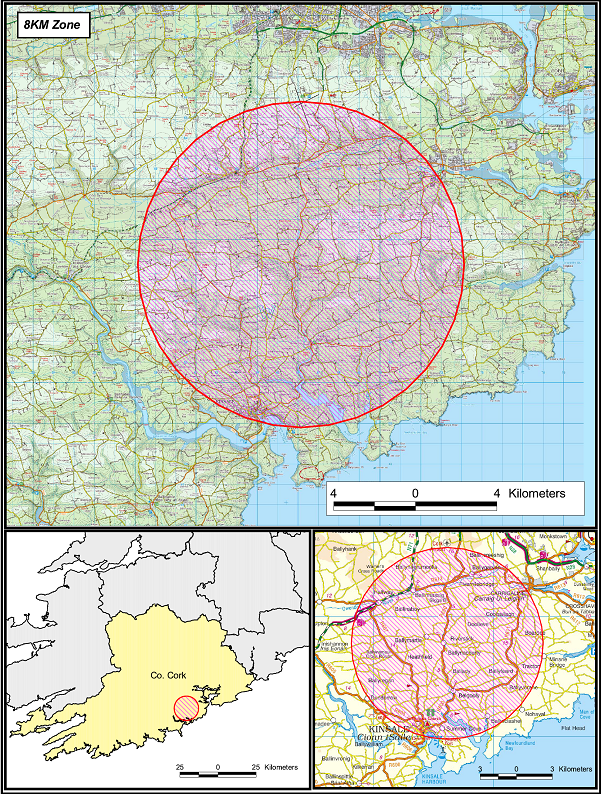 The surveillance zone established by the DAFM following the identification of a sable with a rabies-like virus in Co Cork.

In this zone, "gatherings of dogs, cats or ferrets, including hunting, sales, fairs etc will be prohibited" and if mammals are found dead there then this should be reported to DAFM.

These temporary measures will remain in place in for a month subject to review, the department said.

Owners of dogs, cats and ferrets are advised to monitor the health and behaviour of their animals and report any abnormal or unusual behaviour to DAFM.

Anyone in the surveillance zone who requires further information can contact the DAFM Regional Office in Cork on 021 4851400.

Further information on rabies is also available on the DAFM website and on the Health Protection Surveillance Centre website.