The CEO of Ryanair says the airline is asking people not to queue to board flights, as it plans to resume 40% its schedule from July 1st.

The Irish carrier says this will be subject to Government restrictions on intra-EU flights being lifted - and effective public health measures at airports.

It also says passengers on its flights will have to wear face masks at all times in the terminal, and on board the aircraft, and pass temperature checks.

Social distancing at airports and onboard aircraft will also be encouraged where possible, it adds.

Cabin crew will wear face masks/coverings and a limited inflight service will be offered of pre-packaged snacks and drinks.

However there will be no cash sales - with all onboard transactions cashless.

The company says queuing for toilets will also be prohibited, although toilet access will be made available to individual passengers upon request.

It is also asking passengers to observe effective health measures to limit the virus. 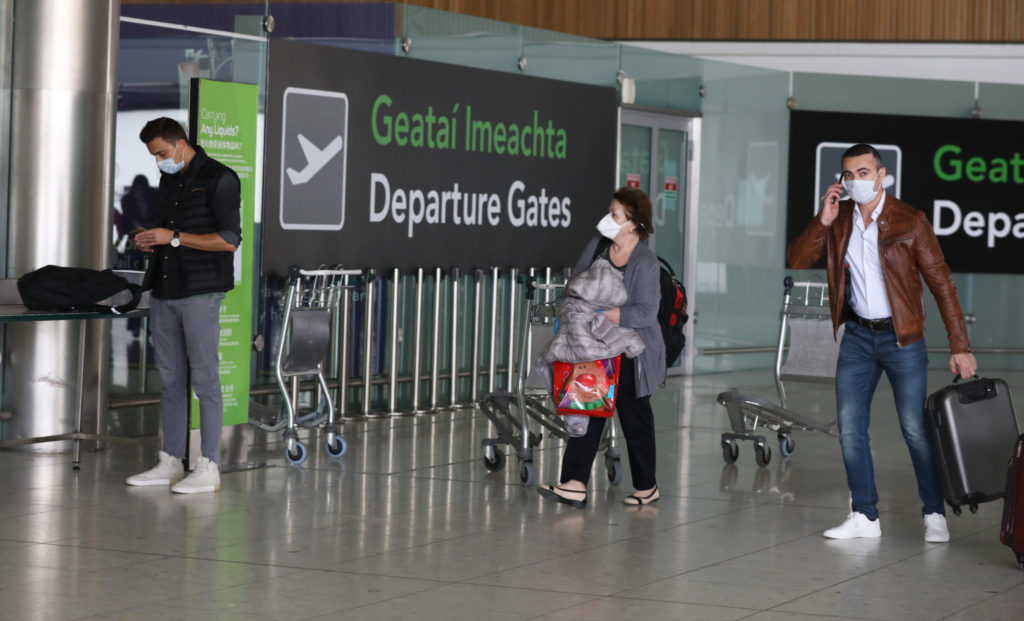 These include fewer checked bags, checking in online and downloading their boarding pass to a smart phone.

The airline will also require all passengers flying in July and August to fill in details at their point of check-in of how long their planned visit will be, and also their address while visiting another EU country.

It says this contact information will be provided to EU governments to help them to monitor any isolation regulations they require of visitors on intra-EU flights.

Ryanair says it will operate a daily flight schedule of almost 1,000 flights, restoring 90% of its pre-COVID route network.

Since flight restrictions in mid-March, the airline says it has been operating a skeleton daily schedule of 30 flights between Ireland, the UK and Europe.

From July, it says it will restart flying from most of its 80 bases across Europe.

But it says: "There will be fewer daily/weekly frequencies on trunk routes, as Ryanair works to restore some services on the widest number of routes, rather than operating high frequency services on a small number."

CEO Eddie Wilson told Pat Kenny: "What you've got to do here is minimise risk.

"You're going to have the same difficulties on the DART, on the buses, on the Luas as we get back to some level of normality."

"In the unique environment of an airport, I think you've got an opportunity to stop people entering if you take temperature checks as they've done in China.

"This seemed to be very effective: get people on, minimise contact with surfaces and get them on their way".

He says the carrier is asking people not to queue up to board an aircraft.

"What we will do is we will be encouraging people not to queue - and we will be actively not queuing people into stairwells."

"We'ere not going to have people queuing at gates, people - if you're in priority - you're going to get on first.

"There'll probably be lower load factors to start with as well.

"But as times moves on I think people will get used to doing this in a sensible way.

"The main thing is to be in the vicinity of the boarding gate, but we won't be encouraging queuing".

On refunds, he said those who have applied will get their money back.

But this will take time due to the size of the number of people affected.

"If you look at the amount of cancelled flights in March, April and May you're talking somewhere in the region of 25 million passengers.

"25 million to get through is just going to take [time].

"We are normally geared up to deal with weather events, ATC disruptions, strikes from ATC providers and you have that capacity that's in place.

"But that capacity has been seriously depleted because of social distancing - we will get back to it.

"The reason we put vouchers out there was at least it's got some currency with people who are frequent flyers maybe: they're going to be able to use that voucher, and have some chance of using it".

"If you've applied for a refund you will get that refund, it's just going to take some time".