Green Party Leader Eamon Ryan has said that Ireland won't be able to 'opt out' of the European Un...

Green Party Leader Eamon Ryan has said that Ireland won't be able to 'opt out' of the European Union's plans to slow climate change, no matter the government.

The Minister for the Environment and Transport was speaking after the Green Party convention in Athlone this weekend, where he said he expected his party to win 10% of the vote in the next general election.

Speaking to On The Record, Minister Ryan shared his confidence in his party and his ambitious plans for solar power and transport.

One in ten to vote Green

Minister Ryan said that the current environmental and political climate will help with Green popularity.

"I think one in ten Irish people will do that."

When On The Record presenter Gavan Reilly challenged him on whether other parties had stolen the Green agenda already, Minister Ryan said: "I wish."

"They all talk it, but actually when it comes down to tough decisions and making some of these investment decisions, no I don't think they take it as seriously."

According to Minister Ryan, the agriculture emissions targets set earlier this year "are a challenge to Fianna Fáil and Fine Gael".

He believes they are concerned that steep reductions will cause food industry growth to slow.

"I think it is a good functioning government, but I don't think if we weren't there there would be a similar ambition", he said.

"Ireland can't opt out of that European direction."

On whether the party would be as radical if they were alone in government, Minister Ryan said that it's not a matter of choice.

"We have an Irish climate law which is very strong, which says we will play our part in responding to this greatest challenge of our time."

"Europe has set itself on its course ... really efficient, really clever in using our renewable power", he said.

"Ireland can't opt out of that European direction." 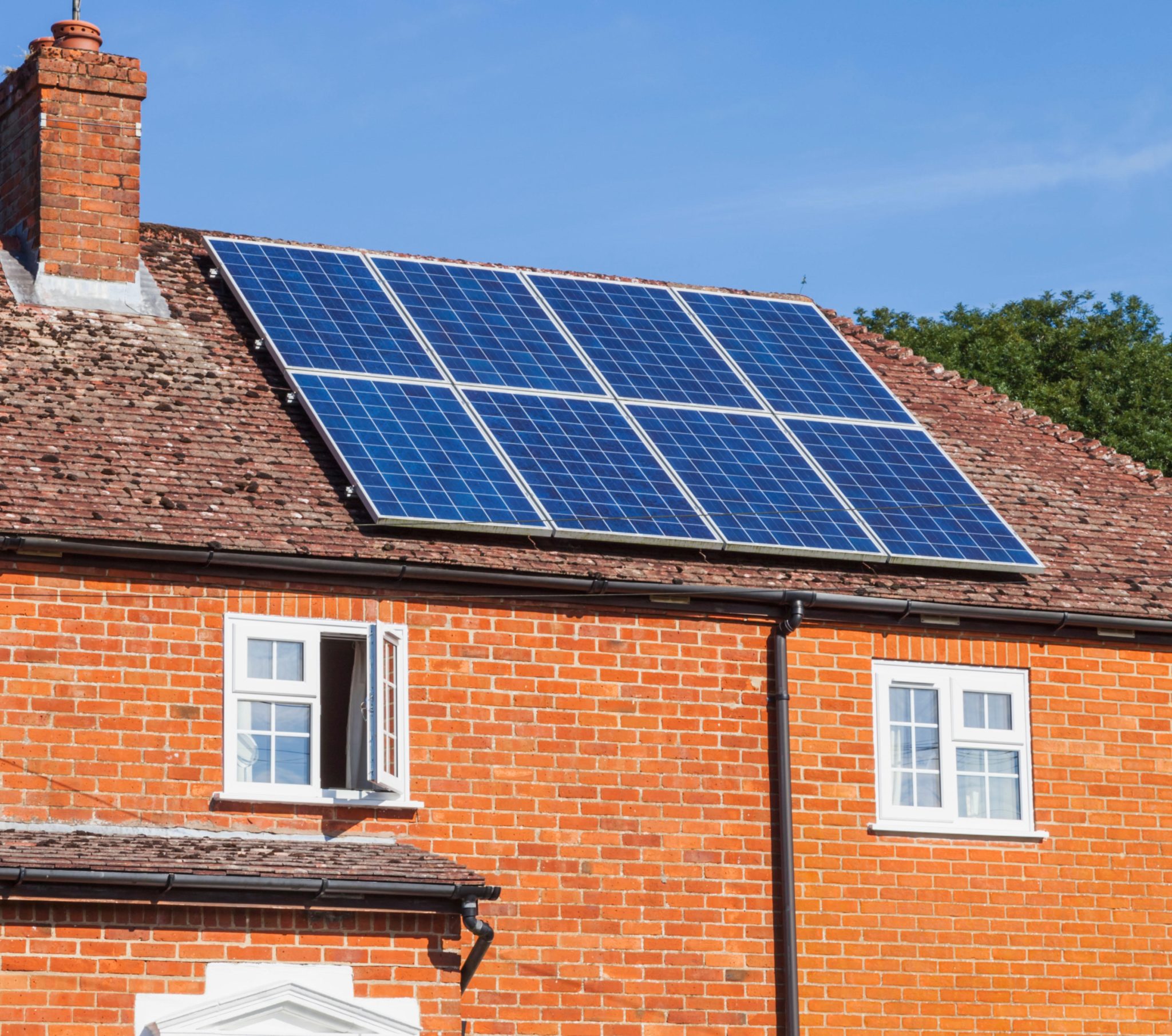 Rooftop solar panels seen on a house in the UK. Picture by: mauritius images GmbH/Alamy

At the Green Party conference that took place this weekend, Minister Ryan said that he wanted to country to be powered entirely by solar energy on sunny days by 2025.

He believes there is a "variety of ways" this can be achieved, but that he expects a "steady increase" in those installing solar panels on their houses.

"Demand is going through the roof, because it makes economic sense now with the high price of gas", he said.

"If you talk to the operators in the area, their order books are full."

Part of the government's income from carbon tax is used to increase grants for solar panels over time.

However, the "biggest constraint", he said, is not financing the panels, but finding workers to install them.

"If you talk to the operators in the area, their order books are full."

"Their biggest challenge is getting the contractors - the people who can actually put it up there."

Main image shows Environment Minister Eamon Ryan at a press briefing in Government Buildings after the 2023 Budget was announced. Picture by: Leah Farrell/RollingNews.ie