Russia's government has resigned to allow President Vladimir Putin to make sweeping constitutional changes, which could allow him to remain in power after his current term.

The 67-year-old has been in the top job for 20 years, longer than any other Russian or Soviet leader since Josef Stalin.

The country's Prime Minister Dmitry Medvedev quit hours after Mr Putin proposed a reform of powers of parliament and the cabinet.

He thanked the prime minister, a close ally, for his contribution and asked his cabinet to keep working until a new one is formed.

The president also said he would appoint Mr Medvedev - who has held his position since 2012 - as deputy head of the presidential security council.

Speaking in a state of the nation address before top officials and politicians, Mr Putin suggested amending the constitution to allow politicians to name prime ministers and cabinet members.

Currently, that right belongs only to the president. 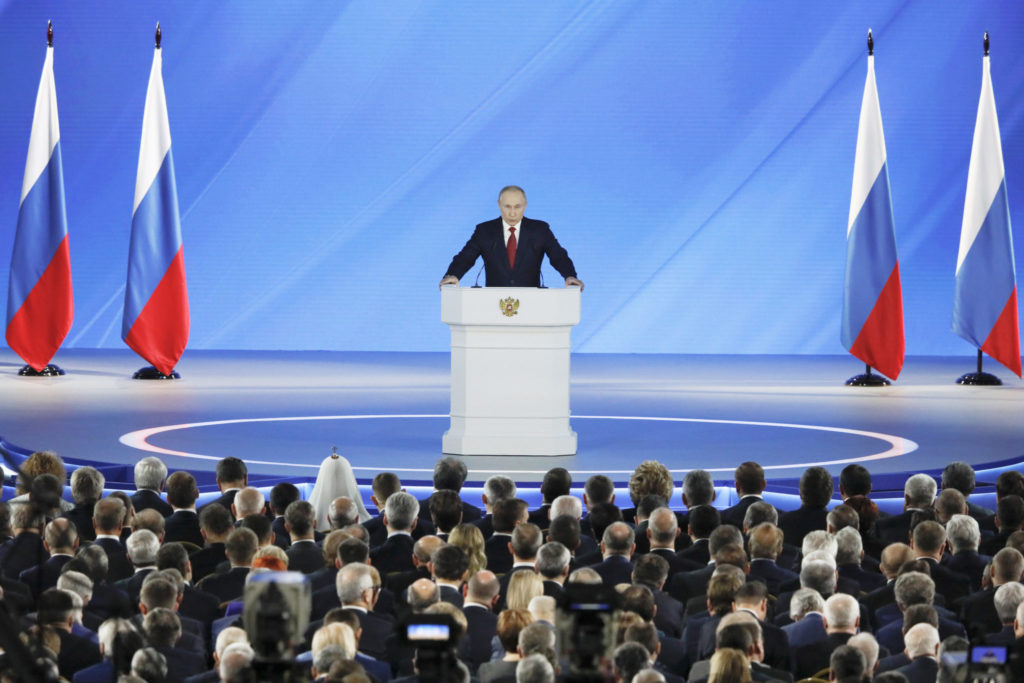 He said: "It will increase the role of parliament and parliamentary parties, powers and independence of the prime minister and all cabinet members".

He also argued that the president should retain the right to dismiss the PM and their cabinet ministers - along with the power to name top defence and security officials.

But Mr Putin made it clear that any constitutional changes must be put to a nationwide vote.

His current term ends in 2024 - and under the current law, he will have to step down when it expires, as presidents are limited to serving two consecutive terms.

He first came to power in 2000, before shifting into the prime minister's seat in 2008, where he remained for four years.

Mr Medvedev replaced him as president, before they switched roles in 2012 - and while in office, the prime minister raised the presidential term from four to six years.

His decision to step down after one term to let Putin return to the presidency sparked massive protests in Moscow, in a major challenge to the Kremlin.