Taoiseach Micheál Martin said he accepted his resignation "with regret"

Robert Troy has resigned as a Minister of State.

He was facing pressure over his failure to fully declare his property interests in the Dáil register.

In a statement, Taoiseach Micheál Martin said he accepted his resignation "with regret".

A spokesperson for Mr Martin said: "Robert has been a very committed, hardworking and efficient Minister of State at the Department of Enterprise, Trade & Employment, in particular working with SMEs and preparing legislative reforms for the PIAB.

"The Minister clearly acknowledged that he made serious errors in relation to his declarations to the Register of Member’ Interests, and he sincerely apologised for this.

"Since his election to Dáil Éireann, his commitment to his constituents and dedication to his work has been beyond question." 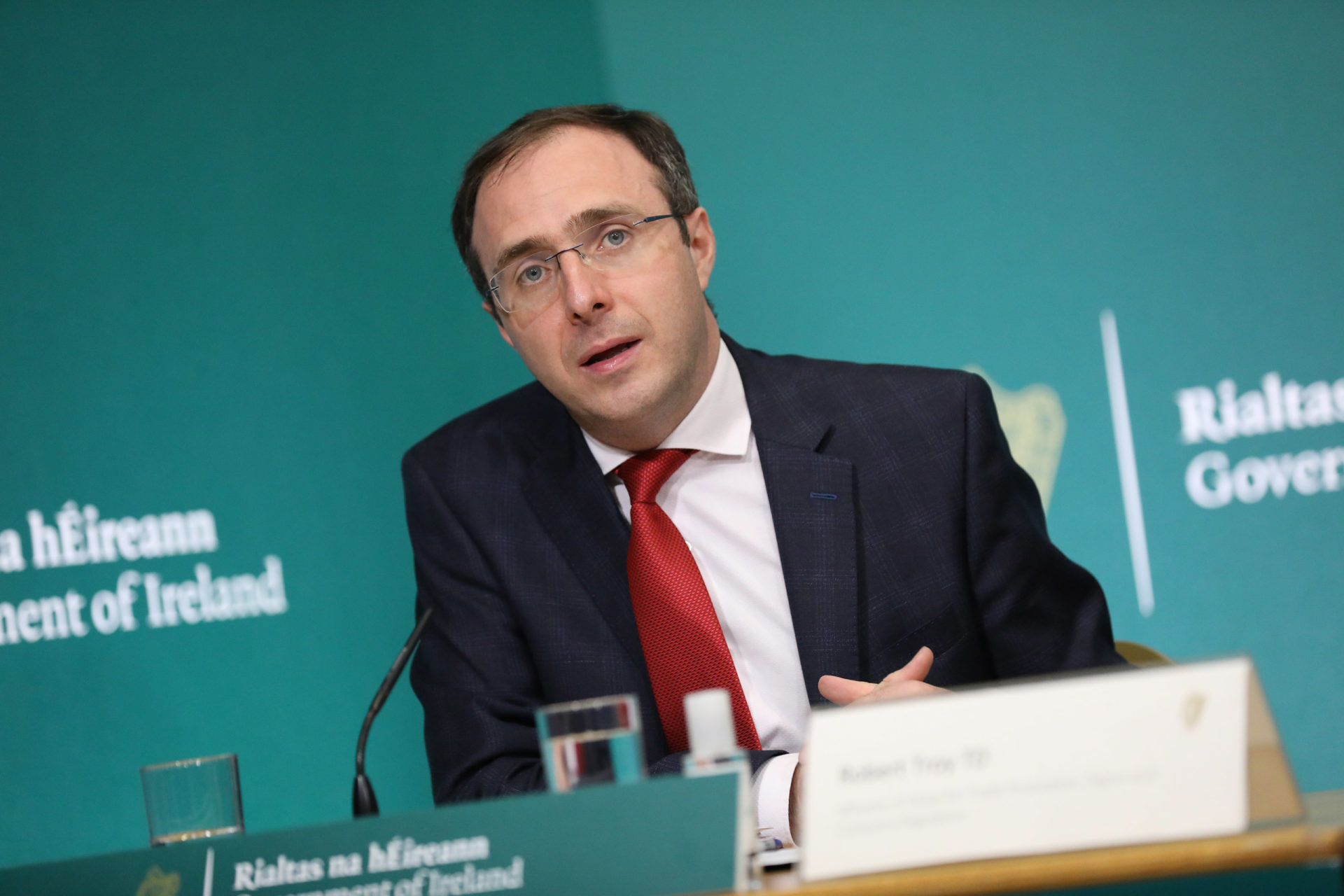 Earlier on Wednesday, Green Party leader Eamon Ryan warned his failure to declare his properties to the Dáil "can’t be tolerated".

In an interview on Tuesday, the Fianna Fáil Longford-Westmeath TD again apologised over his failure to fully declare his property interests.

While in a lengthy statement on Wednesday, Mr Troy said: "The last 10 days have been extremely difficult - but I would like to sincerely thank the Taoiseach, Tánaiste, and the large number of colleagues across the political divide who have shown their support and who continue to have trust in me.

"I would like to take this opportunity to assure members of the public once again that I have not tried to conceal anything.

"My biggest offense is my lack of due diligence.

"However, one issue in isolation is excusable but the number of errors now that are of my making directly or indirectly has led me to this decision."

He added that these were "genuine errors and human errors and were not intentional.

"I hold myself to a high standard and that is the reason I have taken this decision of my own counsel."

"I would like to re-affirm that I am more than happy to answer any questions SIPO or the RTB have and will of course give a full account in the Dail if required once it returns," he said.

'I will not apologise for being a landlord'

Mt Troy also hit out at what he called a 'narrative' being put forward by some.

"While I accept my mistakes, I would like to state that the narrative being put forward by some media and some in the opposition that landlords are villains is simply wrong.

"I am acutely aware of the sensitives of the housing situation in Ireland, and on a continuous basis work to assist constituents address their housing needs - but vilifying landlords is not the answer, and it will not help the problem.

"I personally will not apologise for being a landlord.

"I bought my first house at the age of 20 as I went straight into a job after school, so I was in a position to purchase my first property then.

"I am not a person of privilege and I have not been brought up with a silver spoon in my mouth, I have worked for all I have."

He added that he will continue to work "as diligently as I always have" as a TD, and give "full commitment" to Fianna Fáil.