His wife Joan Washington died of lung cancer in September 2021, after the couple were together for 38 years

Actor Richard E Grant has had a long and varied film career - but he was once told he was made to play Irish parts.

The 'Gosford Park' star told The Pat Kenny Show this was the advice given to him by his first agent in the UK.

He also said it led to him meeting his future wife, Joan Washington, who died of lung cancer back in September 2021.

The couple were together for 38 years.

Grant remembers arriving in Britain from his native Swaziland - now called Eswatini - in 1982.

He said: "I arrived, I was 25-years-old, I had a couple of suitcases and a box of cassettes and a walkman - my most prized possession.

"I worked as a waiter to earn a living to pay for my bedsit rental. 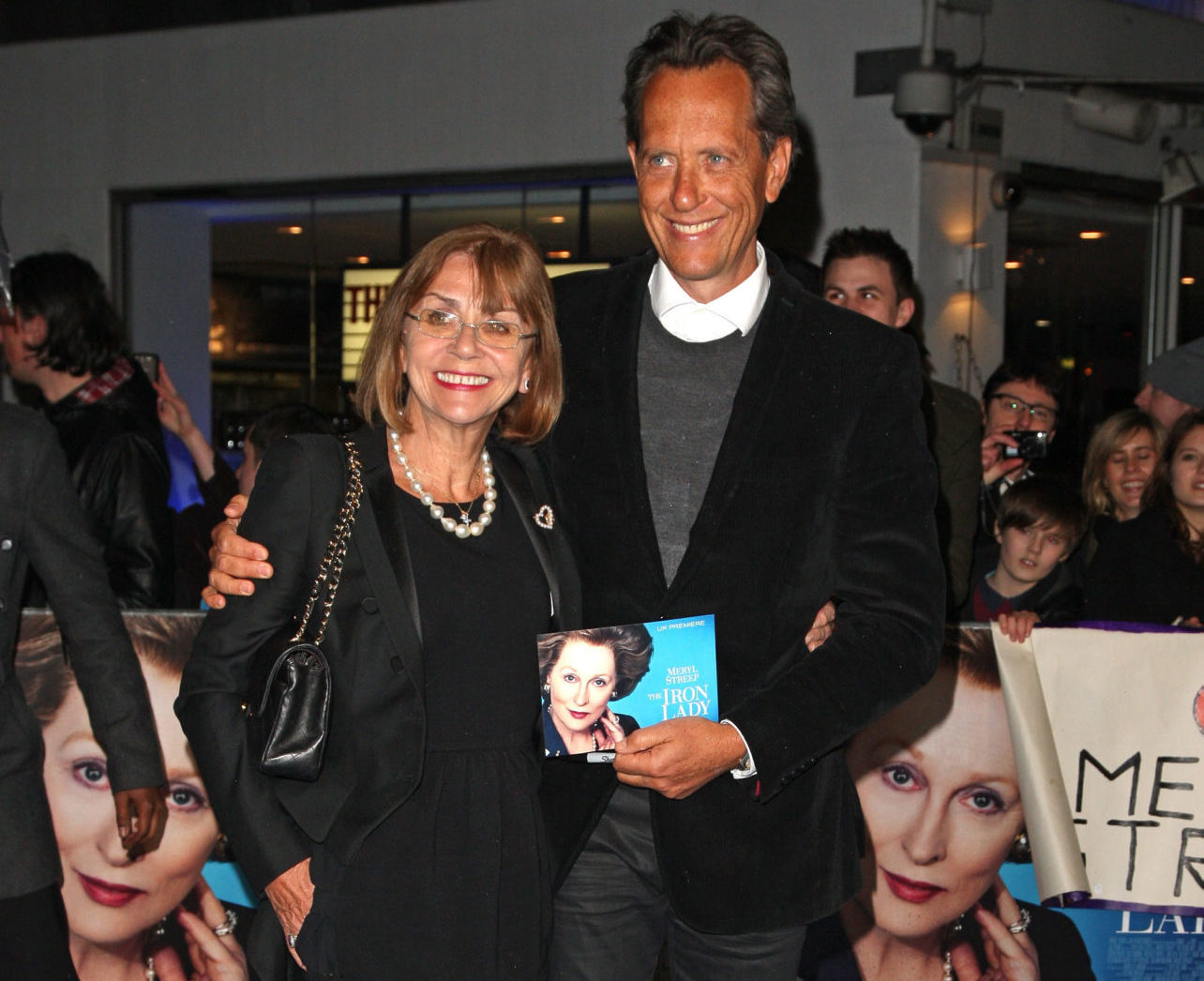 Richard E Grant and his wife Joan Washington arrive at the UK premiere of 'The Iron Lady' in London, England in January 2012. Picture by: WENN Rights Ltd / Alamy Stock Photo

"He said: 'How is your Belfast [accent]?' and I said: 'Debatable'", mimicking a Belfast accent.

"I then went to the actor's centre in Covent Garden, where you could get classes for very little money.

"There was a woman called Joan Washington doing a series of regional accents, and that's how we met.

"I didn't ever get a Belfast role," he recalled.

'My memory has recalibrated'

On his wife Joan, he said he remembers her at her best.

"If you take 38 years together, the last eight months - when she was dying - relative to the 38 years is a very small percentage,” he said.

"The wonderful thing about memory is it tricks you into remembering all the good stuff, rather than the last eight months of her life.

"I'm very grateful for that because last year, all I could see in my mind's eye was her deterioration and suffering.

"Whereas now, my memory has recalibrated and I remember her in the prime of her life," he added.

Listen back to the full interview here:

His memoir, A Pocketful of Happiness, is out now from Gallery UK