There are calls for more outdoor activities to be allowed after new figures revealed just one in ...

There are calls for more outdoor activities to be allowed after new figures revealed just one in every 1,000 cases of COVID-19 is traced to outdoor transmission.

According to the data, outdoor transmission of the virus accounts for 0.1% of the country's coronavirus cases.

Figures released to The Irish Times show 262 of the total number of infections in the state have been attributed to being spread outside.

However, the Health Protection Surveillance Centre says it cannot determine where transmission took place for definite.

From this month, the HSE will carry out seven-day contact tracing as opposed to two days in the hope to determine the source of infection better.

While NPHET has consistently warned there are still risks, it has also said outdoor activities are much safer than indoor ones.

Representatives from the hospitality industry say the data raises the question of whether outdoor dining could resume sooner than anticipated.

Mark McGowan, owner of Scholars Townhouse Hotel in Drogheda and President of the Restaurants Association of Ireland, told Lunchtime Live that he was "astonished" when he saw the data from the HPSC.

"I think we should really accelerate the resumption of outdoor activities with immediate effect," he said.

"What's really important here is the health and wellbeing of our workforce who we really want to get back to work.

"There's over 180,000 unemployed [in the industry] at the minute and when you get this [information], it's a ticket and we should really use it to get the outdoor dining open as fast as possible.

Seating people a metre apart from each other in a dining situation outside isn't that different from people meeting for coffee in parks and elsewhere at the moment, he added.

He would like to see restaurants reopening at the same time as other businesses, he said. The return of non-essential retail is set to be under consideration from May 4th.

Mr McGowan said the members of the RAI are frustrated and concerned and hoping to get back to work soon.

"We need to get people back to work and do it fast, and we can do it safely now that the data is right in front of us, it's under our nose and we should be able to open ASAP," he added.

"Instead of driving people indoors, we need to drive them outdoors, and the data is so low at 0.1% and I think there's a better chance of people contracting the virus indoors so let's make it outdoors, let's do what we can for the next few weeks at least."

'Other issues in society'

Senator Crowe said it was important to give people hope and that as the vaccination programme continues, we have to be aware of the "other huge issues" in society, like people's mental health.

He said it is important that restaurants should be allowed to reopen and that many in cities such as Galway have the facilities to do so.

He has also written to the Minister for Public Expenditure requesting that supports for such businesses and their employees are increased.

Cabinet needs to look at the gradual reopening of the sector sooner than has been outlined in the Government's roadmap, he added. 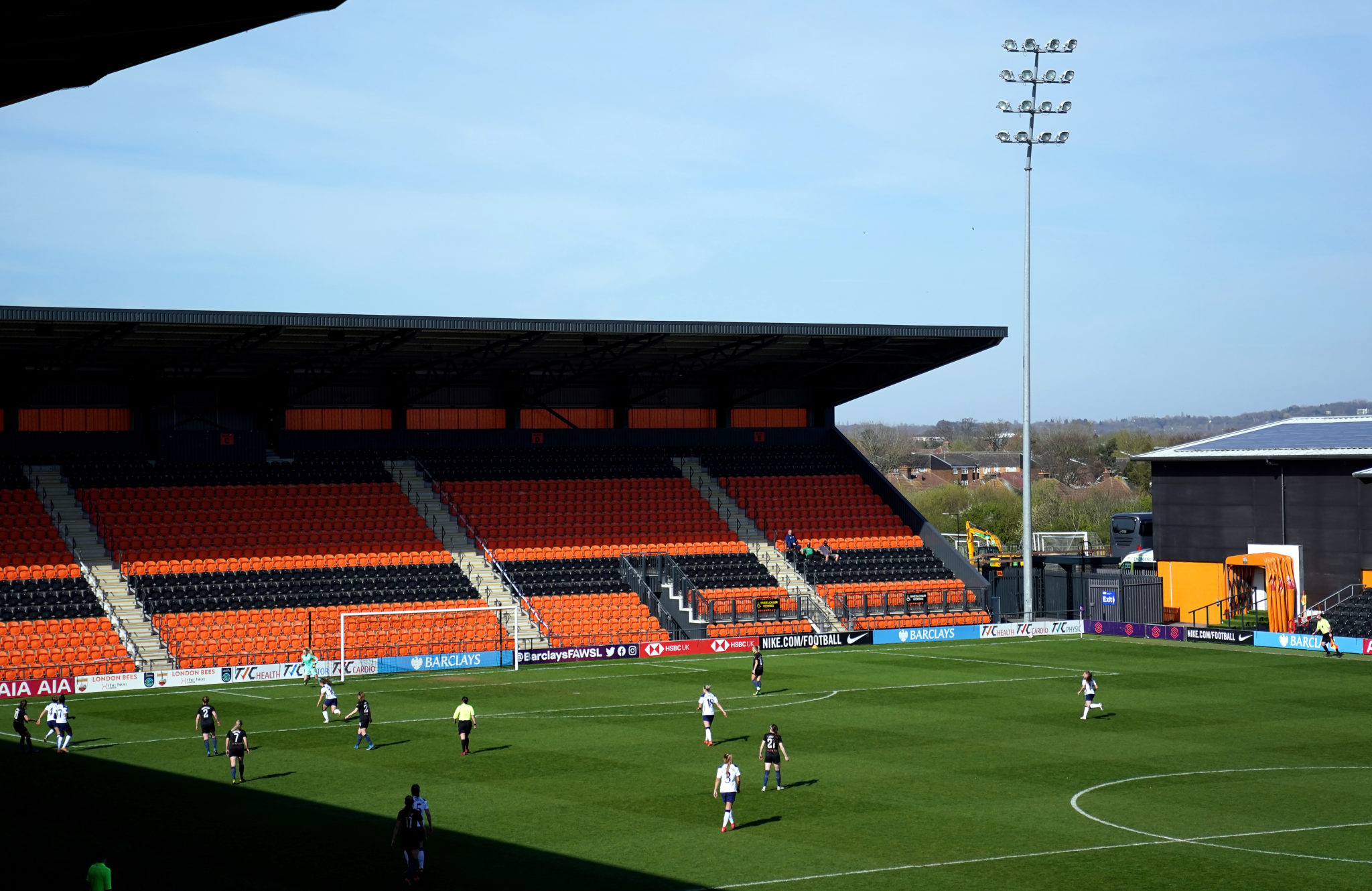 General view of the action from an empty stand during the FA Women's Super League match at The Hive, Barnet last Sunday. Picture by: Zac Goodwin/PA Wire/PA Images

Meanwhile, there are also calls for outdoor sporting activities to resume as soon as possible.

Shane Stapleton, Editor of OurGame.ie, said that on foot of the recently released data and experiences from last summer, it is "fairly self-evident" at this stage that sport should be allowed outside.

"It should have happened weeks ago, what's the reason to say why I can't go out and play a game of hurling or a game of football?" he said.

"If it's really 0.1%, shouldn't we be putting all our efforts into 99.9% and allowing people to have their lives back where it's proven to be already safe?

"That to me is very strange, let's see the science to prove that this is an issue."