Retailers are reporting good sales with just a number of shopping days left until Christmas. Non-...

Retailers are reporting good sales with just a number of shopping days left until Christmas.

Non-essential retail reopened on December 1st and it is expected it will stay open when new restrictions come into place at the end of the month.

Retail Excellence says queues are being managed very well and the public has been compliant with public health advice.

Retailers on Dublin's Grafton Street say there has been a great buzz in recent days and that the public has been very careful regarding public health advice.

During his annual stroll down the capital's main shopping street earlier this week, Bobby Kerr said there was a "better than expected" amount of activity.

In a report for Down to Business with Bobby Kerr today, he said the street wasn't "jam-packed" on Wednesday afternoon but that there was a festive spirit in the air.

Michelle McBride, retail director at Butler's Chocolates, said the year has been "very difficult" for retailers.

However, she added that December has been "great" and shoppers have been conscientious regarding social distancing and mask-wearing.

Ms McBride said consumers had been "really supportive" of Irish businesses in particular, which Butler's are grateful for.

Damien Byrne from the Camera Centre said there was "a buzz back into the city".

He said: "People are excited to come back in shopping, see the lights, and get in that festive spirit.

"Obviously they're sick and tired of being at home cooped up at home so it's great to see the public back on the street.

The store will be celebrating its 50th year on the street next year, and Mr Byrne said 2020 "hadn't been the worst year" for business as they were operating online and offering advice over the phone when the shop was closed.

"My heart goes out to businesses who've faltered and fallen away," he said.

"It's been a very, very tough time but for ourselves, we've kept going and I'm proud to say we have."

Shoppers have been "excellent" in adhering to public health guidelines, he added, and there has been "good sense about how people conduct their shopping".

Orna and Eilish Fitzpatrick, co-owners of Thomas Patrick, said they were "pleasantly surprised and very happy" about sales so far in December.

They said 2020 was "absolutely" a year to forget and they are ready to move on to the New Year.

'Take the good with the bad'

One woman who sells flowers on Grafton Street, Victoria, reported that business wasn't "too bad" and is "coming back around".

Christmas berries were unsurprisingly the big seller this week.

She said it's been a bad year for her and other flower sellers who have been out of work since March.

"We got out for five weeks and then we had to go into a further lockdown, it looks like another one again, but you have to take the good with the bad," Victoria added.

While she had moved some of her business online, Victoria explained that it wasn't the same as she "loves the madness of the street". 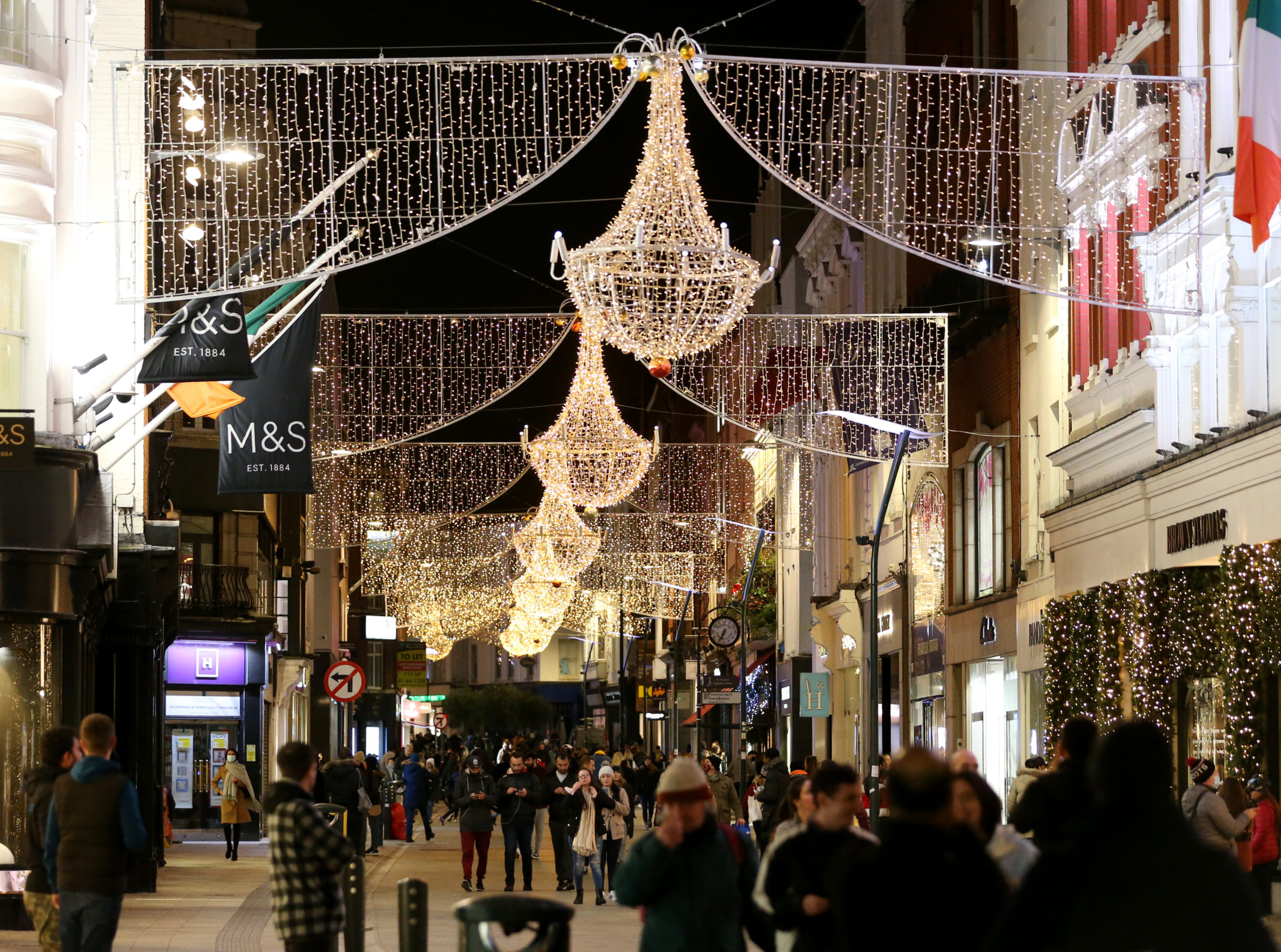 Grafton Street as the Christmas Lights are officially switched on in November. Image: Sasko Lazarov/RollingNews

The manager of Field's jewellery store on Grafton Street, Kelly McMenamin, said it had been difficult to trade in the current climate.

She said: "It is difficult on Grafton Street because footfall is down so we're trying to interact with our customers."

However, "love is in the air", she said, given the demand for engagement rings at the store.

Make a list, check it twice: Sinead Ryan on budgeting for Christmas