Shops are pinning their hopes on a busy weekend, after figures indicate a difficult trading envir...

Shops are pinning their hopes on a busy weekend, after figures indicate a difficult trading environment for November and December.

Retail Excellence say overall trading is approximately 1% to 2% ahead of this time last year.

The group says while the Irish economy continues to grow strongly and unemployment at its lowest level since 2007, this is not being translated into a similar growth in Irish retail.

According to the CSO Retail Sales Index to the end of October, retail sales were 1.4% higher than last year, while a recent Visa Irish Consumer Spending Index for November indicated a year on year decline of -1.9%.

Footfall is also flat, with average transaction value providing much of the growth in revenues.

Online continues to show strong growth, but perhaps not at the same levels as previous years.

"There continues to be significant sales going through non-Irish based online retailers and platforms, with studies indication as much as 70% of online sales are going outside Ireland", Retail Excellence says. 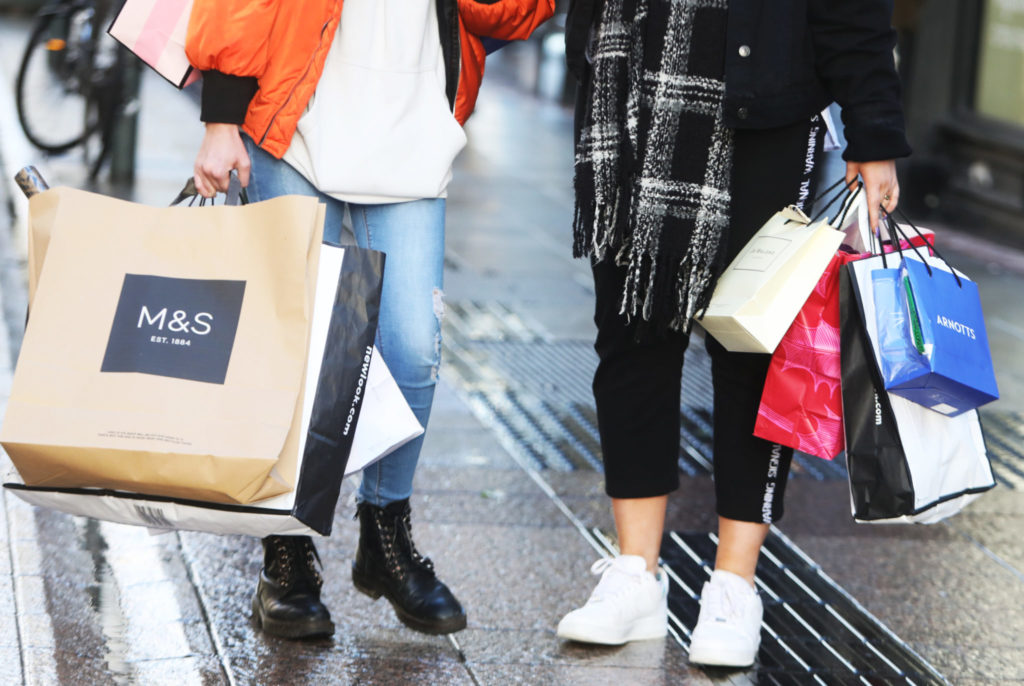 However it says overall growth masks a "more challenging picture" for many retail sectors, and particularly those in the SME independent category.

There also continues to be a big divide between provisional Ireland and the Dublin and M50 ring retail market.

With the coming weekend, Retail Excellence says there is a still "a huge amount to play for, and many retailers are pinning their hopes on a buoyant trading weekend."

It also says with the weather forecast to be dry but cold, and hopefully no further farm related protests, this coming weekend and the flow through to Monday and Tuesday could show a better ending to the Christmas season.

"There continues to be a relentless change taking place in Irish retail, factors include the growing normality of online shopping, the change in consumer behaviour and the increase in disruptive marketing channels, with many of these new models trying to deal direct with the consumer".