The Taoiseach has confirmed that a number of COVID restrictions are being reintroduced just weeks...

The Taoiseach has confirmed that a number of COVID restrictions are being reintroduced just weeks after they were eased.

Cabinet took the decision amid stubbornly high daily cases numbers – with more than 4,000 reported on several days in the past week and the five-day moving average sitting 4,436.

In his latest address to the nation this evening, the Taoiseach Micheál Martin said Ireland was now facing its fourth surge in COVID cases - but insisted this one is different to the others due to the protection offered by the vaccine.

He insisted that, if the current COVID surge continues, “no health system anywhere in the world would be able to cope.”

Cabinet sources have voiced fears more restrictions will be re-introduced in the coming weeks.

Some of the changes announced today are coming into force immediately while others are not changing until later in the week.

Here’s everything you need to know:

From today, whenever a confirmed COVID case is recorded in a household, everyone living in the house will have to stay at home and restrict their movements for at least five days.

They will be sent antigen tests to self-administer while restricting their movements.

They can stop restricting their movement when they have three negative results in five days.

From Thursday, vaccine certs will be required for all shows in cinemas and theatres.

Previously, they were only required when cinemas and theatres were aiming to run a show at full capacity.

The Government opted against making the certs mandatory for gyms, barbers and hairdressers.

From Thursday, bars, restaurants and nightclubs will have to shut by midnight. Hotel bars are exempt from the rules.

The Restaurant’s Association of Ireland has already urged the Government to reintroduce financial supports for workers and businesses in the industry - noting that calls for people to reduce their social contacts had impacted on teh industry even before today's announcment.

On Lunchtime Live meanwhile, Michael Heenahan, owner of Heenahan’s Bar in Westport said he was "devastated and shocked" to hear about the new restrictions on the sector.

“I feel we are being blamed, yet again,” he said. “We’ve heard the phrase ‘we’re in this together’... well seemingly not.

“I really don’t understand how we think rolling back the opening hours of late-night hospitality will resolve the problem.”

From Thursday, everyone should revert to working from home unless it is necessary to attend the workplace in person. 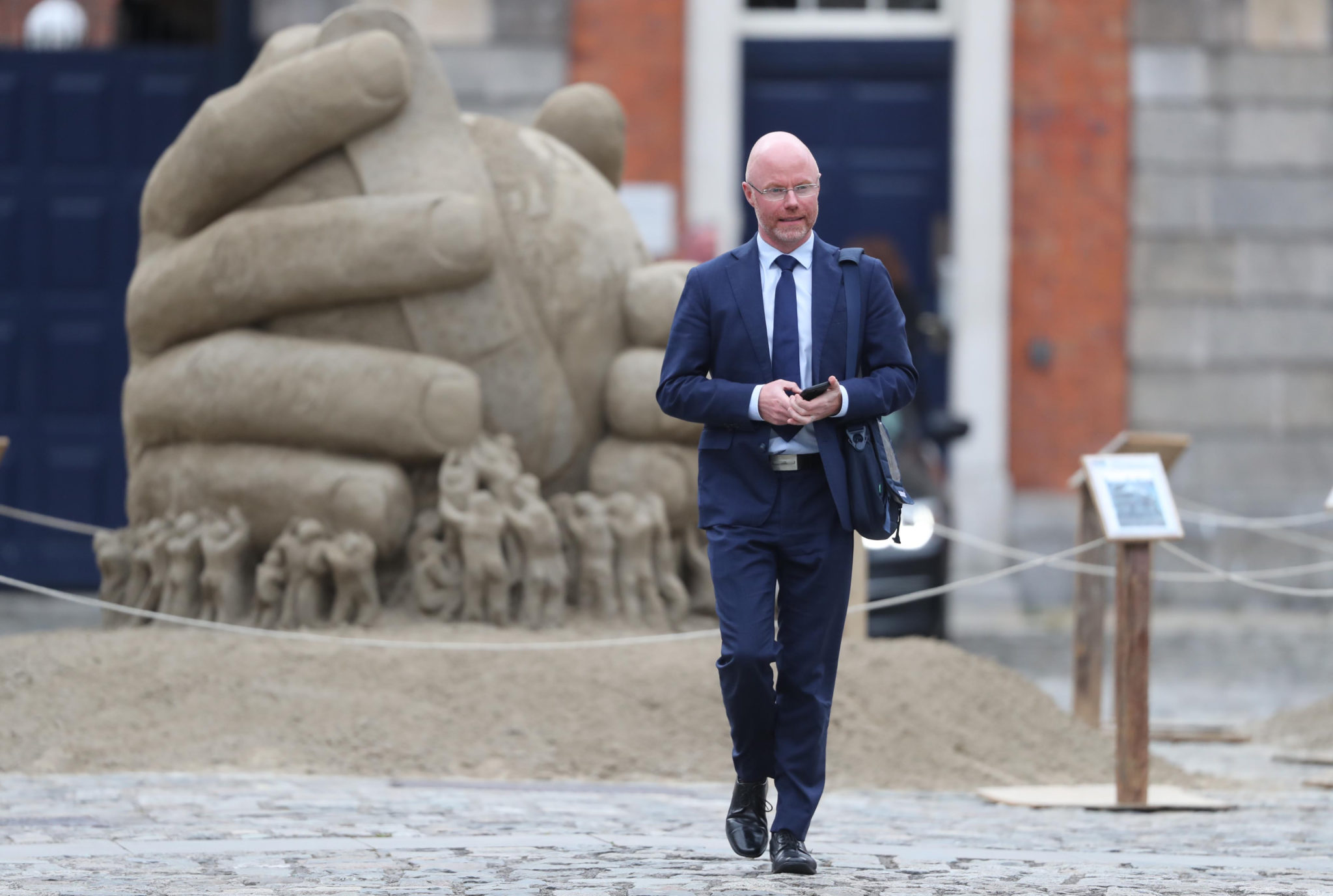 Health Minister Stephen Donnelly leaves a Cabinet meeting at Dublin Castle, Ireland. Government ministers met to consider proposals agreed by the Covid-19 Cabinet sub-committee that could see the majority of all restrictions lifted by the end of October. Picture date: Tuesday August 31, 2021.

Earlier today, the Health Minister Stephen Donnelly confirmed that the vaccine booster programme is being extended to everyone over the age of 50.

Boosters are also being made available to people of all ages with underlying medical conditions.