Rents in the second quarter of the year were an average of 12.6% higher than the same time last y...

Rents in the second quarter of the year were an average of 12.6% higher than the same time last year.

That's according to a new Daft.ie report, and is the highest recorded since its launch in 2006.

The average market rent nationwide between April and June was €1,618 per month - up 3.3% on the first three months of the year.

There were just 716 homes available to rent around the country on August 1st.

This is down from almost 2,500 a year ago, and another new all-time low in a series that extends back to 2006.

In Dublin, market rents were on average 12.7% higher in the second quarter. 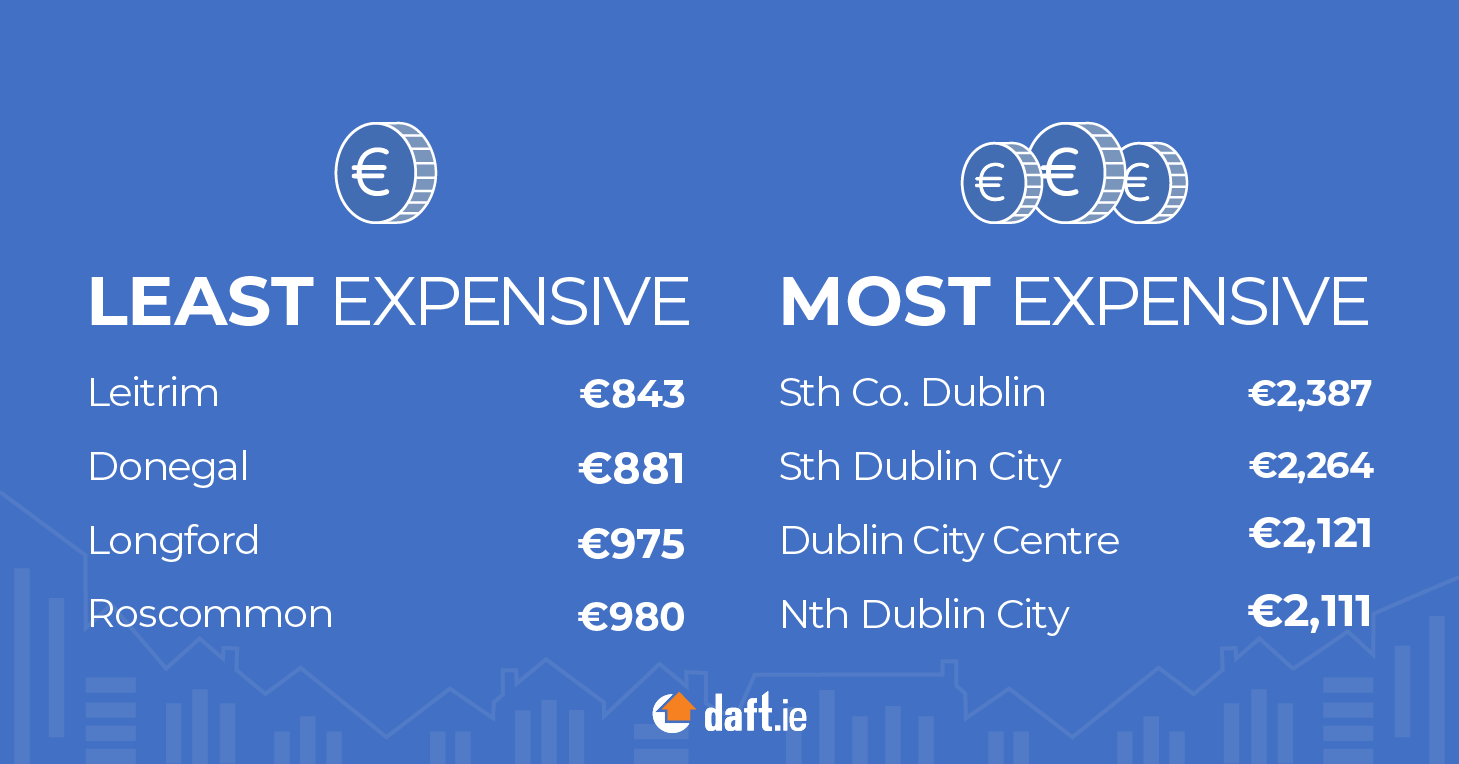 While Daft says the availability of rental homes in the capital has "collapsed" over the last 18 months.

There were just 292 live rental ads on August 1st - by far the lowest on record.

The rate of inflation in Galway, Limerick and Waterford ranged from 16.4% in Galway to 17.7% in Limerick.

Outside the cities, the average annual increase in market rents was 12%. 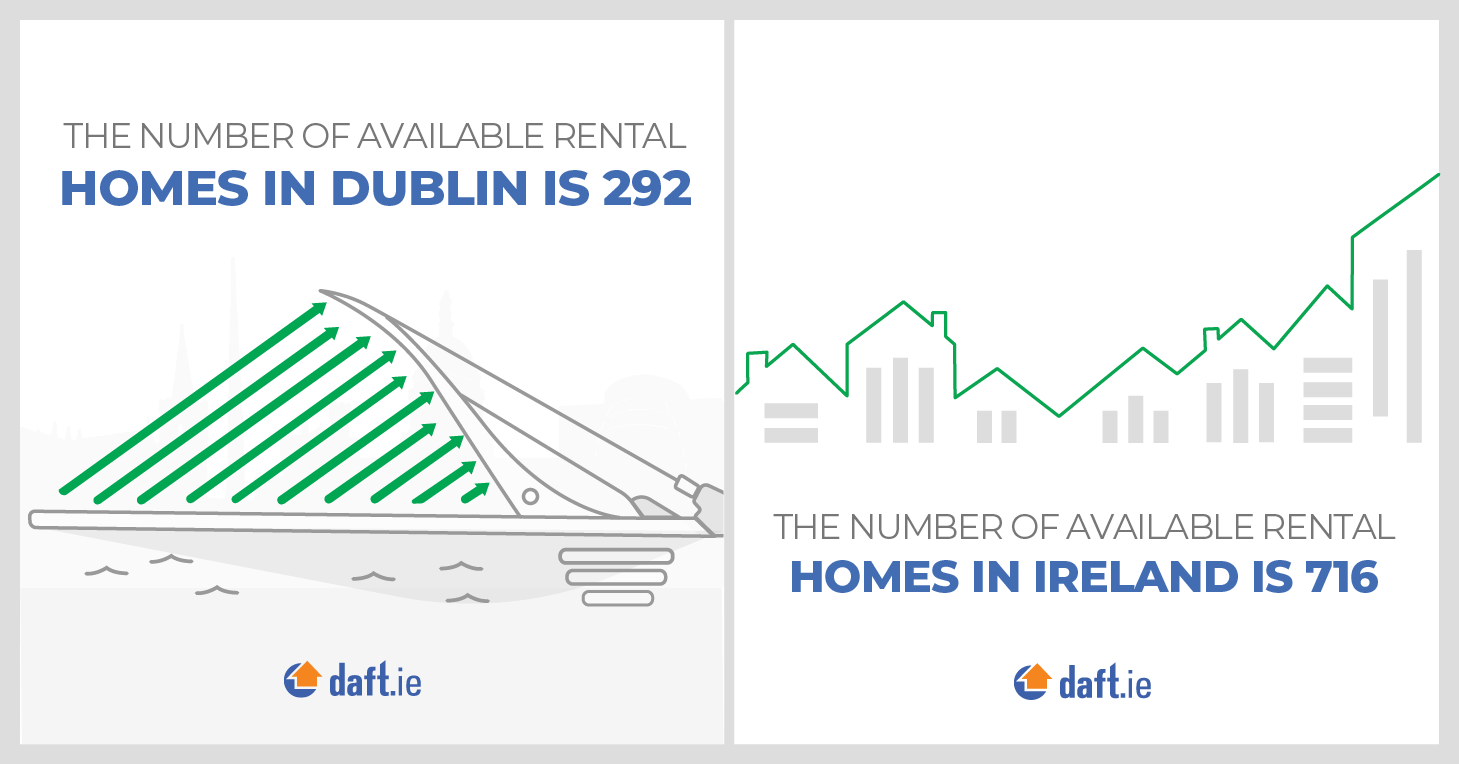 The report also includes an analysis of 75 multi-unit rental developments, which are estimated to have added almost 1,000 new rental homes in the last nine months - or roughly 25 new homes per week.

Of the 7,500 homes in these developments, almost 95% are estimated to be occupied based on publicly available information. 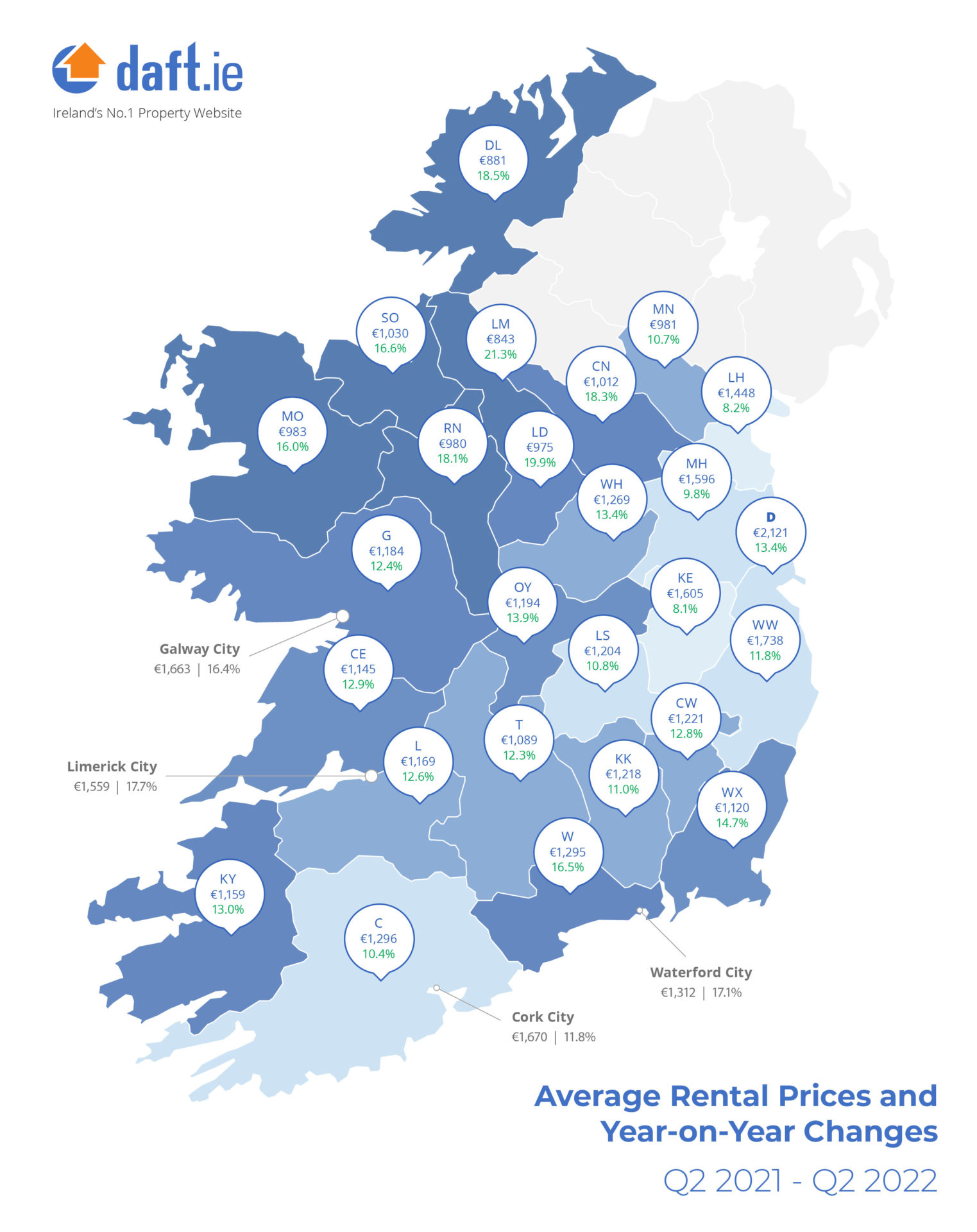 Ronan Lyons is associate professor of economics at Trinity College Dublin and author of the Daft report.

He says: "A resurgent economy over the last year has accentuated the chronic shortage of rental housing in Ireland.

He says while more homes are in the pipeline, they are far away.

"The shortage of rental accommodation translates directly into higher market rents and this can only be addressed by significantly increased supply.

"While there are almost 115,000 proposed rental homes in the pipeline, these are concentrated in the Dublin area.

"While nearly 23,000 are under construction, the remainder are earlier in the process and the growth of legal challenges to new developments presents a threat to addressing the rental scarcity."