Ceremonies are taking place in Ireland and the UK for Remembrance Sunday, honouring soldiers and ...

Ceremonies are taking place in Ireland and the UK for Remembrance Sunday, honouring soldiers and civilians who died in war.

President Michael D Higgins will attend a service at St Patrick's Cathedral in Dublin this afternoon. 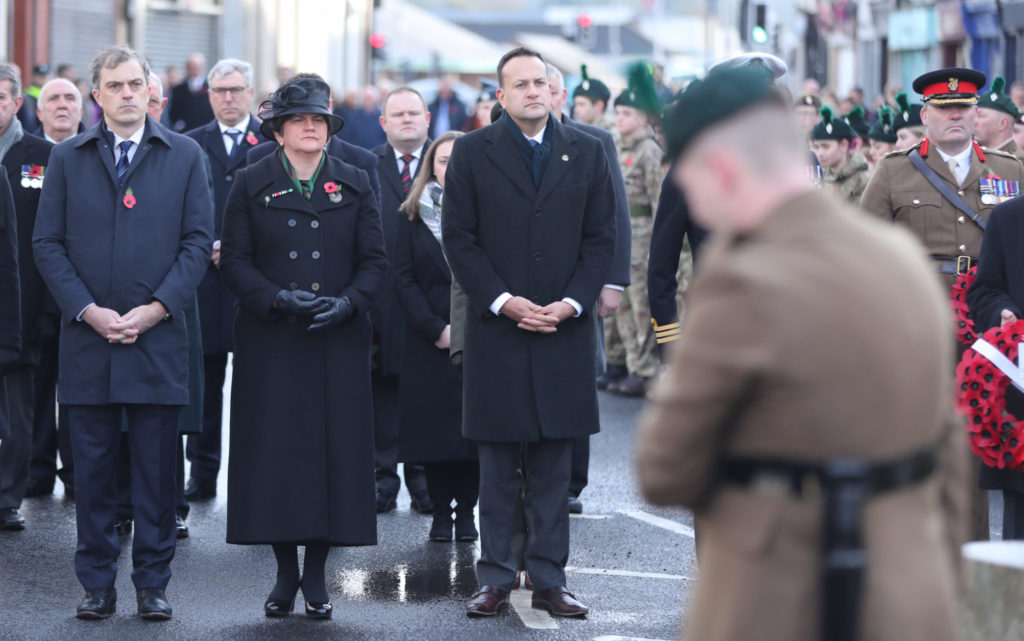 (left to right) Northern Ireland Secretary Julien Smith, DUP leader Arlene Foster and Taoiseach Leo Varadkar at a Remembrance Sunday service at the Cenotaph in Enniskillen, held in tribute for members of the armed forces who have died in major conflicts. Picture by: Niall Carson/PA Wire/PA Images

He also attended a service at Saint Macartin's Cathedral in the town.

12 people were killed and 63 others were injured in Enniskillen when the IRA bombed the ceremony there 32 years ago.

Former SDLP MP for South Belfast, Alasdair McDonnell says it's vital to honour those who were killed and injured.

"Violence doesn't achieve anything, and all violence leaves in its wake is death and destruction.

"When the violence is over, and people ultimately have to sit around a table and recognise that others are different... that others have a different point of view."

It's 101 years tomorrow since the First World War ended with the signing of the Armistice between Germany and the Allies.

In the UK, members of the royal attended a ceremony at the Cenotaph in London to mark the occasion.

Political leaders including Boris Johnson and Jeremy Corbyn also took a break from the election campaign trail to attend the service.