It is realistic to think people will be able to travel abroad for summer holidays this year, according to the founder of CityJet.

Pat Byrne was speaking after the EU announced plans to coronavirus passports to allow people to travel freely across the bloc this summer.

The plan, which will be debated at next week’s EU Summit, would create electric passports that prove whether people have been vaccinated, have sat a clear COVID test or have recently caught the virus and recovered.

On Newstalk Breakfast this morning, Mr Byrne said people now have people can look forward to a summer holiday in Europe this year.

“I think it is realistic,” he said.

“I there is a huge pent-up pressure from people who have a demand to want to travel, to need to travel. I think that is eventually going to hold sway on political leadership. 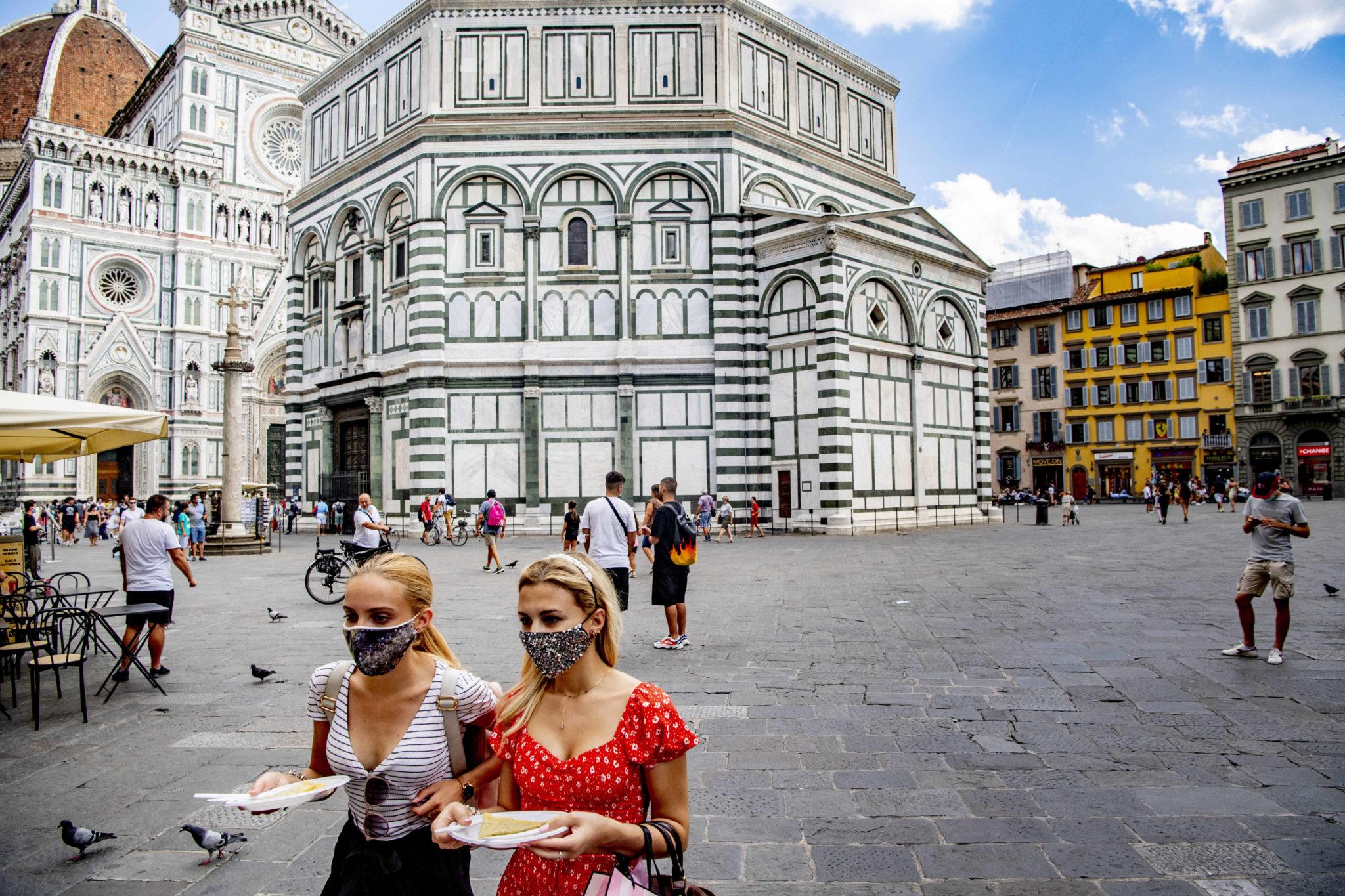 Tourism and daily life in the Summer of Covid-19 in Florence, Italy, 27-08-2020. Image: Utrecht Robin/ABACA/ABACA/PA Images

He said the EU appears to be taking a “pragmatic” approach to travel.

“It certainly sounds hopeful and it seems to be pragmatic,” he said.

“It is not proof of vaccine exclusive but it seems to be including proof of a negative test result and also including people who have had COVD and have recovered from it – if they can establish that too.

“So, it seems to be broader than vaccine-only which is very good. I think it is a pragmatic approach. It is a proposal at this stage, it is going to be debated, I think, next week and if it goes through as advertised, I think it could be a big boost for the aviation industry.”

Mr Byrne said a system that only allows vaccinated people to travel would prevent the vast majority of people from getting away.

“I think that would be quite a barrier to travel because vaccine rollout is quite slow,” he said. “It limits the numbers of people who will be able to travel.

“It presents all kinds of problems when we look at the graduation of how people can actually get vaccinated by age grouping and so on – just imagine a family or even an extended family group trying to go on holidays and some people might be vaccinated while some people can’t be and so on.

“So, I don’t think that would be practical and I think what the EU is proposing is much more sensible and I think it is also more sensitive to people’s right to travel too.”

He also hit out at the Government’s mandatory hotel quarantine rules which are due to be officially introduced in the coming days.

“I think it is a pandering to a minority of so-called experts who are calling for zero-COVID,” he said.

“I actually think that, if there was more effort made on introducing rapid antigen testing in the community on a widespread basis and on a controlled basis, I think it would serve our government an awful lot better than this nonsense.”