Fifty years ago, Apollo 11 began its voyage into history. 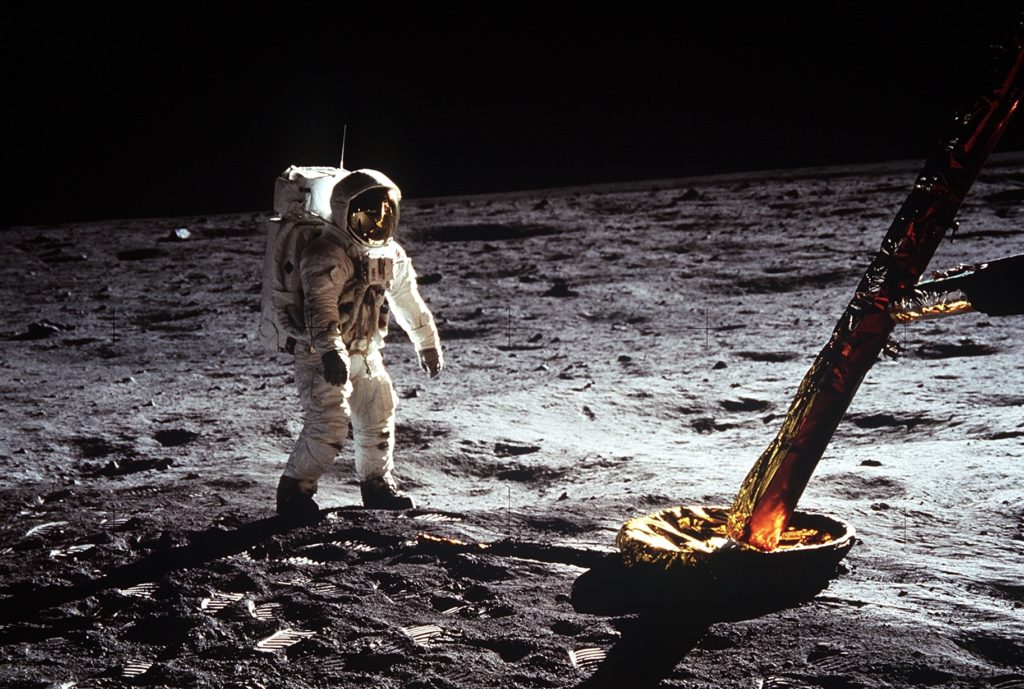 Astronaut 'Buzz' Aldrin walks on the surface of the Moon near a leg of the lunar module during Apollo 11 | Image: NASA

Armstrong and Aldrin became the first humans to set foot on the lunar surface.

While Collins remained aboard the command module in lunar orbit.

To mark the anniversary on Tuesday, CBS News posted its special coverage of the event in realtime.

The broadcast even includes adverts from 1969.

One of the many objects taken to the Moon on that mission was a message from then-President Éamon de Valera.

The message was microfilmed through correspondence between the Department of External Affairs - as it was then known - and the Irish ambassador to the US, William Fay.

The message was placed on the Moon along with others from different heads of state, and a plaque inscribed by the president of the United States and the astronauts.

The text is written in Irish and translates as: "May God grant that the skill and courage which have enabled man to alight on the moon will enable him, also, to secure peace and happiness upon the earth and avoid the danger of self-destruction".

Press release of the text of message from @PresidentIRL Éamon de Valera carried to moon by #Apollo11 - the last clause was an addition to Aiken's initial draft #Apollo50th #Apollo50 @RIAdawson @dfatirl (NAI 2009/115/71) pic.twitter.com/HxHj7ttj9m

You can watch the original NASA mission video here