He was speaking following the death of the British monarch at 96.

Buckingham Palace said she "died peacefully" on Thursday afternoon at Balmoral in Scotland.

Mr Ahern told The Hard Shoulder he met her on several occasions.

"I've met her a number of times - I met her after the Good Friday Agreement, I got the seat of honour to be with her at the lunch just after that.

"[We] spent the whole lunch talking about the North, and she made it very clear to me at that time that her one thing she wanted to do was to get to the Republic.

"She's very cued on - she knows her politics, she knows the parties, she knew the detail - but very commanding.

"An interesting person to talk to and states her views." 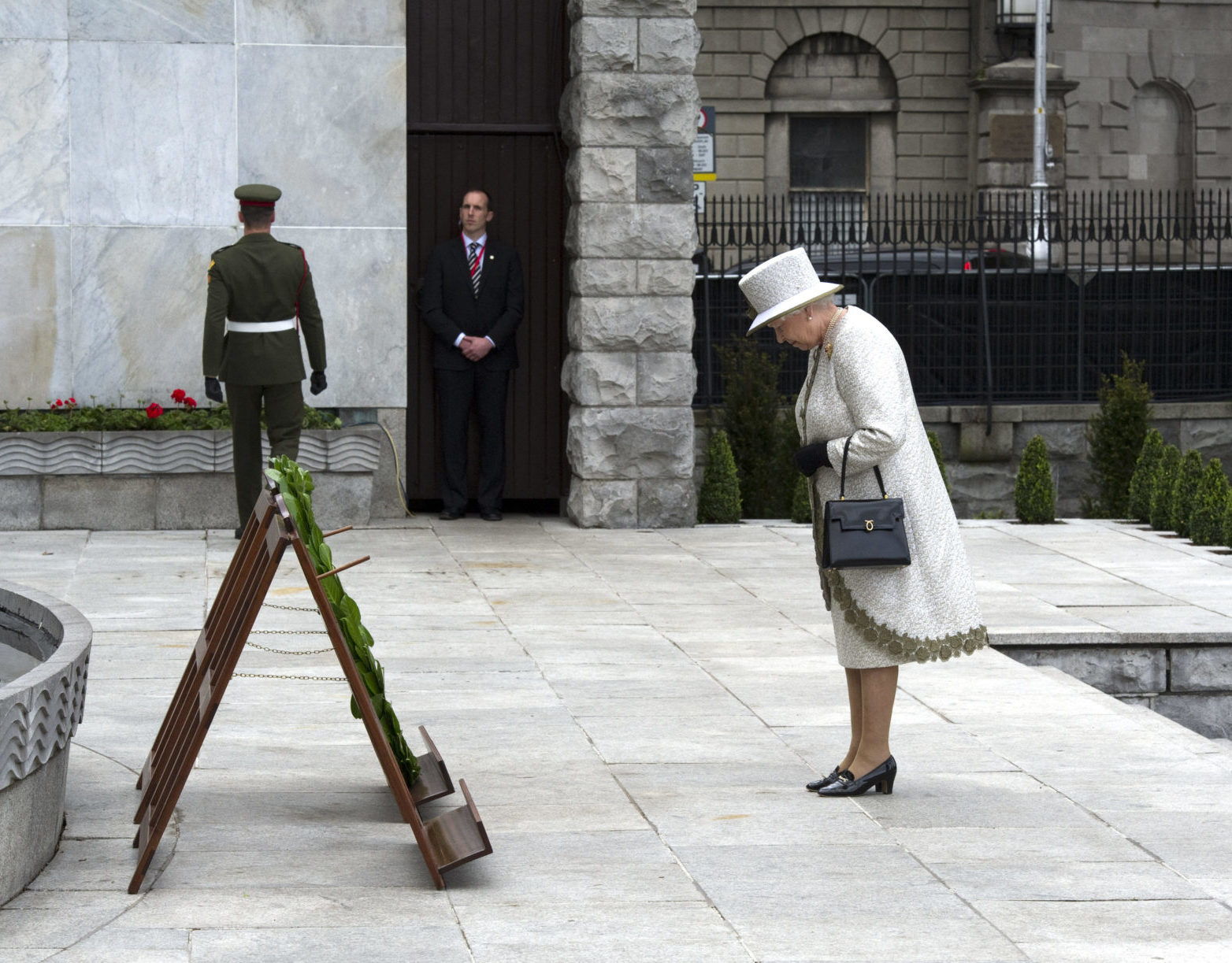 Britain's Queen Elizabeth II lays a wreath at the Garden of Remembrance in Dublin city in May 2011, which honours all those who fought for Irish freedom from British rule. Picture by: PA Images / Alamy Stock Photo

On the 2011 State Visit, he recalls some of the planning around paying homage to those who died in the 1916 Rising.

"I remember the day that we put in about the Garden of Remembrance.

"I honestly was waiting to see what the reaction was - but within two days it came back, cleared by her, that she had no difficulty going to the Garden of Remembrance".

Mr Ahern said he believed that visit changed a lot of people's views.

"I think particularly in the last 12 years-plus, since her visit here, I think even diehard people who hated the monarchy and totally disliked everything to do with it changed their view.

"But I think for any fair-minded person, she'd reigned for 70 years... and I think with distinction for her country, and with the kind of service that she's given home and abroad.

"She's been a true leader of her people.

"I think we'll all show our respects to the British people today - we'll have our rows with them and other things.

"But I think today for a whole generation, or several generations, have known nobody else except Queen Elizabeth.

"So I think for them it's a very sad day, and for everyone that has ever met her or seen her".

He added: "I grew up, and the monarchy wouldn't have been big in my household.

"I grew to respect her and to acknowledge her achievements, and to understand that she's not there beating the drum against Irish people".