US President Donald Trump will begin his three-day visit to Ireland later. He will meet Taoiseach...

US President Donald Trump will begin his three-day visit to Ireland later.

He will meet Taoiseach Leo Varadkar shortly after touching down at Shannon Airport this afternoon.

After his state visit to the UK, Mr Trump will make his first visit to Ireland as US president today.

He will arrive at Shannon Airport later where he will meet Taoiseach Leo Varadkar.

Mr Varadkar is expected to bring up Brexit, Northern Ireland and trade - along with access to the E3 visa for Irish citizens.

He will also be under pressure to discuss climate change after recent election results and comments from President Michael D Higgins, criticising the record of the United States when it comes to the environment.

Mr Trump will spend the night at his hotel in Doonbeg before a day trip to France on Thursday for D-Day commemorations. 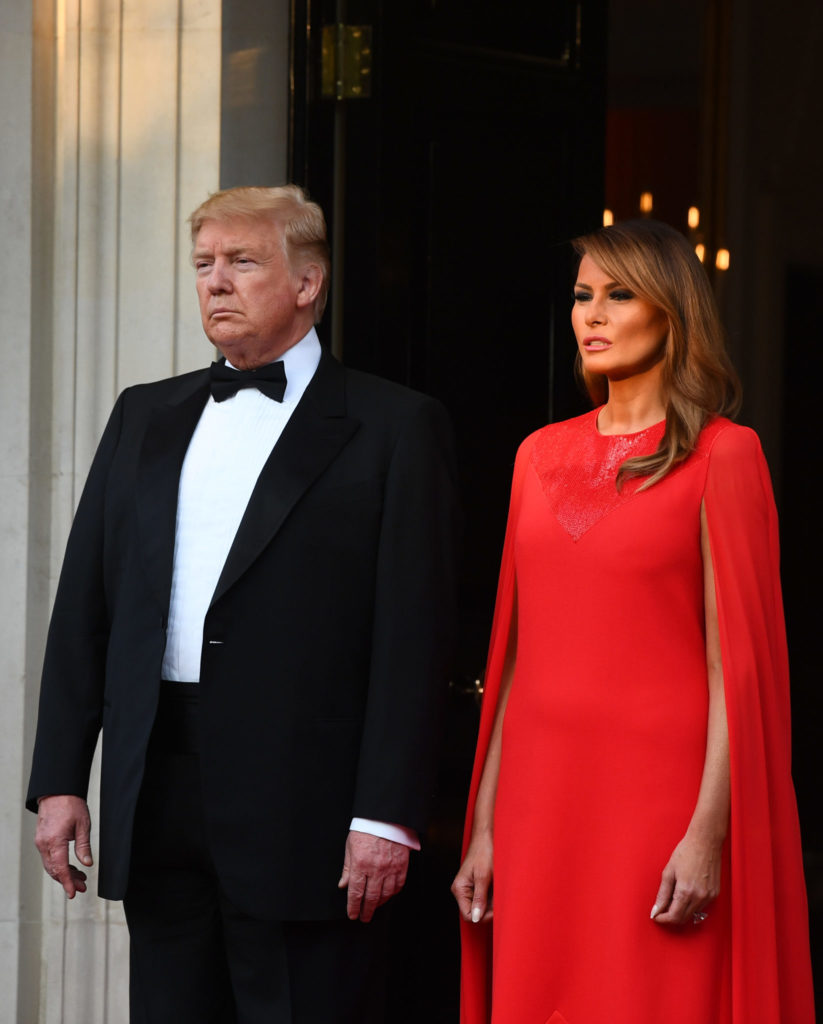 US President Donald Trump and his wife Melania wait to greet Britain's Prince Charles and his wife Camilla outside the residence of the US ambassador's residence at Regent's Park in London | Image: Victoria Jones/PA Wire/PA Images

He will then return to Ireland and play a round of golf in Doonbeg on Friday to round out the Irish visit.

Tommy Turbridy owns Turbridy's Pub and Restaurant in Doonbeg, and said there is an air of excitement around.

"We have all the flags up and the bunting and we've our own flags up.

"The place is looking really well and we're getting ready now for a hooley [with] traditional Irish music.

"You never know - the man himself might ramble down to the village".

Some 1,400 Garda members are on patrol in Co Clare, backed up by specialist units and a Navy ship off the coast.

Protests will also take place over the next few days to oppose the visit.

A peace camp will be set up outside Shannon Airport, while there will be a separate protest in Dublin on Thursday, which will be attended by Junior Minister Finian McGrath.

John Lannon is a spokesperson for Shannon Watch.

He said: "The main focus of the protest will be at 6pm - that's close to the time when Donald Trump will be meeting our own Taoiseach Leo Varadkar inside in Shannon Airport.

"We'll have a peace camp outside the airport for the duration of his time in Ireland".

Other protests are also planned for Galway, Cork and Sligo - and will be attended by a number of civil society groups and political parties.