A New York-based lawyer says he has received a 'very promising lead' in the search for missing US...

A New York-based lawyer says he has received a 'very promising lead' in the search for missing US woman Annie McCarrick.

It follows an article in the Irish Independent by Catherine Fegan, which suggests there is 'one last roll of the dice'.

Michael Griffith is from the same area as Ms McCarrick's family, and came over to Ireland following her disappearance in 1993.

He told The Pat Kenny Show they are now checking out this new lead.

"We had TV exposure, radio exposure and unfortunately there were no good leads".

"But I am pleased to announce within the last 15 minutes, thanks to Catherine Fegan's article, I received an e-mail from an Irish citizen with a very, very promising lead.

"We're going to investigate this lead and see whether it's credible or not.

"I can't go into it obviously at the time, but this article did produce something that's got to be followed up."

"The individual who sent me the e-mail was very friendly with someone who knew Annie at the time.

"The Gardaí, I don't know whether they went into this particular lead, but we are going to go into it.

"It's something, as a seasoned criminal defence lawyer, which should be looked at". 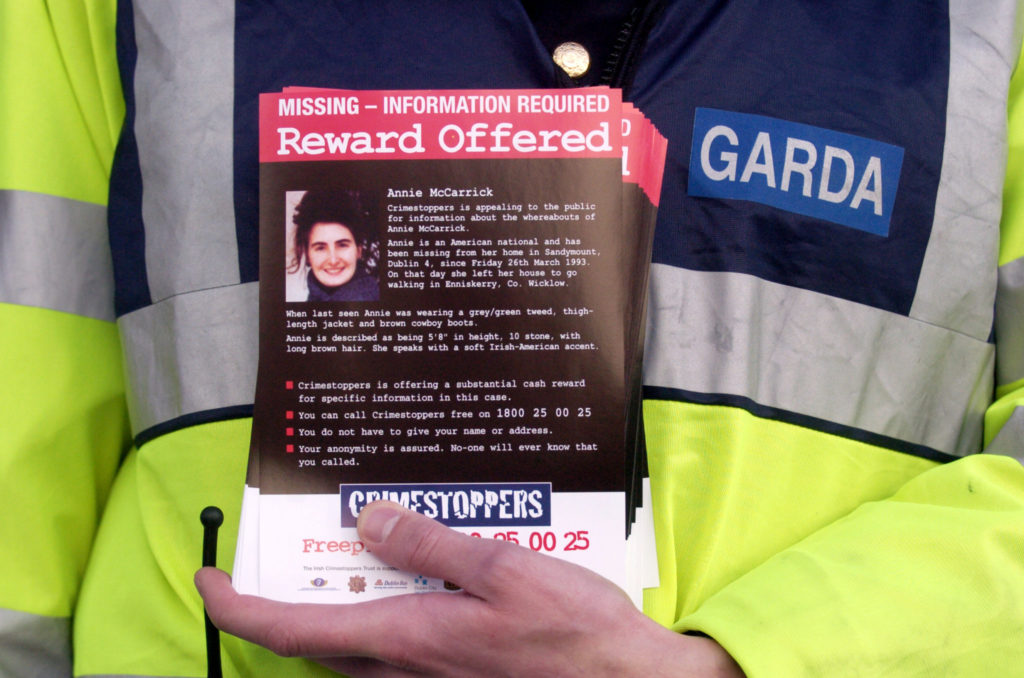 A member of the Gardaí handing out leaflets at Sandymount Village in Dublin in 2005, with a photo of Annie McCarrick. Picture by: RollingNews.ie

Former FBI agent Kenneth Strange is also involved in the case and knows the McCarrick family.

He said: "The first thing I did was approach Mrs McCarrick and I said 'do you have a complaint on file with the FBI?', and she surprisingly she said that she did not.

"So I made sure that she was able to file a complaint which launched an investigation.

"We were able to send some agents from the Behaviour Analysis Unit - BAU - that's kind of the 'Silence of the Lambs' people - over to the UK to look further into the matter.

"So since then, I've taken a very active interest and I've been in touch with the Gardaí and with journalists like yourselves and been very active".

"I think what we can bring to the table is a fresh set of eyes on a case that has grown stale.

"I believe that this is the work of a serial killer, the geography suggests that.

"I've heard some other theories - possible involvement by maybe someone from the IRA - but things like that, having worked in the government, and you know as well as I do trying to keep a secret is a very difficult thing to do.

"I think if there was a conspiracy afoot, that information would have gotten out by now.

"So I think it's closely-guarded by possibly a lone serial killer".

Annie travelled to Ireland to study and was living in an apartment at St Catherine’s Court in Sandymount with two other friends.

On the morning of Friday March 26th 1993, she told her friends she may go for a walk in the Wicklow or Glencullen area.

At approximately 11.00am, she bought groceries from the then-Quinnsworth supermarket on the Sandymount Road.

She returned home with the groceries and they were left on the kitchen table.

Later that day, at 3.15pm, she took a bus from Sandymount to Ranelagh.

Annie took the number 44 bus from Ranelagh to Enniskerry. 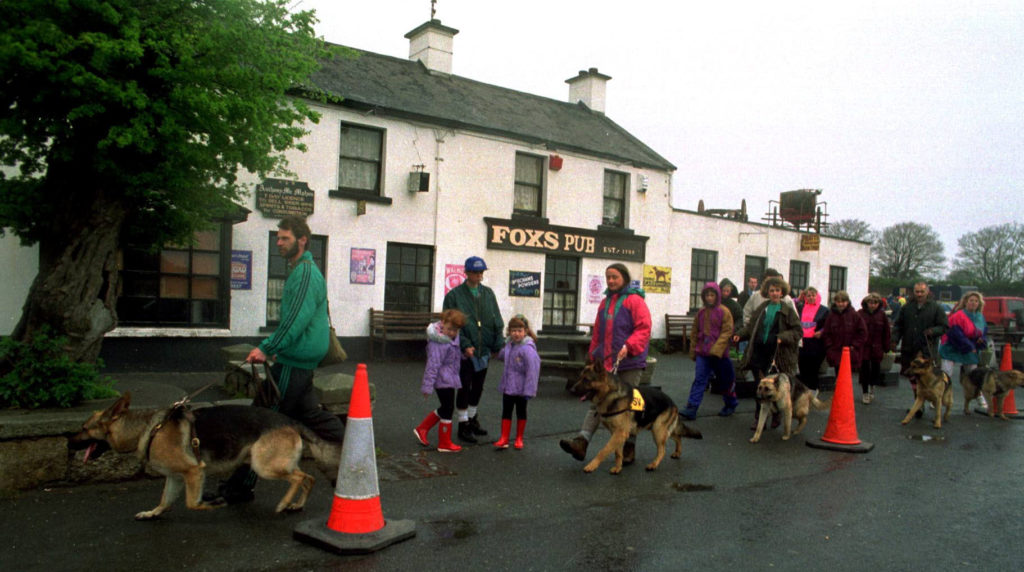 Tracker dogs are used in the search for Annie McCarrick outside Johnnie Fox’s Pub in April 1993, where she was last seen. Picture by: Eamonn Farrell/RollingNews.ie

There was no bus from Enniskerry to Glencullen - so she would have had to walk the 6kms to where she was next seen at Johnnie Fox’s Pub at Glencullen.

Annie was formally reported missing by her mother Nancy, who travelled to Ireland on March  30th that year.

Nancy travelled to Ireland again to re-visit the places Annie went to on that Friday afternoon and evening.

Annie’s father John has since passed away.

Gardaí have made a number of appeals for witnesses to come forward - recalling that Friday March 26th 1993 was a cold, wet and windy day.

Did anyone see or speak to Annie in Johnnie Fox’s Pub that evening?