A pro life group is planning a nationwide billboard campaign to mark one year since Ireland repea...

A pro life group is planning a nationwide billboard campaign to mark one year since Ireland repealed the Eighth Amendment.

The Pro Life Campaign has called on the Government to "provide positive supports for women in unplanned pregnancy and their families".

Last May, Irish people voted by an overwhelming majority to repeal the Eighth Amendment of the Constitution.

Donegal was the only constituency to vote against the proposal.

Speaking after the vote, the Taoiseach Leo Varadkar described the decision as "Ireland's second chance to treat everyone equally".

He said: "A hundred years since women got the right to vote. Today, we as a people have spoken. And we say that we trust women and we respect women and their decisions.

"For me it is also the day when we said 'No More'.

"No more doctors telling their patients there is nothing that can be done for them in their own country.

"No more lonely journeys across the Irish Sea. No more stigma. The veil of secrecy is lifted. No more isolation. The burden of shame is gone."

Speaking about the billboard campaign, Pro Life Campaign spokesperson Maeve O'Hanlon claimed: "What we have been hearing from people over the course of the last year is a deep sense of anger and regret.

"They feel that they have had their compassion used against them.

"It is time for the government to realise that the claims upon which they built their campaign for abortion have been exposed as the litany of deception that they were." 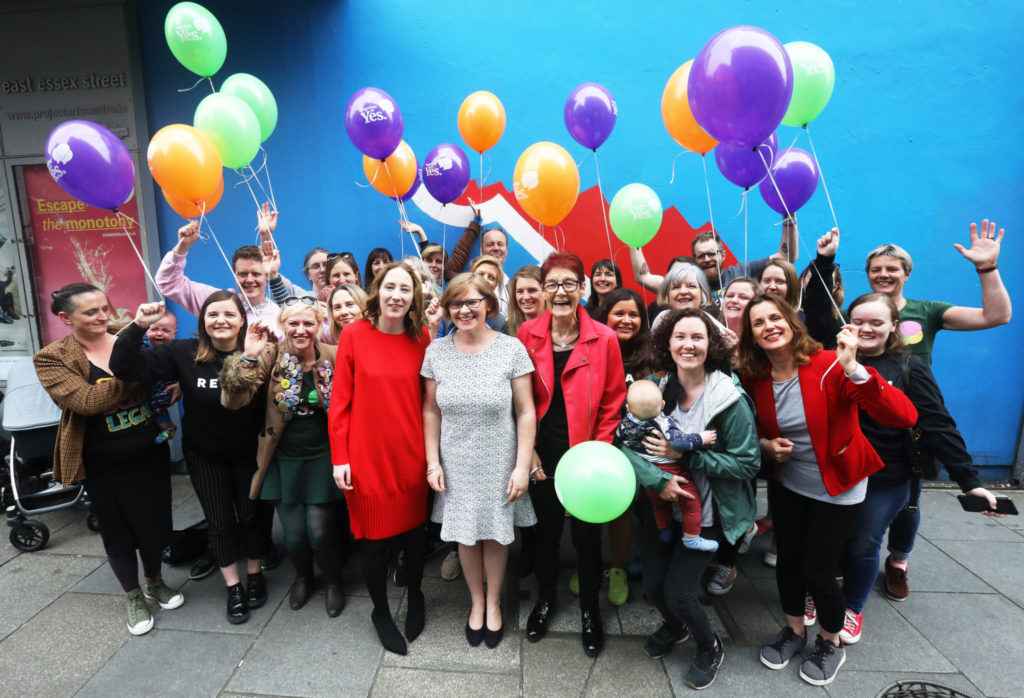 Meanwhile, the Together for Yes group also marked one year since the vote.

A photocall took place outside the Project Arts Centre in Dublin city centre on Thursday.

It was attended by the former co-directors of Together for Yes: Ailbhe Smyth, Orla O'Connor and Gráinne Griffin.

Main image: A billboard poster by the Pro Life Campaign