A new series of space exploration stamps have been unveiled by An Post. They are marking the 50th...

A new series of space exploration stamps have been unveiled by An Post.

They are marking the 50th anniversary of the first Moon landing, and US astronauts of Irish ancestry.

Two astronauts involved in the Moon landing feature on the stamps: Neil Armstrong and Michael Collins.

Armstrong, who had roots in Fermanagh, stepped onto the lunar surface and famously described the event as "One small step for man, one giant leap for mankind".

He is one of only 24 people to have flown to the Moon. 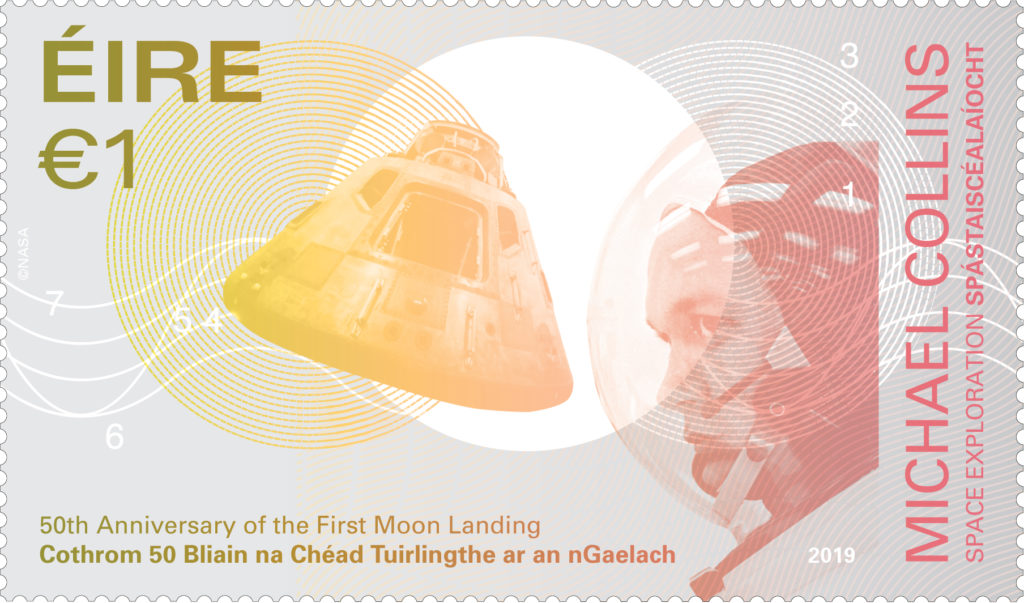 His Irish roots can be traced to the town of Dunmanway in Cork, from where his grandfather - Jeremiah Collins - emigrated in the 1860's.

Retired US colonel and NASA astronaut, Cady Coleman, is another astronaut featured on the stamps - along with Eileen Collins.

Speaking about being honoured on an Irish stamp, Ms Coleman said this recognition is "important for other people, particularly women and people of colour, who can see me on a stamp and think that they too could be this person.

"Katherine Johnson, Bessie Coleman and Sally Ride were pioneers of flight and of space exploration."

The €1 stamps were designed by Detail Design Studio and can be used for postage within the island of Ireland. 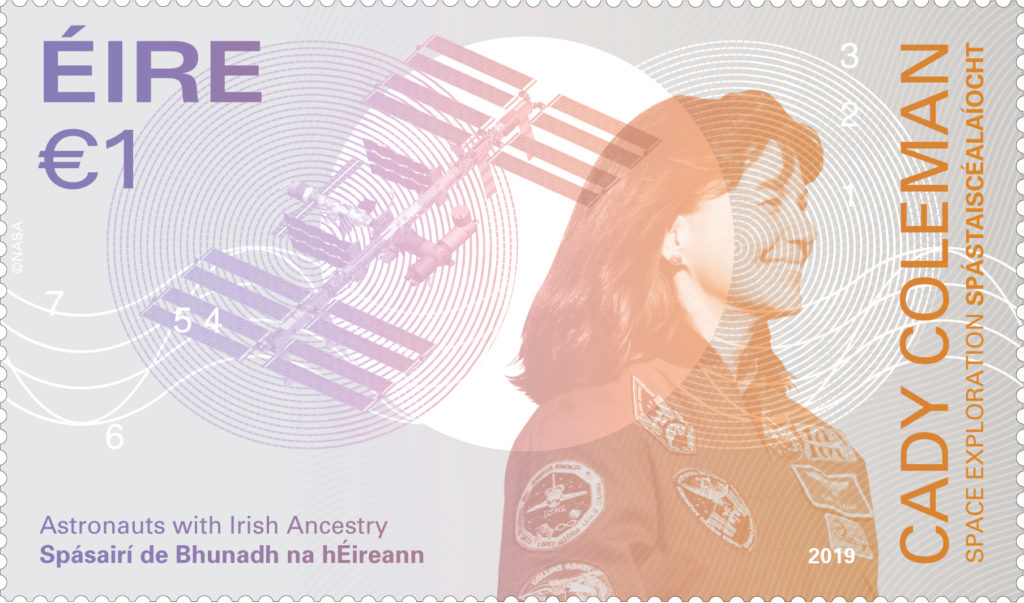 With Irish heritage on both sides of her family, Catherine 'Cady' Coleman is a veteran of two space shuttle missions - most recently in 2011.

During her last mission aboard the International Space Station (ISS), she recorded three songs for The Chieftains' 50th anniversary album - the first time anyone has ever recorded an album in space.

Eileen Collins, the daughter of two Irish immigrants from Cork, became the first woman to pilot a space shuttle mission during the Discovery's rendezvous with the Mir space station in 1995. 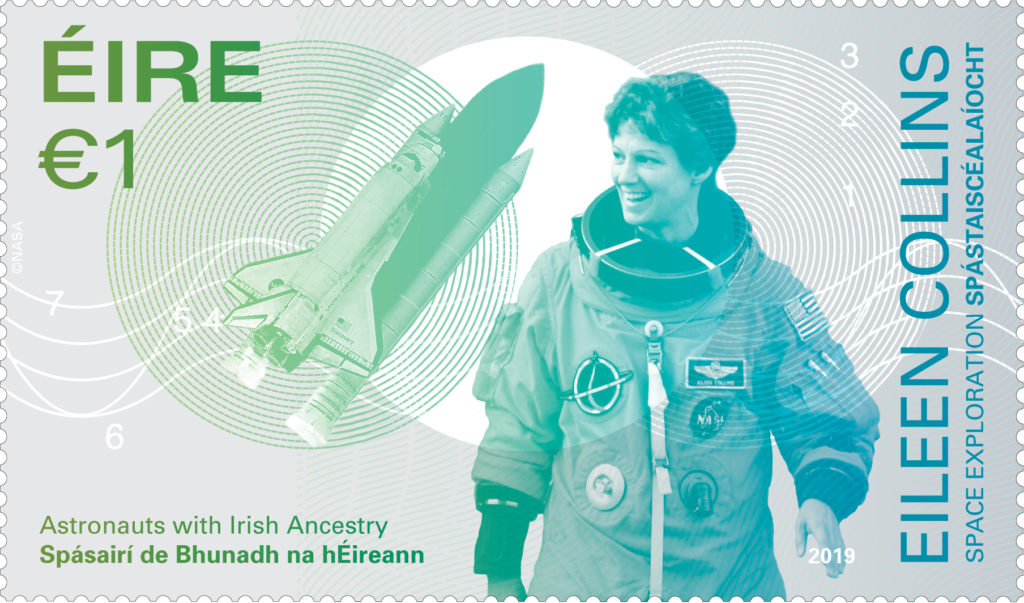 By 1999, she was given command of the space shuttle Columbia - another first for a woman.

Welcoming the new stamps, Ms Collins said: "The reasons why we go to space now are the same as they were 50 years ago at the time of the moon landing - most people understand that by going to space we are solving earthly problems."