The boys are back in town, as An Post launches two new stamps to mark 50 years of Thin Lizzy.

They were unveiled on Thursday in Bristol, England by the daughters, grandchildren and ex-wife of the band's late frontman Phil Lynott.

They were designed by Steve Averill, and are available at all post offices nationwide and at irishstamps.ie.

One of the greatest bands to come out of Ireland, Thin Lizzy remain giants of Irish rock decades after they first came together in 1969. 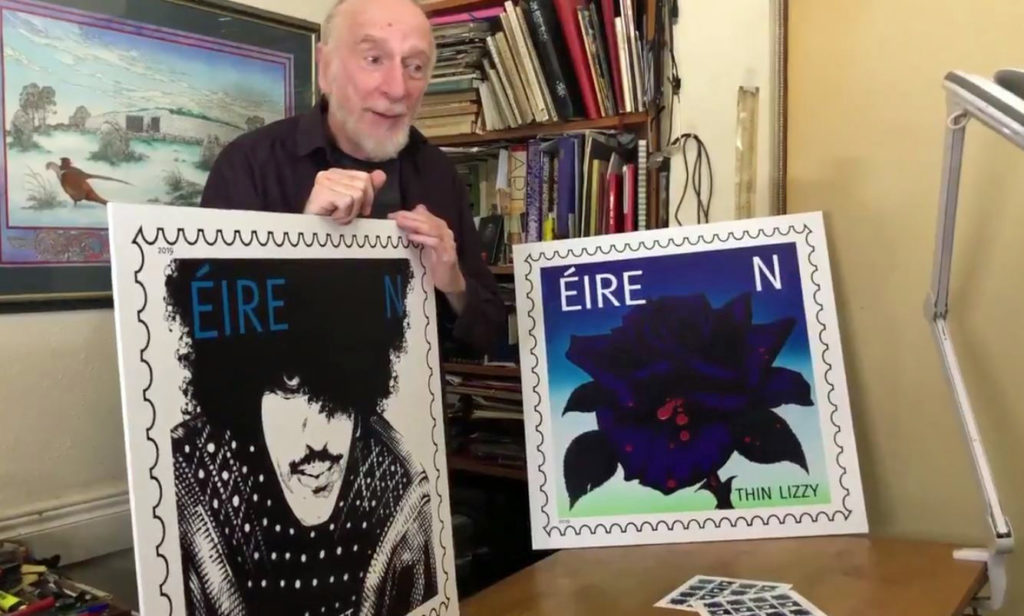 The stamps are based on the iconic artwork of Jim Fitzpatrick and cover standard postage within the island of Ireland.

Fitzpatrick is perhaps best known for his iconic two-tone portrait of Che Guevara created in 1968, based on a photo by Alberto Korda.

This image also featured on an An Post stamp in 2017.

On the new stamps, he said: "As a close friend of the late Phil Lynott, I am immensely proud to have my artwork included on these stamps.

"Never in our wildest dreams while working together would Phil and I have imagined that, one day, we would be acknowledged on a national stamp.

"It's a great honour, made extra special because another friend of mine, Steve Averill, famed for his U2 album cover artwork, designed the stamps."

'We have to rally together... everyone' - Kildare postman on working during COVID-19 crisis

An Post to make social welfare payments available for 90 days