Polls open in UK for third general election since 2015

Voters in the UK are heading to the polls today for the third general election since 2015. Polls ...

Polls open in UK for third general election since 2015

Voters in the UK are heading to the polls today for the third general election since 2015.

Polls opened at 7am, and will close at 10pm. 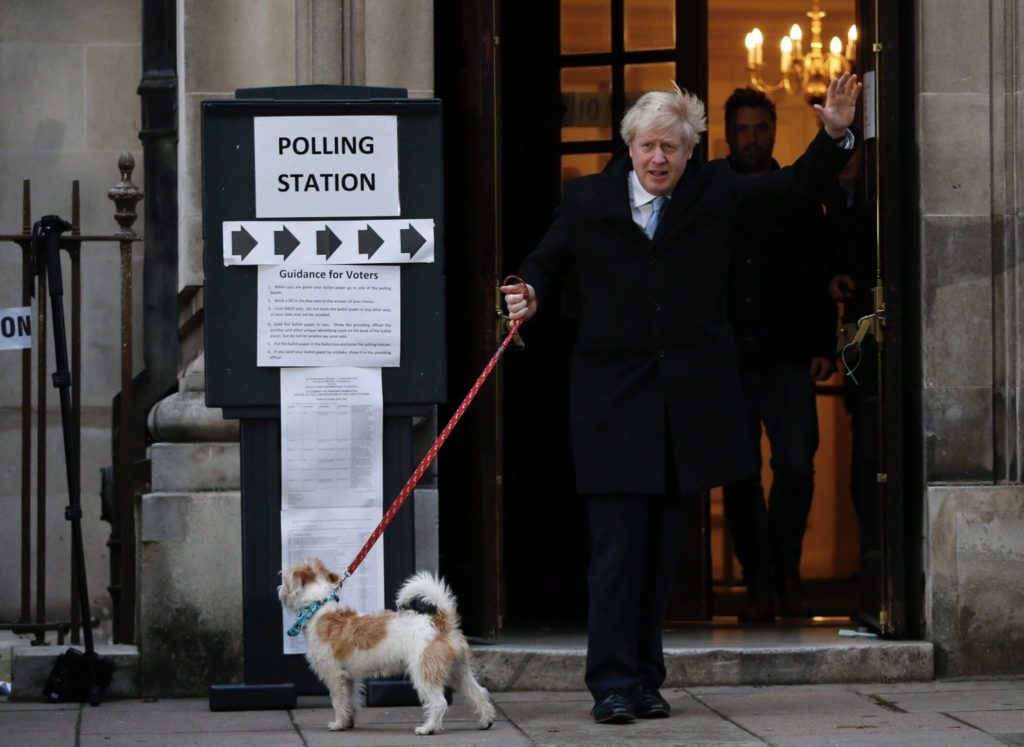 There have also been social media reports of long queues at some polling stations, particularly in parts of London.

A total of 650 seats are being contested across England, Wales, Scotland and Northern Ireland.

There are 40,000 polling stations with more unusual ones including a hair salon, laundrette, chip shop and a windmill.

The result should be known in the early hours of tomorrow morning, but exit polls will give an early indication of how people have voted later tonight.

Speaking on his way into the European Council meeting in Brussels this afternoon, the Taoiseach Leo Varadkar said he hopes the election provides a “decisive” result so that “we know where we are going in the next few months.”

“I think the best thing for Ireland, for the UK and for Europe would be an end to the uncertainty,” he said.

“So, whether that is Prime Minister Johnson winning with a large majority or the ‘remain’ parties together winning a majority, we will work with whatever the outcome is.

“I just hope we are not in that position again tomorrow.”

A final major poll ahead of the vote predicted a Conservative majority - but a considerably smaller majority compared to polls conducted earlier in the campaign.

Pollsters with YouGov said they also cannot rule out another hung parliament, similar to what happened in the previous election two years ago.

Party leaders took part in a frantic final day of campaigning yesterday, as they worked to secure every last vote they could before polls opened.

The Conservative party has offered 'Get Brexit done' as their slogan in recent weeks, as Boris Johnson aims to secure a majority to get his Brexit deal through parliament in early 2020.

If there’s a Conservative majority government, we can deliver the change people voted for. We can get Brexit done. We can make a decisive break with the dither and indecision of the last three and a half years. We can unleash Britain’s potential.

Labour's campaign has focused on pledging greater funding and support for public services, in particular the National Health Service (NHS).

If you put a cross in it, you'll save our NHS, properly fund our schools and tackle the climate emergency.

But billionaires and multi-millionaires will have to pay their fair share.

Do you cross that box?

The Liberal Democrats has focused on 'stop Brexit' messaging, while in Scotland the SNP will be keen to secure a greater proportion of the vote to further strengthen their presence in Westminster.

In Northern Ireland, both the DUP and Sinn Féin will want to make gains, while the SDLP will be eager to regain some presence in London after losing all their seats in 2017.

The last election resulted in a hung parliament, with the then Tory leader Theresa May entering a confidence and supply arrangement with the DUP to prop up her minority government.

That parliamentary arithmetic has led to repeated deadlocks and government defeats in the House of Commons over Brexit, with neither Mrs May nor her successor Boris Johnson having been able to get their respective deals with the EU past MPs.

A majority for Mr Johnson would mean he could get his deal through ahead of the January 31st Brexit deadline.

However, Mr Corbyn has pledged to negotiate a new deal and hold a second Brexit referendum - with 'remain' as an option - if he becomes prime minister.