Police in the US say they are in possession of the "lead projectile" fired from the gun used by actor Alec Baldwin when he accidentally shot and killed a cinematographer on the set of his new film.

Santa Fe County Sheriff Adan Mendoza said the projectile is suspected to be a live round, but it cannot be confirmed until it undergoes further testing.

About 500 rounds of ammunition have been recovered from the set including blanks, dummy rounds and what investigators suspect are "live" rounds, the sheriff said.

He added that is is still too early to say if criminal charges will be filed.

District Attorney Mary Carmack-Altwies said a "complete and thorough investigation is critical" but "if the facts and evidence and law support charges then I will initiate prosecution at that time".

Asked about whether Baldwin could be charged, the district attorney said "all options are on the table at this point".

She added: "There is a bridge and it will take many more facts, corroborated facts, before we can get to that criminal negligent standard."

Cinematographer Halyna Hutchins (42) was killed and director Joel Souza was hospitalised after a gun Baldwin was holding discharged on the set of 'Rust' last Thursday. 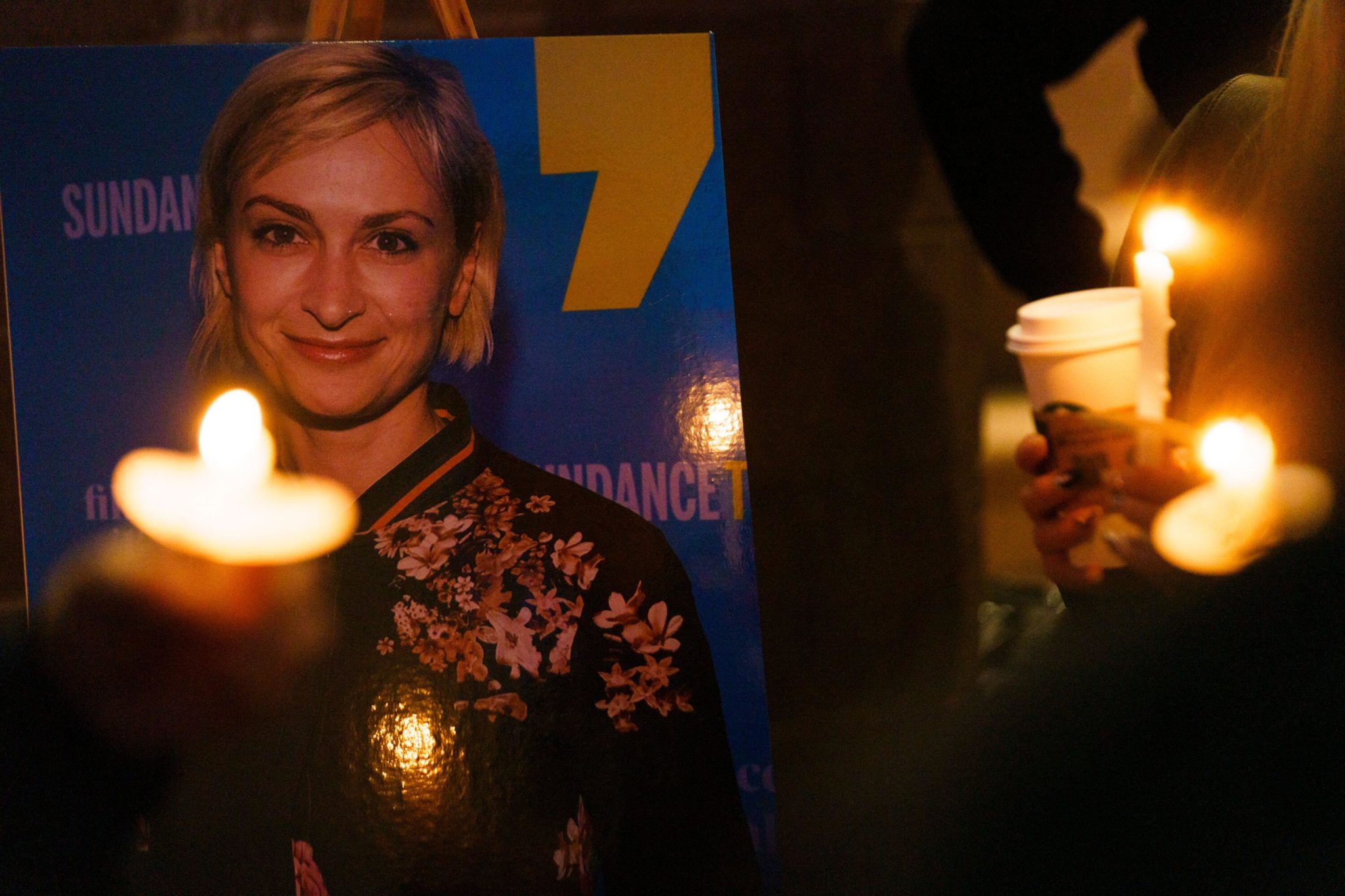 Members of a crowd hold up candles to remember Halyna Hutchins, after her death on the set of Rust, at the Albuquerque Civic Plaza in New Mexico in October 2021. Picture by: ZUMA Press Inc / Alamy Stock Photo

Mr Souza, who has now been released from hospital, was standing behind Ms Hutchins when she was struck in the chest after the firearm was discharged.

Sheriff Mendoza confirmed that Baldwin, assistant director Dave Halls, and the film's armourer Hannah Gutierrez have all been "co-operative" and spoken to detectives.

Halls had previously been fired from the film 'Freedom's Path' in 2019 after a gun unexpectedly discharged on the set, injuring a crew member, a producer for the film has said.

Halls had shouted "cold gun" before handing Baldwin the weapon on the set of Rust, indicating incorrectly that it didn't have any live rounds, according to a search warrant.

Questions have also been raised about the experience level of 24-year-old Hannah Gutierrez-Reed, the set's armorer.

Gutierrez-Reed, the daughter of Hollywood stuntman Thell Reed, was in charge of weapons and gun safety on the set.

Following the shooting, reports emerged that crew members had expressed concerns about gun safety and a Baldwin stunt double had accidentally fired two rounds after not knowing a firearm was loaded.

Asked what he thought about real weapons being used in the making of the film, Sheriff Mendoza said: "There was some complacency on this set and I think there are some safety issues that need to be addressed by the industry and possibly by the state of New Mexico."

'She was my friend,' says Baldwin in first interview since Halyna Hutchins' death