The LDA has recently made planning applications for 2,350 homes

It should be harder for people to object to building projects, according to the head of the Land Development Agency (LDA).

John Coleman was speaking as planning applications have been made for 2,350 homes in the last few weeks.

The body has responsibility to build houses on State-owned land.

The houses will be built around cost-rental and affordable purchase schemes, it says.

"We try and de-risk that as much as we can... there's no question, it is a big risk for us and it's a bit of a problem.

"I think that there probably needs to be a bit more balance in respect of how these things are handled, and how easy it is to make an objection and to delay very significant projects.

"We try and head it off by doing a huge amount of engagement with local communities to listen to concerns.

"For instance, in relation to our application for 977 homes in the Central Mental Hospital [site] in Dundrum, heights was a big issue.

"We started off with 14 storeys in a tower in the centre; but we've reduced heights to max out at seven storeys.

"And done a number of other things to try and mitigate some of the concerns that residents had". 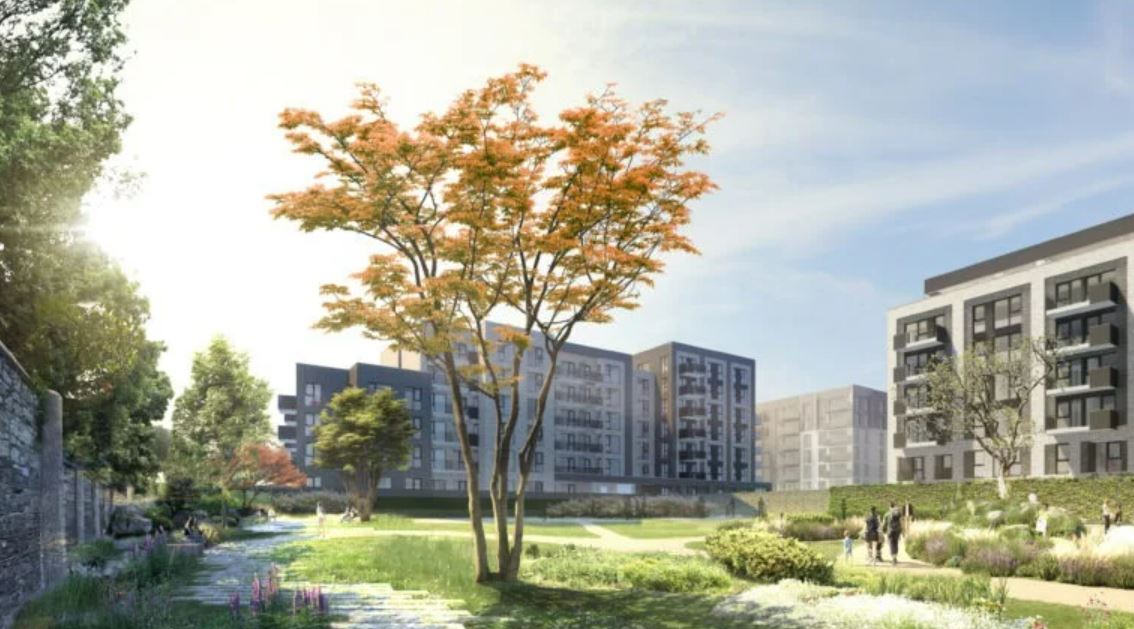 Plans for housing on the site of the Central Mental Hospital in Dundrum, Dublin. Picture by: The Land Development Agency

He says the LDA is to deliver thousands of homes in the next four years.

"We are ramping up delivery on State lands that we've been given access to since our inception about three years ago.

"The planning applications that have been lodged... it's a bit of a milestone for us to get those into the planning system.

"Those 2,350 homes follow an initial 860 that have already been planning consented, and that we hope to go on-site on over the next few months."

Those 860 units are set for St Kevin's in Cork and Shanganagh in south Dublin.

Main image: Plans for housing in Shanganagh in Dublin. Picture by: The Land Development Agency