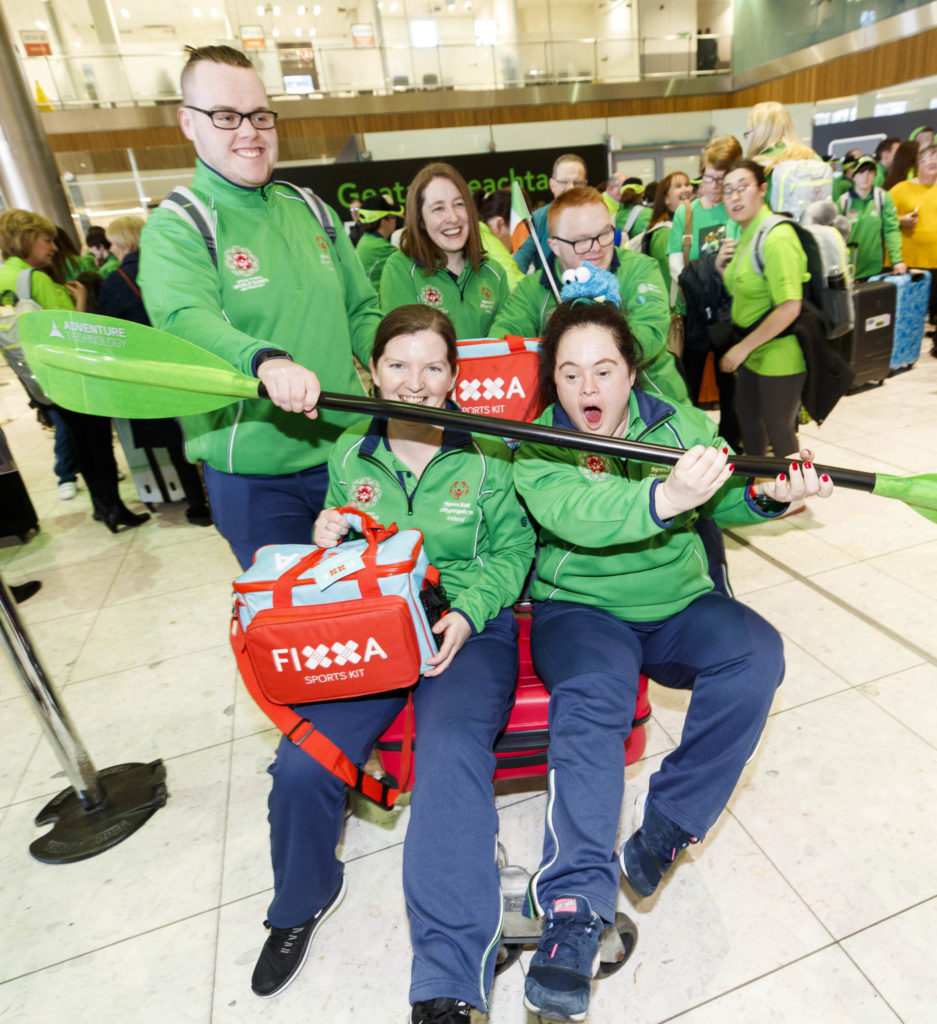 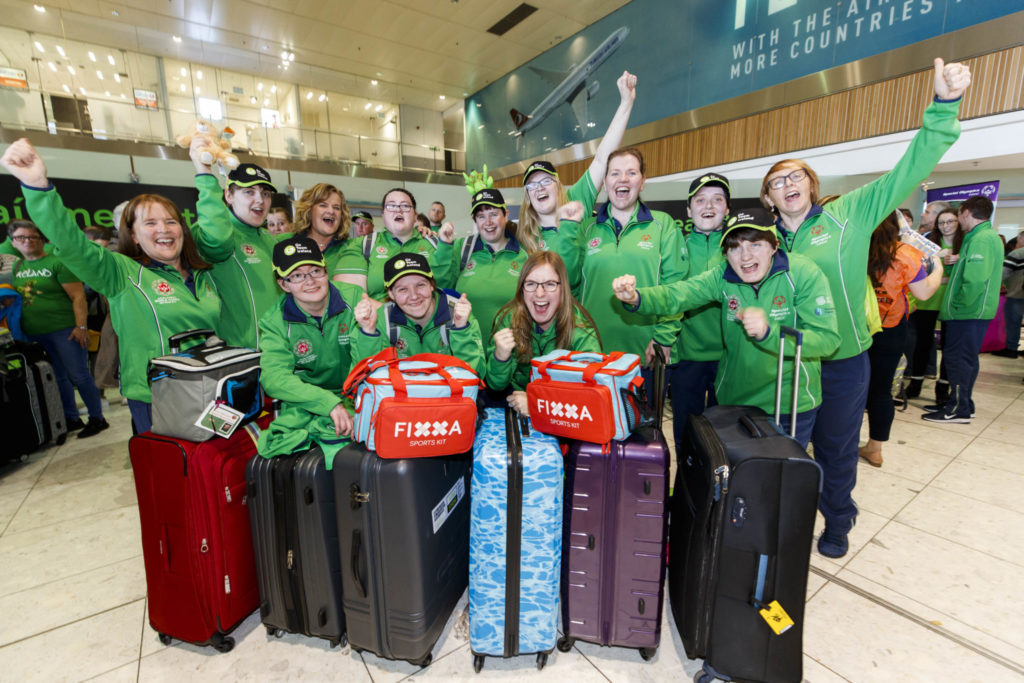 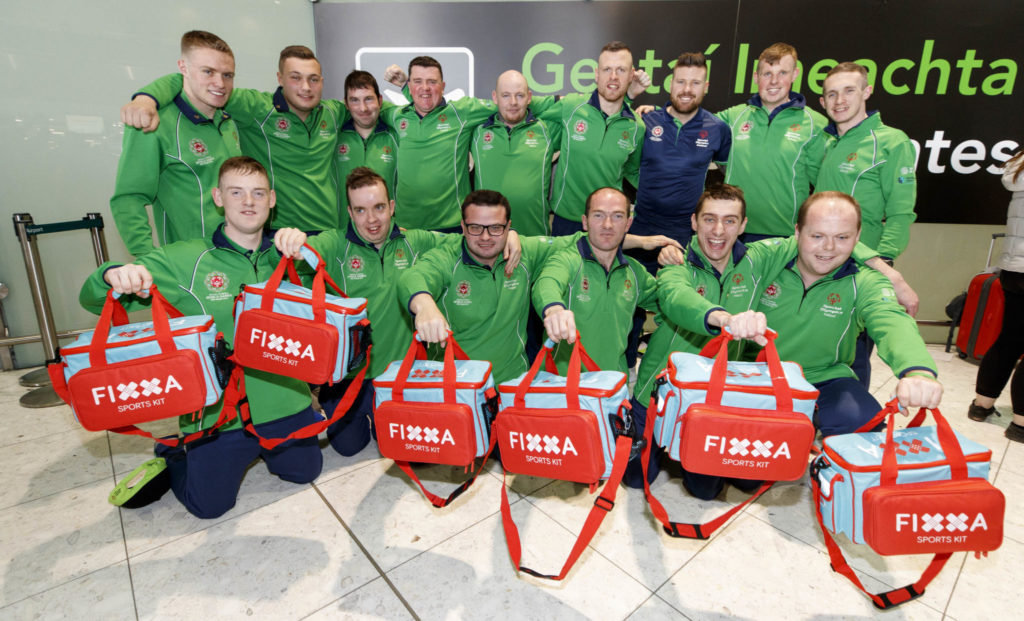 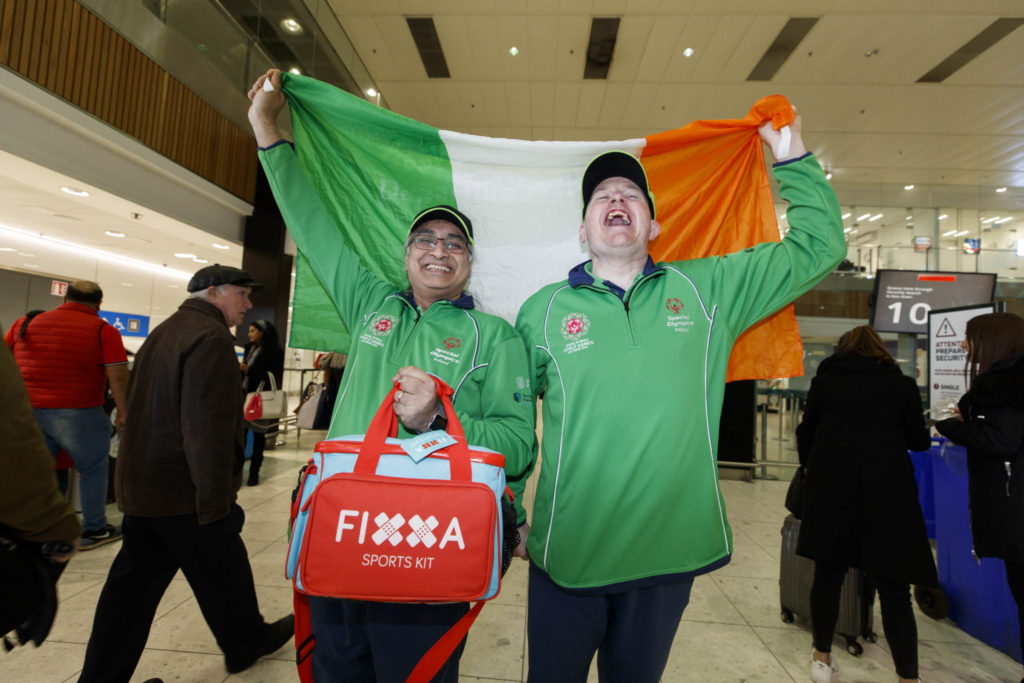 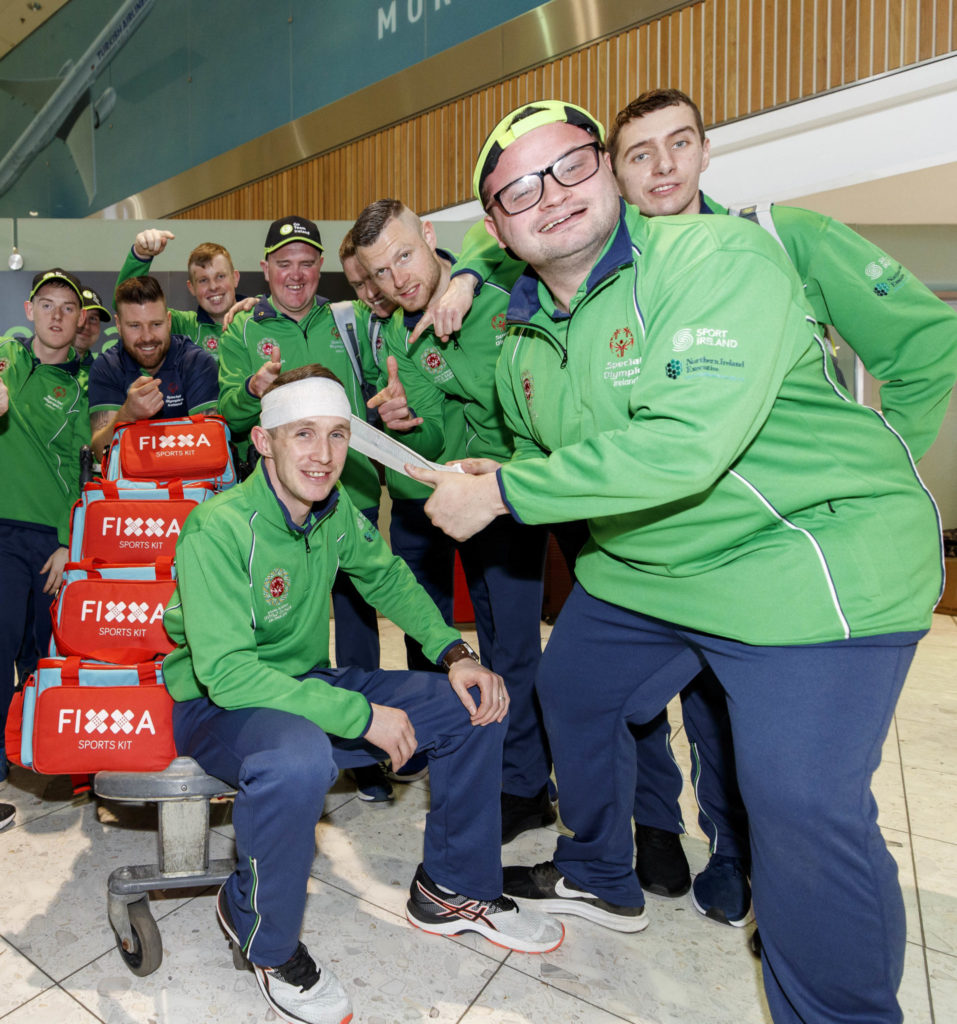 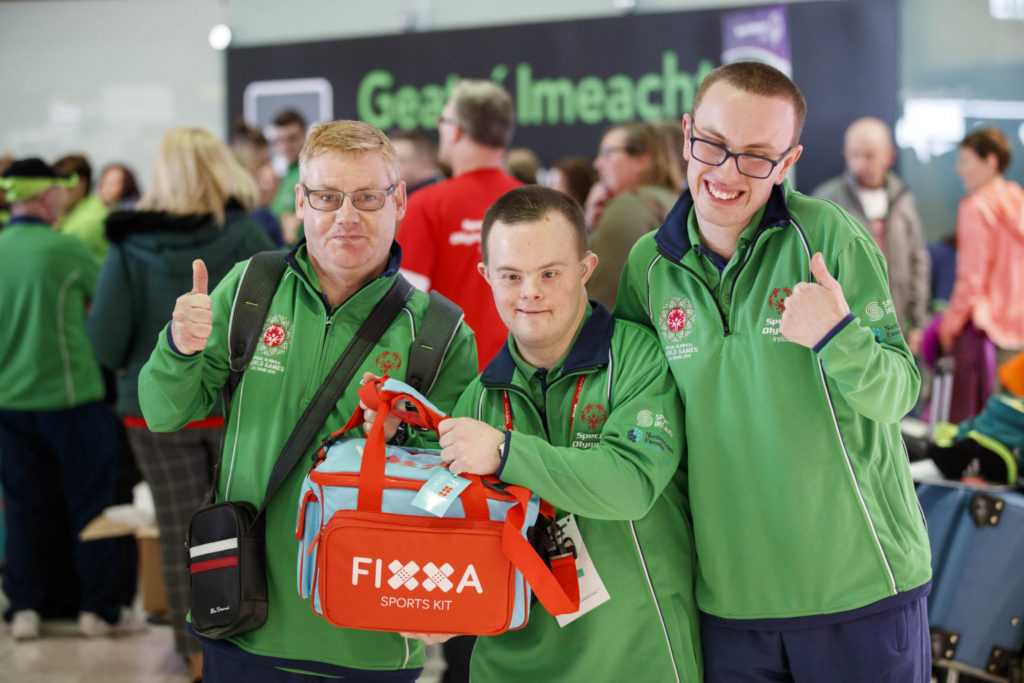 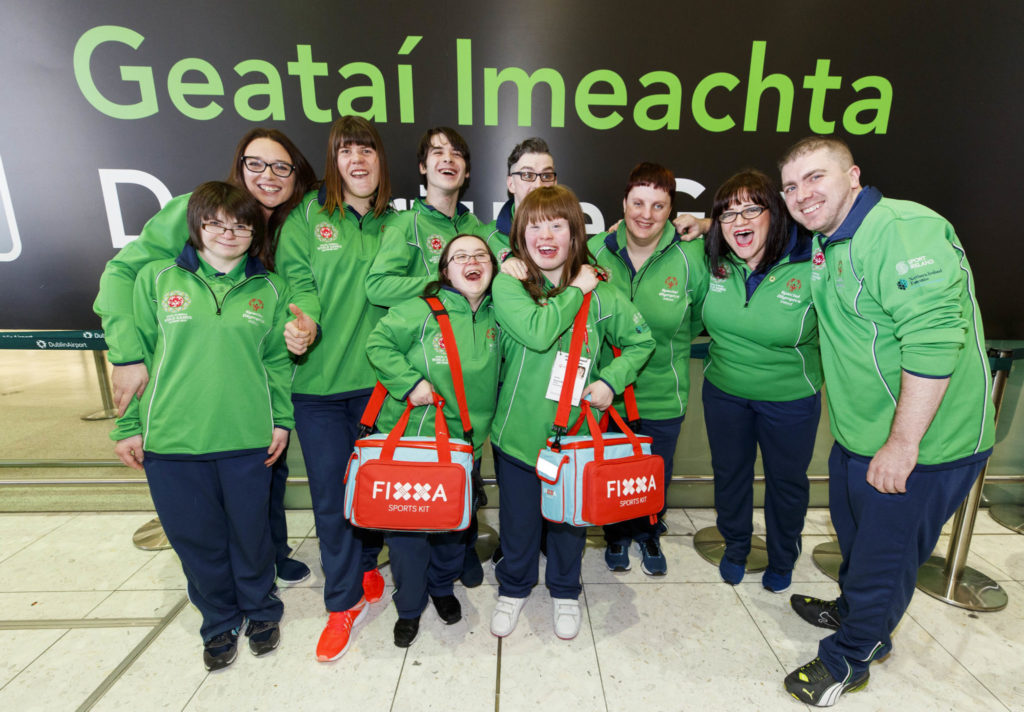 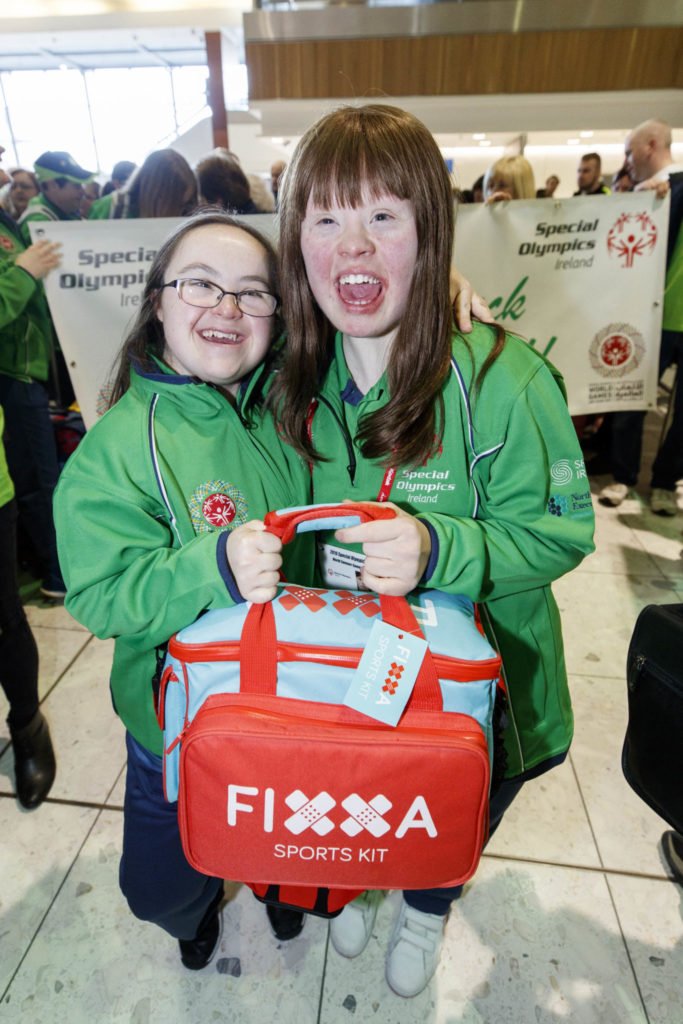 The games kick off for seven days from Thursday March 14th.

They are supported by a management team of almost 40 and over 70 volunteers.

There will be over 7,000 Special Olympics athletes from 170 countries.

Great excitement in Terminal 1 as 91 #TeamIreland athletes depart for Abu Dhabi to compete in the @WorldGamesAD on St. Patrick’s Day. Best of luck team, we’re all behind you 🇮🇪 pic.twitter.com/cL3tW3qGI2

Some 76 volunteers from Ireland will also travel to Abu Dhabi, to assist the games organising committee in the UAE.

The games will be the largest sporting and humanitarian event in the world this year.

A total of 24 counties are represented on Team Ireland.

Newstalk reporter Henry McKean was at Dublin Airport as Team Ireland was given a heroes send-off.

He spoke to athlete Gary O’Sullivan from Castleisland in County Kerry - who will compete in the 400m walk and the 4kg Shotput at the games.

"I am just speechless," he said.

"When I heard I was going to Abu Dhabi I was shocked; I was overwhelmed.

"I was just over the moon and it has just been a privilege for me to represent my own country."

Matt English, CEO of Special Olympics Ireland, said: “We have been looking forward to Team Ireland travelling to Abu Dhabi for many months now,” he said.

“But the excitement was palpable here today. So many family members and sponsors wishing the team the very best.

“But seeing the whole team - 130 in all; 91 athletes, 39 coaches, assistant coaches and the management team - I am just overwhelmed now with the support they are getting and this is just the start."

Today is the day #TeamIreland depart for @WorldGamesAD and they have the support of everyone, including @IrishRugby Manager Joe Schmidt

Thanks Joe, maybe the teams can meet up in a few weeks to compare International stories?
@IrishRugby @RoryBest2@SportNINet @sportireland pic.twitter.com/FeqjTl9eXV

Team Ireland will prepare for their World Games experience with a visit to Dubai as part of the Host Town programme.

During this time, the athletes have an opportunity to acclimatise to their surroundings with a range of cultural events and activities, before the official Opening Ceremony on Thursday March 14th.

The Opening Ceremony, which will take place at Abu Dhabi's Zayed Sports City Stadium, is set to be a celebration of humanity at its best.

More than 40,000 spectators will witness 170 nations take place in a celebratory parade, with the athletes being accompanied by a number of international celebrities - including singer and Special Olympics global ambassador, Nicole Scherzinger.

Mr English said: "I am extremely proud of each and every one of our athletes who will represent Special Olympics Ireland at the 2019 World Summer Games in Abu Dhabi.

"Each of these athletes has demonstrated dedication, discipline and skill in their various sports in order to reach this level of sporting competition, and that itself is worthy of celebration.

"They are paving the way for the nearly 8,000 Special Olympics athletes training in clubs across Ireland.

"They are all winners in our eyes, and it is a remarkable achievement not only for the athletes, but also for their coaches, families and volunteers."

For more tune into The Pat Kenny Show from 9am tomorrow to hear Henry McKean's full report.

Dublin named 17th most congested city in the world