PICTURES: Ireland gets a snow day!

We were promised snow, and many people were not disappointed. A number of weather alerts were iss...

PICTURES: Ireland gets a snow day!

We were promised snow, and many people were not disappointed.

A number of weather alerts were issued by Met Éireann on Wednesday for snow, ice and cold temperatures.

Many of us woke to a light (or heavy) covering of snow - and people got creative.

Some used the white gold to leave messages of solidarity and hope.

I wrote a thing in the snow this morning pic.twitter.com/1VDHHSjvi7

My little Teddy Bear on heavy snowfall in #Carlow. First time I went outside of my home in the snow in 2021.

I placed a face mask to remind ourselves that the year 2021 will be a difficult one with the #pandemic and we can overcome it with health safety precautions. #StaySafe pic.twitter.com/xJL1UebkPo

Some people got creative with their surroundings.

While others, just had fun.

Did anyone else wake up to #Snow?❄️ Blitzen was VERY excited to go out and play in it!☃️ Share your snow pictures with us👇 #sneachta #SNOW pic.twitter.com/MS1fqwOdYj

And for some, it was a totally new experience.

Take a look at some other snotos from around the country:

A frozen snowy park this morning. I love snow. Got out my boot snow chains and everything! pic.twitter.com/aPZ36iq3zQ

Bit of snow in Dublin today. The swans clearly weren't pleased about walking in it. pic.twitter.com/woak0QDtFY

We had a some snow in Kildare, Carbury village pic.twitter.com/e0UZxa1oBM 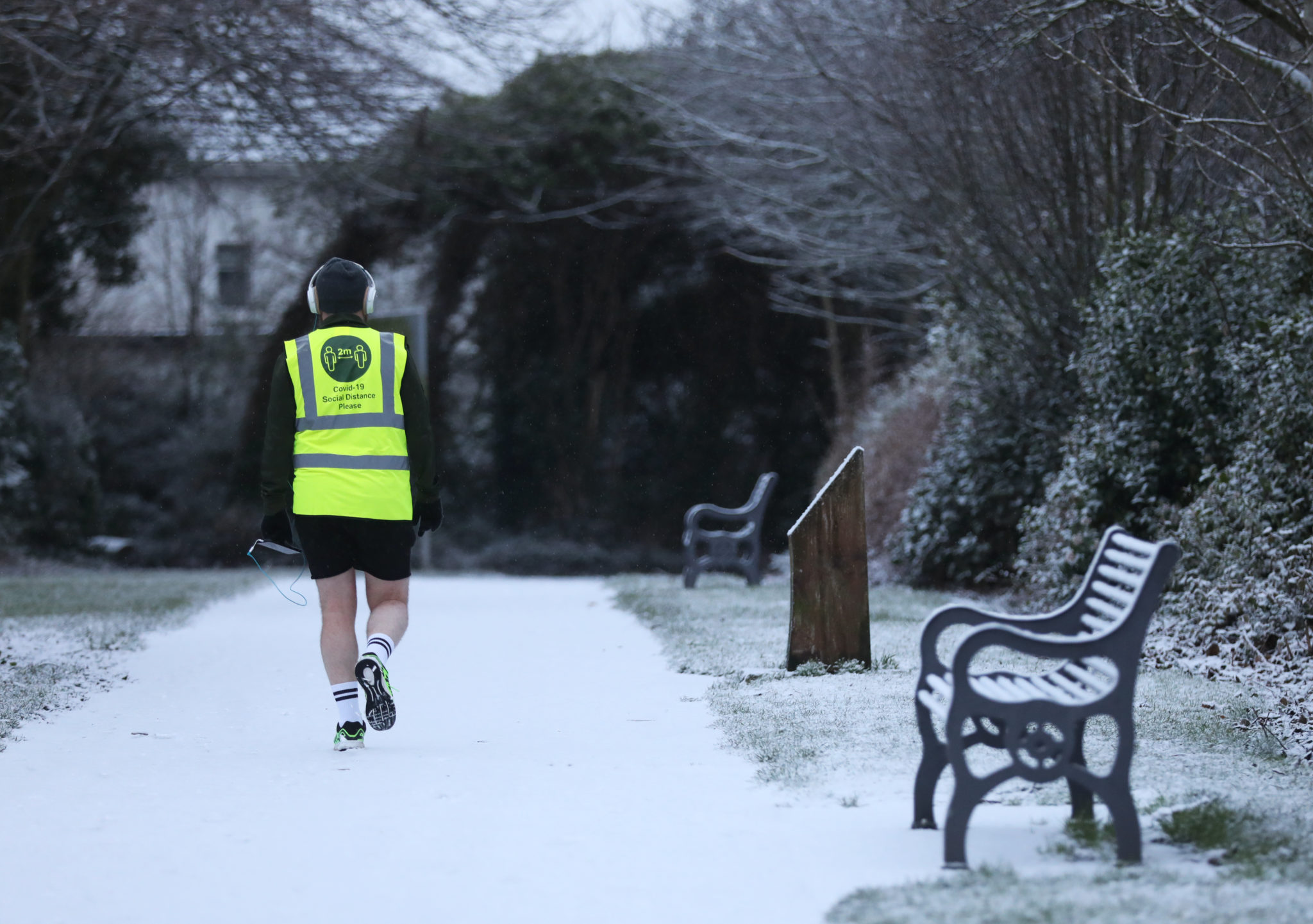 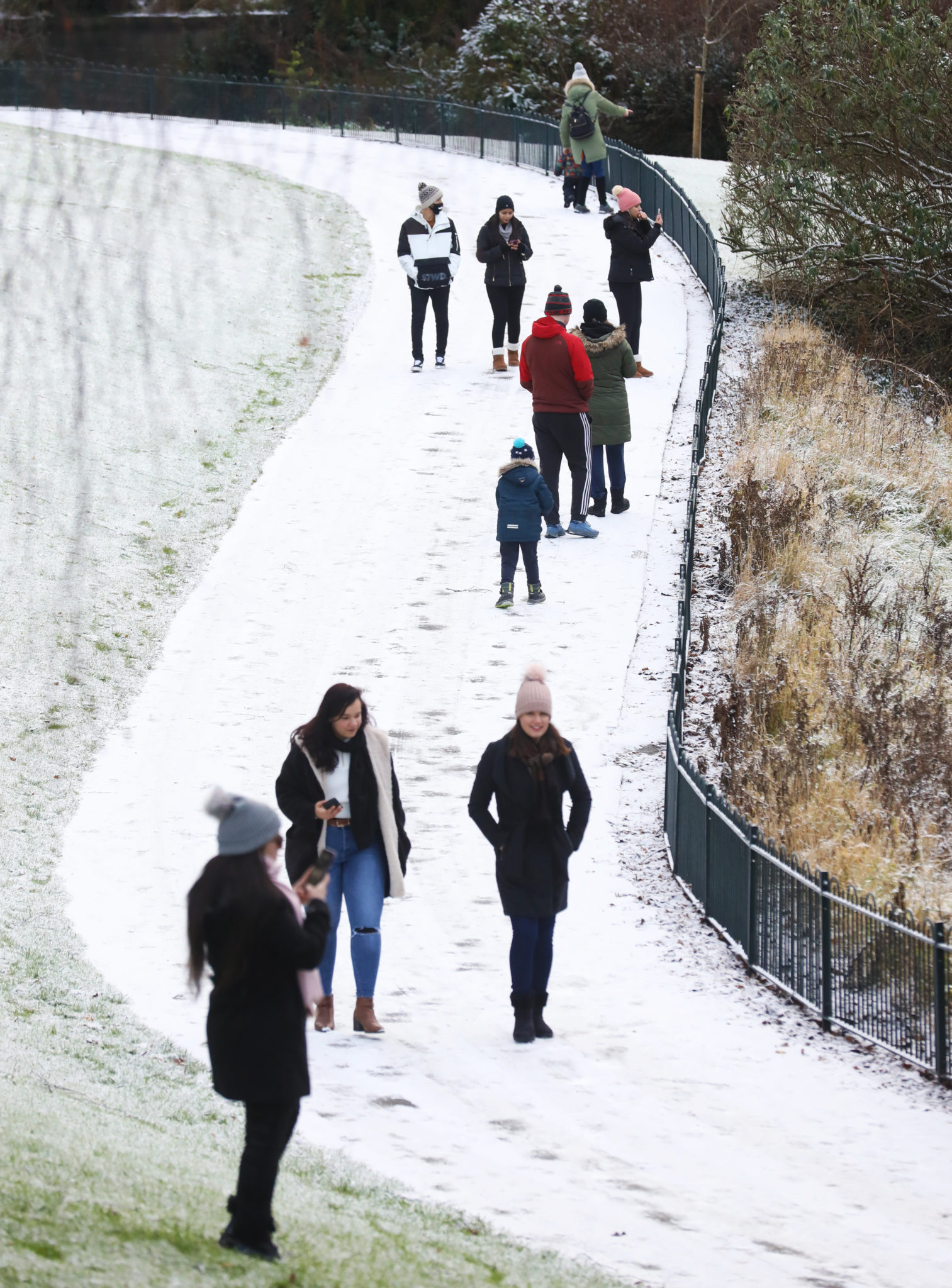 Members of the public walking in the snow in Dublin's Phoenix Park. Picture by: Leah Farrell / RollingNews.ie

The nicest thing about snow is the excitement it evokes. It’s something that touches the child in us all. Waking up to it is magical, but my favourite is to watch it fall. #theviewfrommybedroom #snow #leitrim #ireland #sneachta ❄️🌨☃️ pic.twitter.com/RM51hCbKJY

Main image: Layla Whelan (7) and Conor Whelan (3) from Dublin as they go tobogganing by the Papal Cross in the Phoenix Park. Picture by: Leah Farrell / RollingNews.ie