The chief executive officer of Permanent TSB (PTSB), Jeremy Masding, is to step down as CEO in 20...

The chief executive officer of Permanent TSB (PTSB), Jeremy Masding, is to step down as CEO in 2020.

He has held the position for eight years - making him the longest serving of any of Ireland's current bank CEOs.

However the bank says the actual date of his departure has yet to be determined.

The board of PTSB says it has started a process to select a new chief executive and will make a further announcement "in due course".

Mr Masding will also step down as a director of the bank at the date of his departure.

The chairman of PTSB, Robert Elliott, said: "Jeremy and his team oversaw a very complex and challenging turnaround which has restored Permanent TSB to a position of significance in the Irish banking market.

"Jeremy leaves the bank in an immeasurably stronger position than when he took up the role.

"On behalf of the board, I want to express our deep appreciation for his huge commitment over the past eight years."

He was appointed chief executive in early 2012 when the bank was in severe crisis following the banking crash. 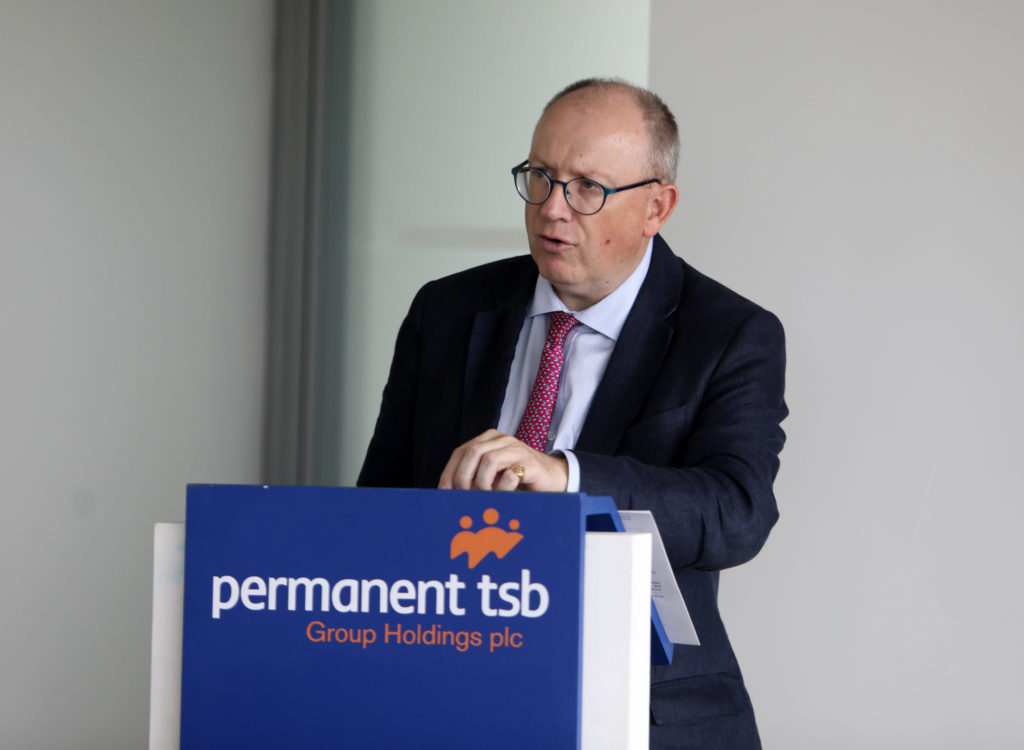 During his term, Mr Masding has overseen the bank's return to profitability from losses in excess of €1bn, the negotiation and implementation of an EU-approved restructuring plan, and a reform of the bank's structures and systems.

In terms of commercial performance, from a low of around 2% following the banking crash, the bank now accounts for some 15% of the new mortgage market.

However back in May, the Central Bank fined PTSB €21m for regulatory breaches related to tracker mortgages.

The charge was in respect of "serious failings" to 2,007 tracker mortgage customer accounts which were impacted between August 2004 and October 2018.

In addition to the reprimand and fine, PTSB also had to pay €54.3m redress and compensation to its impacted customer accounts to date.

PTSB admitted in full 42 separate regulatory breaches of the Code of Practice for Credit Institutions 2001 and the Consumer Protection Codes 2006 and 2012.

The Central Bank said: "It reflects the gravity with which the Central Bank views PTSB's failings and the unacceptable harm PTSB caused to their tracker mortgage customers, from extended periods of significant overcharging to the loss of 12 family homes and 19 buy to let properties."

On his move, Mr Masding said: "The last eight years have been exceptionally challenging for our stakeholders and, in particular, for our customers.

"However, we have succeeded in the biggest challenge which was to rebuild the bank while keeping thousands of people with significant mortgage difficulties in their homes.

"The bank has, and continues to be, a force for competition in a market which needs choice."