Turkey has agreed to a ceasefire in Syria, provided Kurdish fighters withdraw from a 32km ‘safe zone’ on the border between the two countries.

US Vice President Mike Pence made the announcement following talks with the Turkish President Recep Tayyip Erdogan in Ankara.

He said US forces had already begun to facilitate the safe withdrawal of Kurdish troops from the area.

He said Turkey has agreed to engage in no military action against people living in the city of Kobani just south of the Turkish border.

The US President Donald Trump tweeted: “Great news out of Turkey.”

Great news out of Turkey. News Conference shortly with @VP and @SecPompeo. Thank you to @RTErdogan. Millions of lives will be saved!

Turkey began its offensive into the area last week after President Trump withdrew US troops from the region.

At the time, President Erdogan said the incursion aimed to create the safe zone and prevent the establishment of a “terror corridor” along Turkey’s southern border. 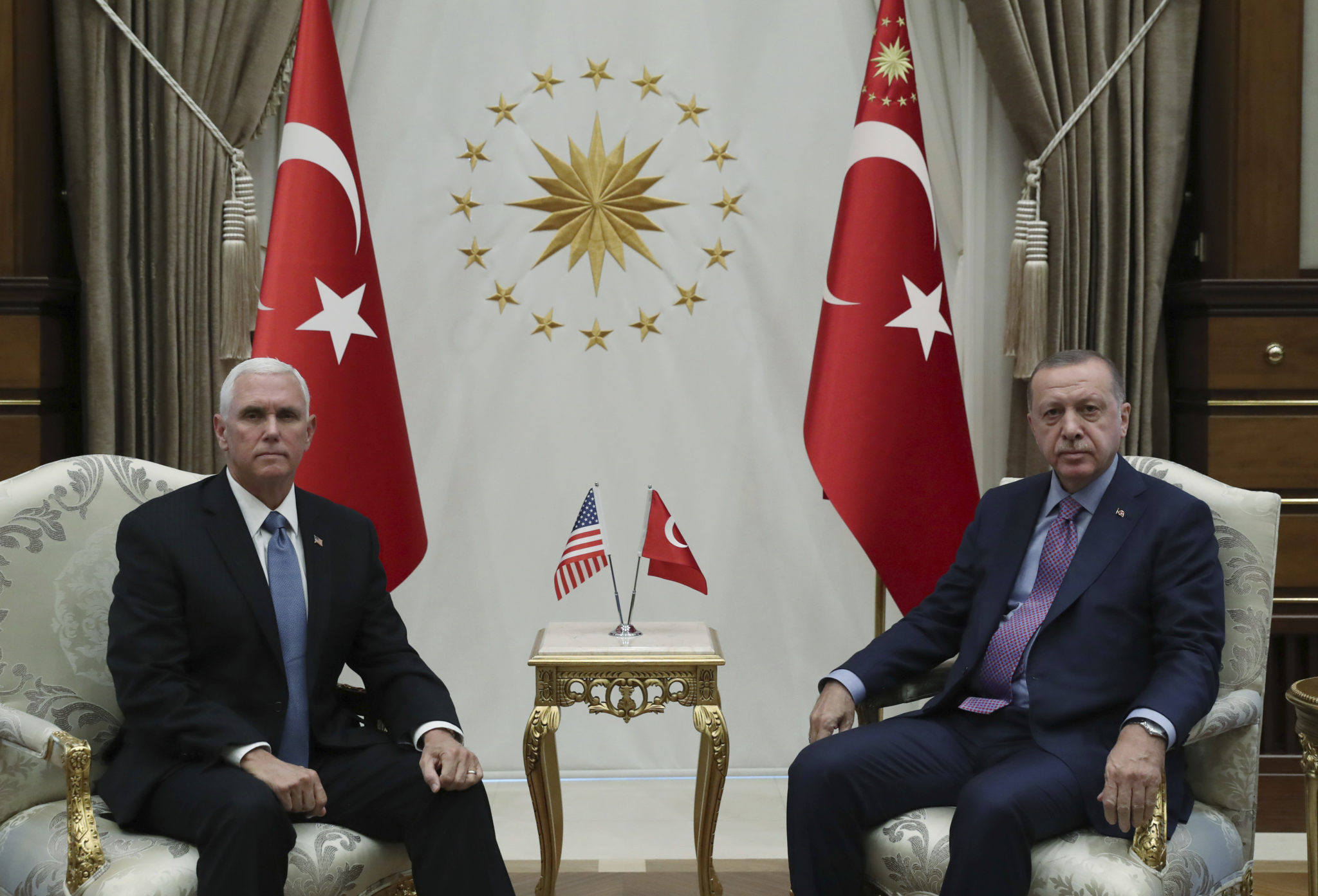 The Turkish Government views the Kurdish militia as a terrorist group.

The Kurdish-led Syrian Defence Force (SDF) fought the Islamic State alongside the US-led alliance for many years.

President Erdogan said Turkey would resettle up to two million Syrian refuges in the safe zone.

US demands Syria ceasefire as it announces sanctions against Turkey