Parents are being advised not to give their children false hope on the return of school. Both pri...

Parents are being advised not to give their children false hope on the return of school.

Both primary and secondary schools are set for a partial reopening from March 1st after being shut since Christmas.

Leaving Cert students are likely to be the first to go back, while junior and senior infants and first class pupils are top of the list to return to primary schools.

Earlier this week, NPHET advised the Government that schools can return on a phased basis from early March.

It is expected that a formal decision will be made by Cabinet on Tuesday.

Dr Deirdre McGillicuddy, a primary school teacher and Assistant Professor in Education at UCD, says going back will be a big transition for many children.

She told Newstalk Breakfast with Susan Keogh that the most important thing is the safe return to school for everyone.

"I think children have been very silent and voiceless throughout the pandemic and I think we have grave concerns about that so we'll welcome the return to school when it happens," she said. 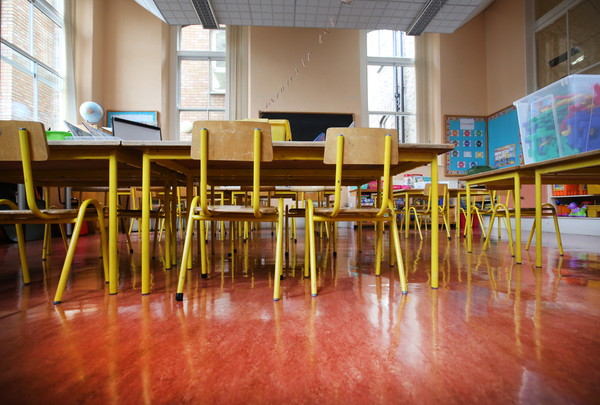 The Department of Education "has reached their long arms into our homes" with the combination of children trying to learn remotely and parents working from home "intense", Dr McGillicuddy said.

"We are going to have to dig deep but my message would be for the next few weeks, just focus on your wellbeing and your children's wellbeing because that's now a priority, especially with the return to school, what you want to do now is prepare them for that.

"The other thing really about that is this is going to be a big transition for them back to school again and really what you need to do is talk about school and don't give them false hope, don't tell them they're going back to school until you get that email from the school.

"Because the kite flying that has been happening over the past week has been very upsetting for everybody.

"One you have that confirmed date, have a conversation with the children about going back to school, their concerns, what happens in school, what are they looking forward to."

Dr McGillicuddy said that with her own three children, they are looking forward to being back with their friends.

She added that decisions on when schools will officially reopen should be made by stakeholders behind closed doors, and a clear announcement should be made when a formal consensus has been reached.

"I think once the children go back to school, they'll realise how much they have actually missed it and missed their friends," she said.

"For parents, don't be surprised in those first couple of weeks of being back in school, your children do have big emotions or they're trying to make sense of what they've lost over the past two months when they return.

"It's about supporting them through that, so for the next three weeks, put their wellbeing first."

'We are failing girls, surely to God' - Ciara Kelly on physical education