More than 200 children have attended school so little over the past two years that their parents ...

More than 200 children have attended school so little over the past two years that their parents or guardians have been issued with legal proceedings by Tusla.

Almost half of the cases are in the south of the country.

Parents and guardians have a legal obligation to ensure their child attends a school, or else receives an education elsewhere.

If the Child and Family Agency Tusla feels a parent is neglecting their child in this regard, it sends them a warning letter called a 'School Attendance Notice'.

These warning letters were issued in connection with 778 individual children between January 2018 and August of this year.

If a parent ignores one of these warnings, they face prosecution and - if convicted - they can be fined and/or jailed for up to one month. 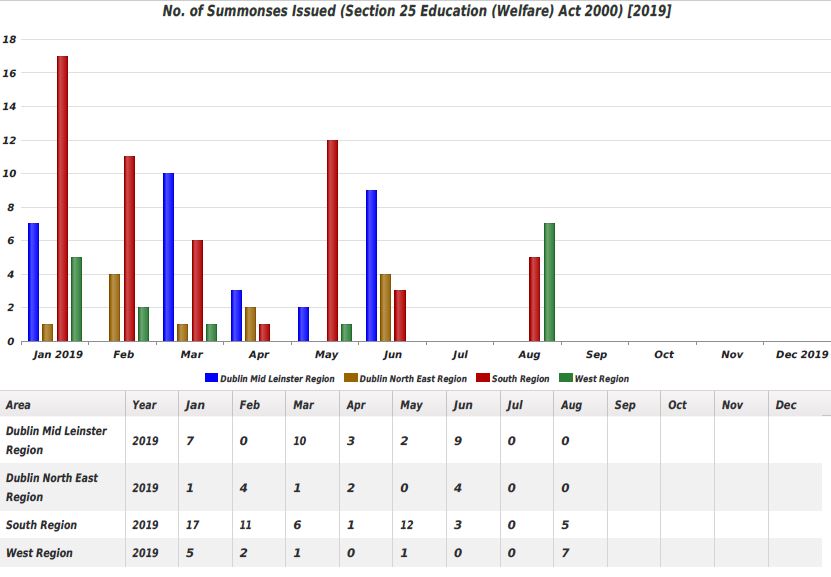 Tusla has issued court summonses relating to 212 individual children during that period.

Paul Downes is the director of the educational disadvantage centre at Dublin City University (DCU).

He said: "These figures are much too high.

"This legal proceedings approach was supposed to be an approach of last resort - and I think it shows that there's a system failure taking place".

"The concern is that the lack of support facilities being put in place for these children and their families means that maybe the legal route then becomes an option being used too often - rather than the other kind of supports that might need to go in place before this".

The children's charity Barnardos is also calling for additional family supports to address the issue.