The Orange Order has staged a parade through Belfast to celebrate the centenary of Northern Irela...

The Orange Order has staged a parade through Belfast to celebrate the centenary of Northern Ireland.

Northern Ireland turned 100 years old in 2021 and the festivities were delayed because of the pandemic. But whatever the date, the tens of thousands of unionists on the streets of Belfast were keen to celebrate the belated anniversary.

Beginning at 1pm, the parade kicked off outside the Stormont Assembly - once a bastion of unionism but now a place where Sinn Féin’s Michelle O’Neill might soon govern as First Minister - and participants headed east towards Belfast city centre with all the music, flags and cheering crowds customary of an Orange Order march.

Inevitably, there was a dash of politics added in too; for generations the Orange Order has led efforts to maintain the British connection in Ireland and senior Orangemen were keen to stress their view that Northern Ireland wanted to stay part of the United Kingdom:

“To all taking part - walk with pride in this place, for all that we’ve achieved together and with hope for the future,” DUP leader Sir Jeffrey Donaldson tweeted.

“They told us Northern Ireland would never see this day. We defied them then and we will defy them again for the next 100.”

A grand day for flying the flag pic.twitter.com/Uwp08aGEnt

Speaking outside Stormont, the order’s Grand Secretary, the Rev Mervyn Gibson, defiantly told the crowd, "We have no interest in becoming part of an All Ireland.

"If it’s not under the Union Jack then count us out. British we are and British we stay."

On the thorny issue of the Northern Ireland Protocol that led the DUP to collapse the power sharing Executive, Revd Gibson was equally trenchant:

"We will not tolerate any system, process or structure that will allow checks on any goods trading within the UK for use within the UK," he continued.

"Secondly and equally critically is we will not be mastered by no foreign power nor subject to laws and regulations made by foreign governments.

"Until these injustices that make Northern Ireland a place apart from the rest of the United Kingdom are removed then those we elect will opt out and stay out of the Executive."

"Let me make clear if the Protocol is not sorted then make no mistake - no mistake - there will be no next 100 years for Northern Ireland." 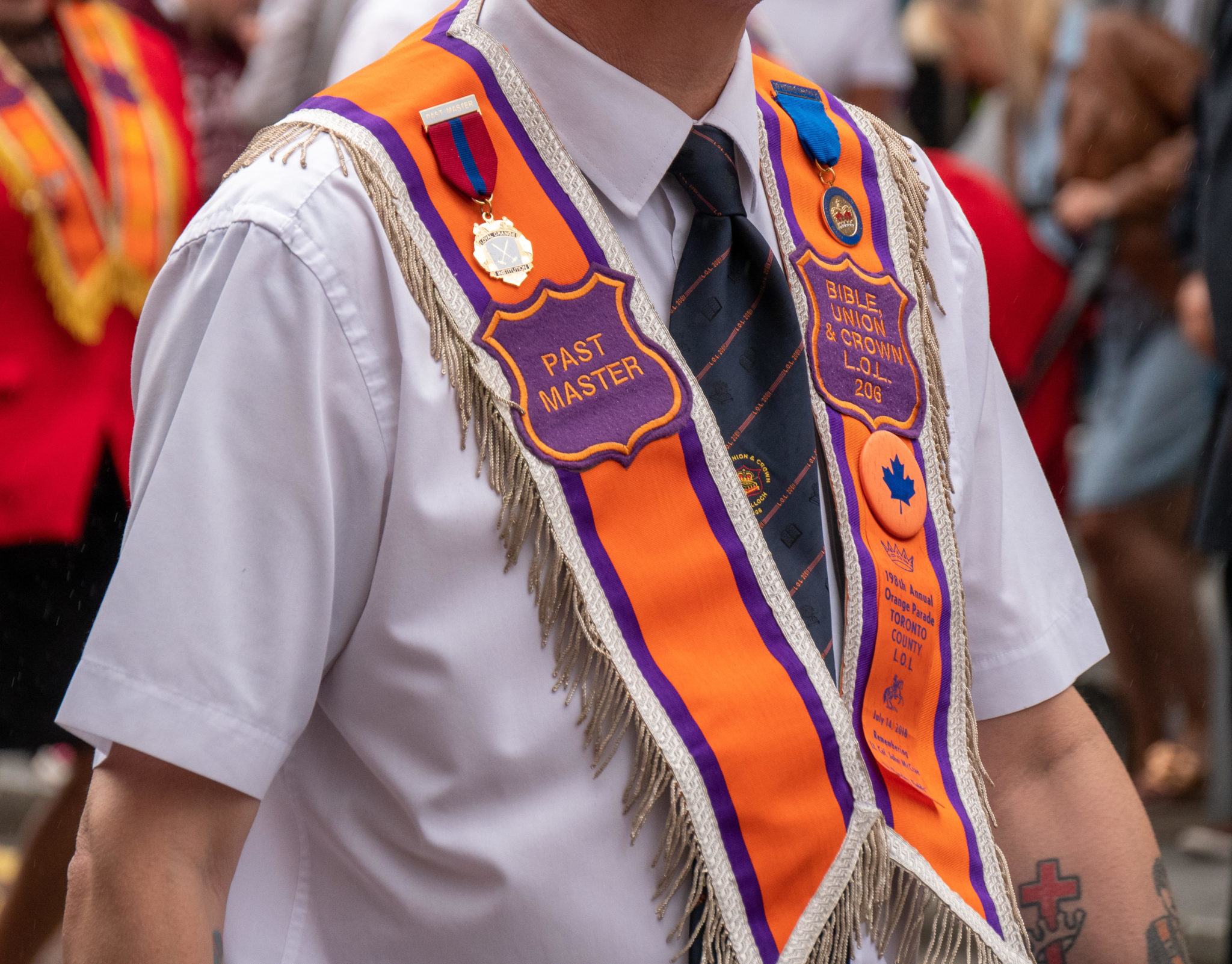 Belfast, Northern Ireland, UK - an Orange man in his sash.

While Grand Master Edward Stevenson, dressed in the traditional sash and with a large Union Jack unfurled behind him, told attendees that they were "fully justified in not only commemorating, but proudly celebrating, this anniversary".

He also attacked the British Government whom he argued, “did little [last year] - despite much encouragement by this organisation and others - to ensure that the centenary was marked in a fitting way."

Have you seen Michael? Missing six-year-old might be in Northern Ireland