One third of all hospitality workers are not receiving in full the tips customers give them, the ...

One third of all hospitality workers are not receiving in full the tips customers give them, the Irish Congress of Trade Unions has claimed.

The ICTU says exploitation is rife in the industry and that staff frequently do not receive the proper pay, breaks and holiday leave they are entitled to:

“We know that staff have problems getting holidays, getting the correct payment of wages,” Fiona Dunne of the ICTU explained to Newstalk Breakfast.

“And significantly there’s a lot of other breaches like Sunday premiums, not getting access to holidays, not getting proper rest breaks and also we did a campaign about two years ago around tips where a third of employees stated that they weren’t getting their tips paid to them.”

It is an issue that the Government is aware of and the Payment of Wages Bill is due to begin its journey through the Oireachtas today when Minister of State Damien English will introduce it in the Seanad.

If the bill becomes law then employers will be required to clearly state where the money is going if 100% of a tip does not go directly to members of staff.

“We’d like to see how this will be inspected,” Adrian Cummins from the Restaurants’ Association of Ireland told Newstalk.

“What is the regulatory regime around this and also we want to make sure we do the right thing as well if this becomes law.” 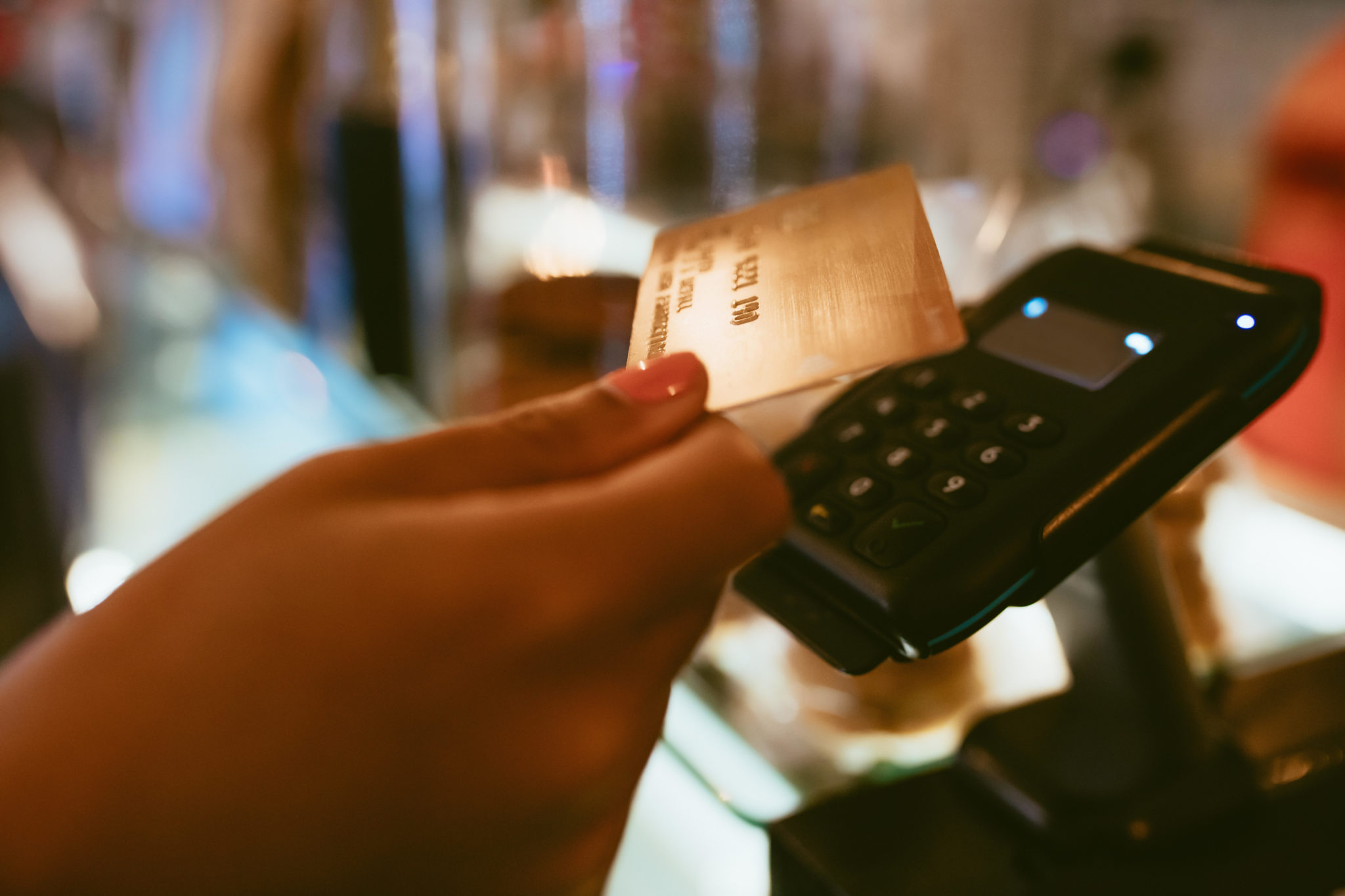 A person using a payment terminal at a coffee shop in January 2019. Picture by: Jacob Lund / Alamy Stock Photo

Restaurants across Ireland have complained that they have found it difficult to recruit staff this summer and one owner described it as a “constant struggle”.

Despite this, the ICTU said that wages in the industry are not rising:

“We would expect wages to go up [in the current climate] but we’re not seeing it,” Ms Dunne continued.

“And what’s worrying is the narrative of the huge number of vacancies and the conversation about employing transition year students. These are students who are probably 16 of age [and] are paid the subminimum rate - so below the minimum wage that we currently have.

“And that’s the route they seem to be pursuing.”

Main image: A waiter sets a table inside the Ely wine Bar, on Ely place in Dublin.

Blame for COVID cases rests with Government not hospitality - Treyvaud