Ireland has taken in around 64,000 refugees and asylum seekers so far this year.

One-in-seven Irish hotels is now being used to house refugees and asylum seekers, according to new figures released to Newstalk.

Ireland has taken in nearly 10,000 asylum seekers already this year – and that does not include the 54,000 Ukrainians who have arrived in Ireland since the war began.

It is a 700% increase on the numbers arriving last year; however, the Department of Justice said this is because COVID restrictions prevented international travel for large parts of 2021.

Around 400 asylum seekers are currently arriving in Ireland every week and by the end of the year, the country is expected to have taken in around 15,000.

On The Pat Kenny Show this morning, Newstalk’s Chief Reporter Barry Whyte took a deep dive into the figures.

He began by speaking to the Taoiseach Michéal Martin, who told him the situation reflects a “very disturbed world”.

Mr Martin said the Ukraine War has brought about Europe’s worst humanitarian disaster since WWII, while there is unrest in the Sahel region of Africa, drought in the Horn of Africa and conflict in the Middle East.

“What you're getting is a migration pull,” he said. “People want to leave areas of conflict and drought brought about by climate change. So it really is a reflection of where the world is today.

He said the numbers arriving in Ireland are “far higher” than was expected, noting that things are “very, very challenging”.

“I pay tribute to the Irish people for being in a position to accommodate so many so quickly, but it is challenging and it is difficult and it will remain difficult until the end of the year,” he said. 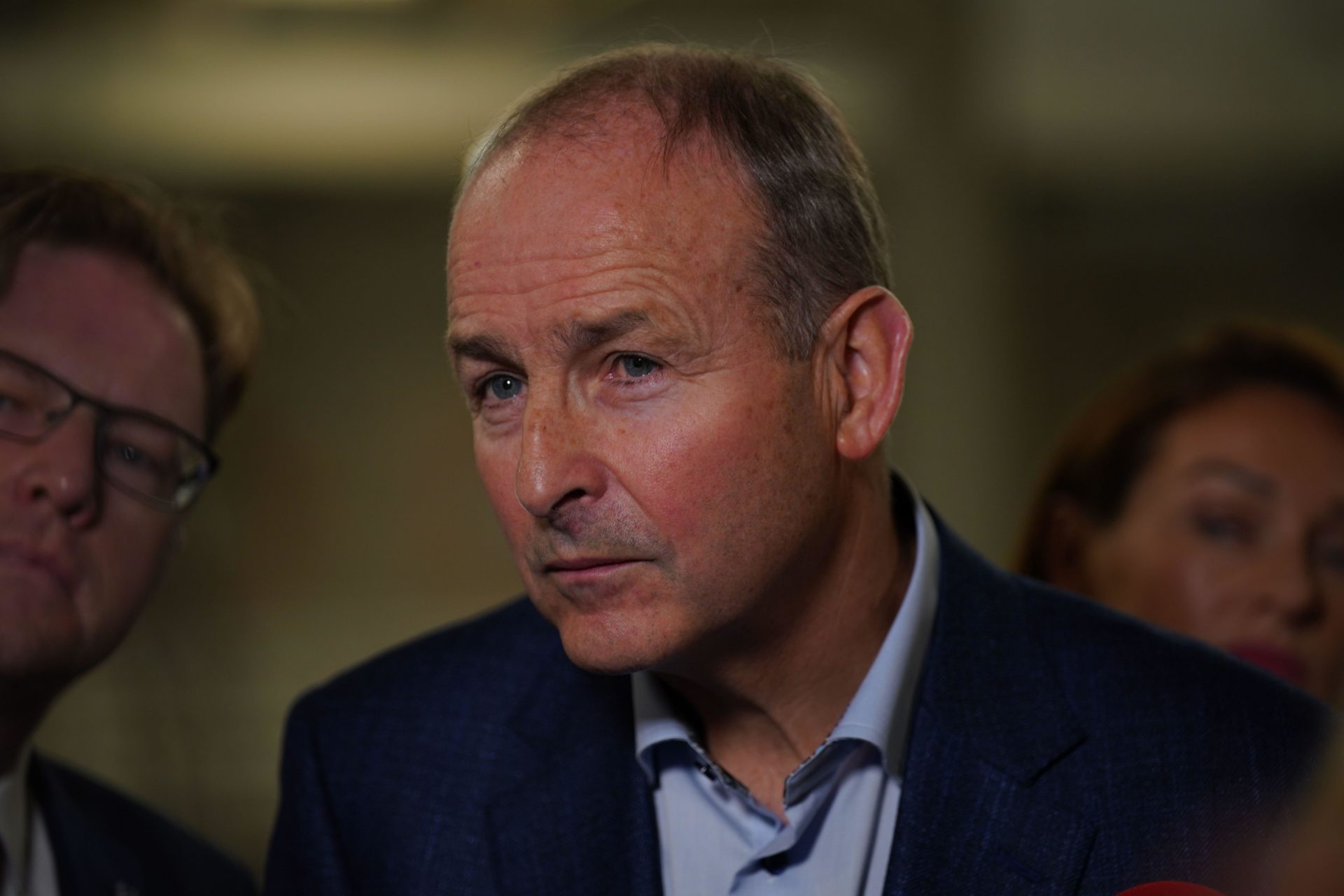 Meanwhile, 118 Irish hotels are being used to house asylum seekers and refugees – one-in-seven of the country’s overall hotel stock.

That figure does not include homeless people who are also being housed in hotels. Speaking to people in Celbridge, where the Celbridge Manor Hotel is now being used as a Direct Provision Centre, Barry found a near-unanimous call for a cap on the number of new arrivals into the State.

“We’re taking in far too many and we are not able to cater for them either financially or accommodation-wise,” said one man.

“It looks good on paper to all the European countries, oh good Ireland, but the cart is before the horse. We should say now, hold fire, let’s get the housing situation sorted and that might give us a chance.

Minister Roderic O’Gorman tells me a cap on numbers entering the country is not an option. pic.twitter.com/UvG19rLDFE

Meanwhile, the Minister for Integration Roderic O’Gorman told Newstalk that accommodating new arrivals is “really difficult right now” – but Ireland will not be putting a cap on the number of asylum seekers or Ukrainian refugees it accepts.

He said the Government has warned the Ukrainian Embassy that the standard of housing it can offer is falling.

“The standard of accommodation has dipped in certain circumstances because the needs are so great and we have been very clear in our communication, particularly with the Ukrainian embassy,” he said.

“What we can provide is shelter and safety – but it is certainly not luxury by any means.”

Coming up on @PatKennyNT show tomorrow, I’ll have a report on immigration; 54,000 Ukrainian refugees, plus 10,000 people seeking international protection have arrived here so far this year.

But how much of a struggle is it for the Government to find accommodation? @NewstalkFM pic.twitter.com/4uIEJcOUVw

Despite the high numbers of people arriving here, the UN Refugee Agency (UNHCR) told Newstalk that Ireland is not taking in any more than other European countries.

The head of the UNHCR Ireland Office Enda O’Neill the increase is happening right across Europe.

“Ireland so far this year has received approximately 1.6% of the overall number of applications lodged in the EU,” he said.

“That would be considered proportionate to our size.”

He said the government should be commended for its efforts – but the strategy of relying on hotels, B&Bs and other private accommodation has “reached its limits”.

“We would like to see significant investment now by Government to ensure it has the capacity to meet the immediate shelter needs of arrivals and to provide safeguards for the protection of children and other vulnerable groups,” he said.

Main image is a split-screen of Roderic O’Gorman and the Citywest Hotel in Dublin.