The number of couples choosing Humanist and Spiritualist Union of Ireland ceremonies is increasing.

However, the Roman Catholic ceremony was still the most popular choice among opposite-sex couples - with 8,863 couples opting for this.

Brides and grooms are also getting older - the average age is now 34.8 years for brides and 36.8 years for grooms. 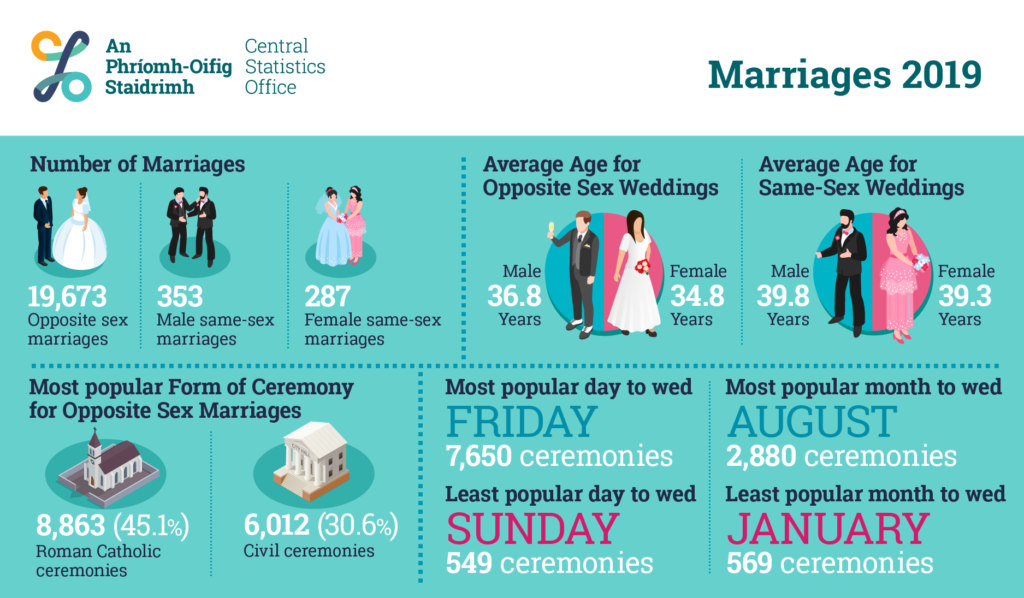 This is an unadjusted marriage rate of 4.1 per 1,000 population.

The warmer months of June, July and August were the most popular for weddings, while the cooler months of January and February were the least popular.

Friday and Saturday continue to be the most popular days to ‘tie the knot’ for opposite-sex couples, while Friday was the most favoured day to wed for same-sex couples.

Sundays and Mondays remain the least popular days for all couples.

While there were 20,313 marriages registered last year, the CSO says there is likely to be an impact on the registration of marriages in 2020 due to the COVID-19 pandemic.

Main image: Detail of a bride and groom's hands at a wedding | Image: Dirk Pagels/DPA/PA Images