Number of people presenting for cocaine treatment doubles in 12 months

New figures show there has been a 50% increase in the number of cases presenting for cocaine trea...

Number of people presenting for cocaine treatment doubles in 12 months

New figures show there has been a 50% increase in the number of cases presenting for cocaine treatment between 2017 and 2018.

The Health Research Board (HRB) says while opiates remain the most common drug reported, at 42%, cocaine (22%) is now rivalling cannabis (23%) as the second most common drug that people receive treatment for.

While men accounted for four in every five cases over the reporting period. 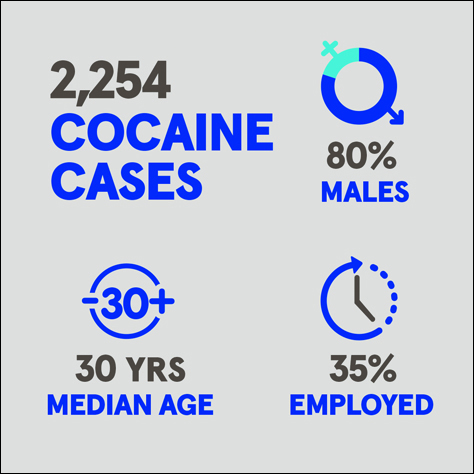 The HRB says a high level of unemployment was found among cases treated in 2018, as in previous years.

The most common additional drugs reported among cocaine cases were alcohol (56%), cannabis (48%) and benzodiazepines (24%).

Dr Darrin Morrissey is chief executive at the HRB.

He says: "The 50% increase in cocaine dominates the figures published today.

"It represents the majority of the increase in all treatment cases.

"HRB figures show a consistent rise in treatment for cocaine since 2013 with the biggest increases in 2017 and 2018 and highlights a changing pattern of drug use during the recent economic recovery".

"Drug treatment data is an important source of information because it is an indicator of the harms of drug use among the general population.

"By providing timely data the HRB can help increase awareness of risk, but also inform decision makers who can make appropriate responses to reduce harm and support recovery based on evidence".

Dr Suzi Lyons, a senior researcher at the HRB, adds: "Just over half of the cases treated for problem cocaine use had never been in treatment before.

"The fact that people are seeking help is encouraging, particularly because many also used other drugs such as alcohol, cannabis and benzodiazepines and mixing drugs in this way can impact on recovery and increase the risk of overdose".

€300k worth of cannabis seized in Tipperary and Carlow